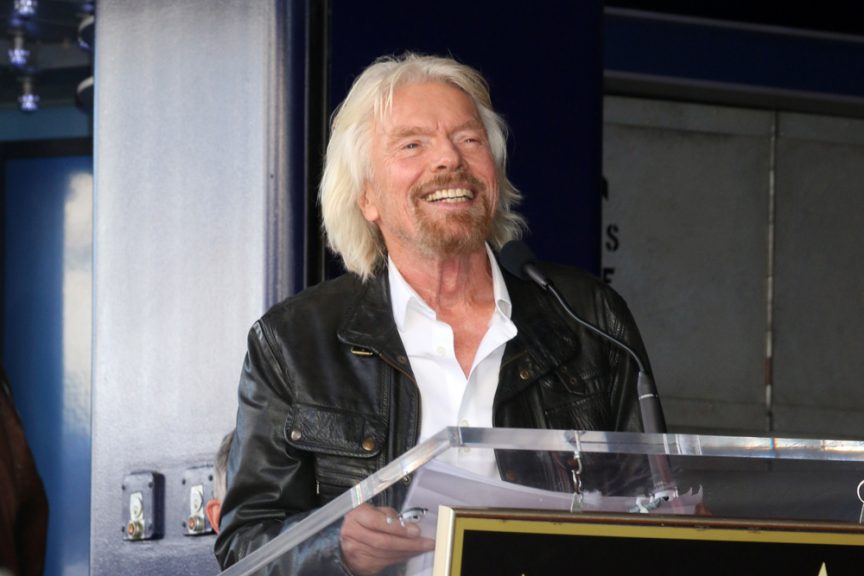 The transportation mogul recently announced his company’s partnership with Brightline, a high speed rail network connecting multiple cities throughout the Sunshine State. As Branson’s plans for expansion come into focus, the privately funded train provides insight into what the future of rail transportation may look like.

Sir Richard Branson, billionaire founder of the multinational conglomerate Virgin, has made high-speed rail his newest project. After tackling airlines, cruise ships, and even space exploration, Branson has partnered with the operators of Brightline, a high-speed passenger rail line that opened in January 2018. The line moves passengers at lightning speed across South Florida, from Miami to West Palm Beach.

This year, Brightline reintroduced itself to the public as Virgin Trains, acknowledging the British business magnate’s role in managing the rail line. Brightline’s goal in this partnership is to leverage Branson’s expertise in the transportation space to expand service to Orlando and Tampa within the next few years, while Branson’s stated goal is to “alter perceptions and traveling habits across the United States.” If we’re lucky, both parties will get everything they want out of this exciting merger.

High-Speed Rail Success in the US

Plenty of companies and politicians have toyed with the idea of building high-speed rail infrastructure in the US. The controversial Green New Deal recently proposed by Democrats in Congress suggested high-speed rail as a future alternative to air travel in a long-term effort to reduce carbon emissions. Another business mogul with experience in transportation, Elon Musk, has proposed high-speed rail lines connecting several cities across the country, including Chicago and Los Angeles.

But as attractive as the prospect of high-speed rail might be, executing on that promise has proven difficult. California’s planned bullet train from San Francisco to Los Angeles seems all but scrapped, with governor Gavin Newsom declaring that the project is simply too far over budget at this stage to continue as planned. Critics point out that the US is less densely populated than places like Europe and Japan, where high-speed rail is thriving.

But despite all this, Brightline has been serving a steady stream of satisfied Floridians for over a year now, delivering all the benefits over flying that its biggest supporters have promised: fuel efficiency, cost, and speed. Taking passengers between the state’s two most popular tourist attractions at speeds of 125 miles per hour, it’s no wonder that the project attracted Branson’s attention.

Beyond toying with the idea of private space travel, Branson has been working on modernizing rail travel for some time now. In 2017, he revamped his Birmingham train station in the UK, outfitting it with the latest technology and redesigning it for greater efficiency. And last year, Virgin Trains partnered with Amazon to provide customers with the ability to purchase tickets using only their voice and the AI assistant Alexa.

Virgin’s move to take over Brightline’s operations fits neatly into Branson’s mission to fight the perception of train travel as old-fashioned with sleek, modern, and above all else, practical passenger rail lines. “We have a long history of creating innovative businesses that shake up markets and establish loyal followings,” Branson wrote in a post to his blog. “We transformed domestic air travel with Virgin America and have spent more than a decade looking for a similar opportunity to change the face of American railways.”

Preparing All Rail Lines for a Bright Future

All indications seem to suggest that Brightline will expand in the coming years, bringing even more people to their destinations at speeds far faster than conventional rail lines. But operators of these traditional lines don’t have to fret — they have access to technology that can minimize delays and ensure their passengers enjoy fast and safe service. With the help of Midwest Industrial Supply, Inc.’s innovative rail switch lubrication products and application systems, rail operators can prove just how reliable train travel can be.

Keeping rail switches lubricated is critical to preventing slowdowns and accidents, but many solutions fail to stay effective when conditions get rough. Our patented rail switch lubricant Glidex®, on the other hand, can be applied to rail switches, coupling rods, and other vertical surfaces at any time of the year. When used correctly, the non-corrosive synthetic fluid minimizes friction while withstanding dust, precipitation, and freezing temperatures, ensuring peak performance throughout the year and reducing the need for reapplications.

Whether they’re modern or traditional, newfangled or old-fashioned, passenger or freight, rail operations can leverage Midwest’s cutting-edge technology to ensure people and cargo get where they’re going safely and on time.