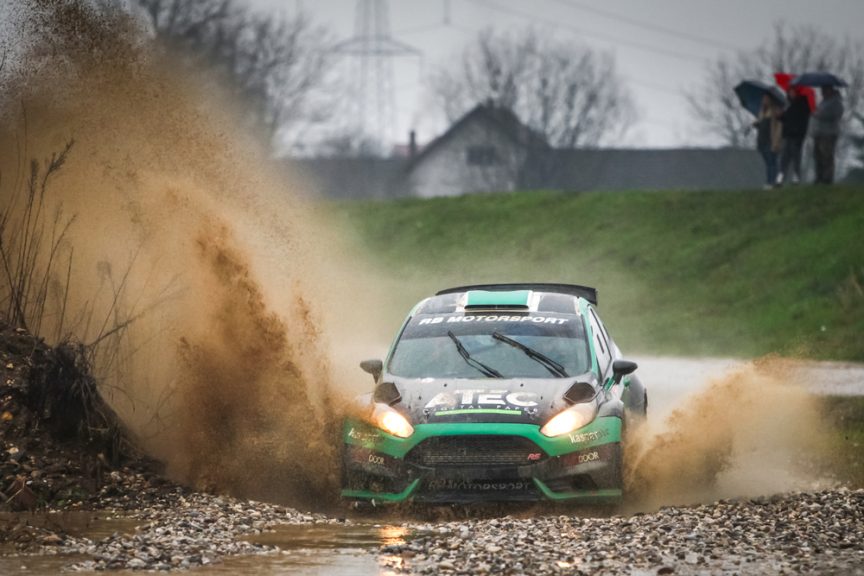 Ready…get set…gravel! Check out our list of the greatest cars to ever complete a rally on an unpaved track.

Amongst the many kinds of popular motorsports, from NASCAR to drag racing to demolition derbies, none are quite as exciting as the rally. Unlike other forms of racing, rallies typically take place on unpaved roads constructed with dirt or gravel, making for a much more dynamic and unpredictable competition.

Adding to the rally’s general appeal is that the race tests the same class of car that you or I use to commute to work every day, save for a few modifications outlined by the International Automobile Federation. Just take a look at these all-time great rally cars that dominated dirt and gravel tracks all over the world — you might recognize one from your own driveway!

With a string of World Rally Championship (WRC) victories that started in 1989 and continued nearly uninterrupted throughout the early 90s, the Toyota Celica easily cemented its place as one of the most effective vehicles ever to race on an unpaved track. To this day, it’s rare for cars with all-wheel drive to win rallies: the Celica GT-4 was the first non-European car with all-wheel drive to ever score a victory. And given the automaker’s recent triumph in last year’s WRC Manufacturers’ contest with the Yaris, it seems that Toyota still has plenty to offer the racing community.

#WRC | It's an exciting rally down under for the @MSportLtd Ford World Rally Team! @SebOgier is fighting for his second @OfficialWRC title in the Ford Fiesta WRC. #RallyAustralia pic.twitter.com/m9hBD59OMm

You wouldn’t expect it from a car called the Fiesta, but when it comes to winning rallies, Ford’s supermini offers far more than fun and games. It was used to win two WRC Drivers’ titles in 2017 and 2018, as well as a Manufacturers’ title in 2017. And the Fiesta isn’t the only Ford car that’s been a hit on the track: the Escort and the Focus have also both scored major victories in recent years, though the Fiesta is by far their most successful model in this respect.

In 2013, the German car producer Volkswagen showed it can get down and dirty with the best of them by winning the Manufacturers’ series their very first year participating in the WRC, ending an unprecedented winning streak by French automaker Citroen. To top it all off, all-star driver Sebastien Ogier broke the record time for the event at that year’s Monte Carlo rally.

Mitsubishi has only won a single Manufacturers’ title — back in 1998 — but the Lancer Evolution scored four WRC Drivers’ titles between 1996 and 1999. Sadly, the car was phased out in 2015 after it failed to build on that success. Oh well — the Japanese manufacturer will always have the memories!

Also hailing from Japan, Subaru saw a string of rally successes in the mid-90s with the Impreza, as the company won Manufacturers’ titles three years in a row between 1995 and 1997. Meanwhile, it was the car used by three Drivers’ title winners between 1995 and 2003: Scotland’s Colin McRae, the UK’s Richard Burns, and Norway’s Petter Solberg. With superstars like these driving the car to victories throughout the WRC’s golden age, there are few cars more strongly linked to the sport than the Subaru Impreza.

Keeping the Unpaved Path Ahead Smooth

Rallies are wildly exciting, but most people traveling down an unpaved path aren’t looking for too much excitement. If you operate and maintain a road with a dirt or gravel surface, you want to ensure that drivers don’t need a supercharged engine and world-class skill to navigate them. To keep drivers who use your company or municipality’s unpaved pathways safe, you can count on the experts at Midwest Industrial Supply, Inc., to offer you a proven soil stabilization solution.

Our 40+ years of experience creating pavement-like strength from unpaved road materials for clients across a wide range of industries means that Midwest is well prepared to handle the problems impacting the structural integrity of your gravel or dirt road. Our products mix with your road’s native soils to engineer a durable surface that resists erosion, moisture, and pressure. And we’ve helped hundreds of our clients make conditions safer, cut down on maintenance costs, and extend the life cycle of their roads.

Want to keep your roads safe and strong? Then race to Midwest for a soil stabilization solution that’s just right for your needs.