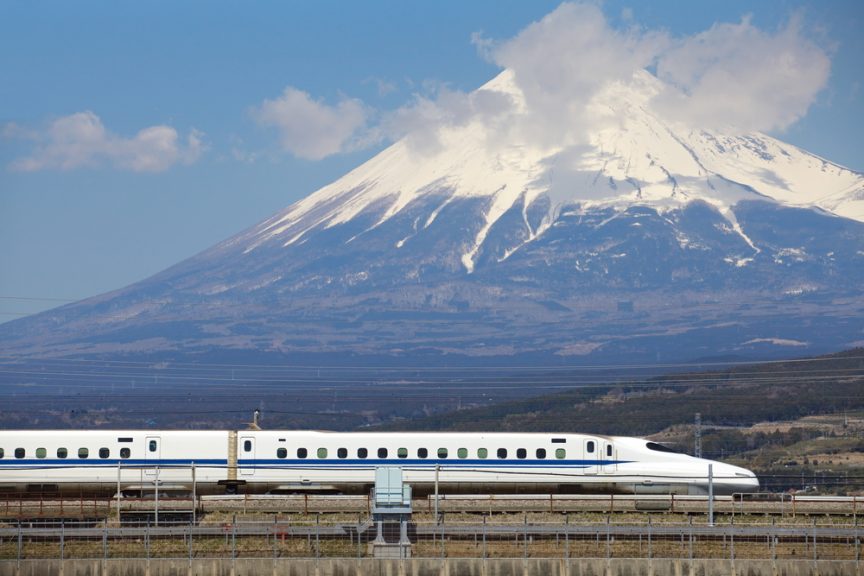 High-speed “bullet” trains are being engineered across the world. Why has this technological marvel yet to make its way into American infrastructure?

They’re taking passengers from Tokyo to Kyoto, and from Paris to Avignon. They’re scattered across Europe and Asia, with China laying claim to some of the fastest in the world. They’re even popping up in countries like Uzbekistan. So why is it that the United States still doesn’t have an operational high-speed rail line?

There’s been plenty of talk in the US of installing “bullet” trains, which use magnetic levitation (maglev) technology to reach speeds of 200 mph or higher. Elon Musk has announced plans to build lines in Chicago, Los Angeles, and between New York and Washington, but none of these projects are close to getting underway. Meanwhile, California’s plan to install high-speed rail connecting Los Angeles and San Francisco is behind schedule, over budget, and under constant threat of being dismantled by political opponents.

So why is it so hard to build a working version of the technology that commuters across the rest of the world have fallen in love with? It’s a complicated answer — high-speed rail is a thorny political issue, making it incredibly difficult for even the most spending-happy state governments to get projects approved.

Though the High Speed Ground Transportation Act passed in 1945 laid the groundwork for future projects well before the invention of maglev, America’s huge infrastructural developments in the ensuing years were largely focused on the automobile. While our highway system rapidly advanced, our rail networks received far less in government subsidies.

Today, however, we find ourselves in an entirely different situation: US infrastructure is in notoriously poor shape, and governments are doing everything they can to reduce congestion on our crowded highways. But in spite of this clear need for a new approach to transit, high-speed rail projects remain the subject of political gridlock. The fact is that there are considerable barriers to getting such projects completed in this country, some of which extend beyond political infighting.

The simplest explanation for why high-speed rail has been such a non-starter in the US is that it’s an expensive undertaking. That means that politicians who make the case for such projects must deal with the fallout from citizens concerned about spending, as well as any delays in traffic that may be caused if a proposed project intersects with a highway. Cost-benefit analyses of such projects tend to make them look inferior to modes like driving and flying, especially if they fail to consider major long-term factors like environmental costs.

Another issue is that this country simply isn’t populated in a way that’s friendly to major rail projects. America’s sprawling suburbs are less naturally suited for rail than the more densely populated urban centers of Europe, and would force many would-be passengers to drive to the train station before embarking. Changing this would take years and years of significant change to how we use land and plan our cities.

While it looks like some time remains before we ever bring high-speed rail to the United States, today’s existing rail operators still have access to innovative technology that ensures peak performance year-round. With over 40 years of experience providing patented rail switch lubrication, anti-icing, and deicing products to transit systems and other rail operators, Midwest Industrial Supply, Inc. has what it takes to keep our current infrastructure solid for decades to come.

Whether you’re looking to protect your lines from ice and snow or keep switches lubricated to prevent slowdowns and accidents, Midwest can develop a turnkey application program that’s perfect for your needs. While the country continues to debate the need for bullet-like speed, rail operators can make sure passengers arrive to their destinations on-time with the help of Midwest.