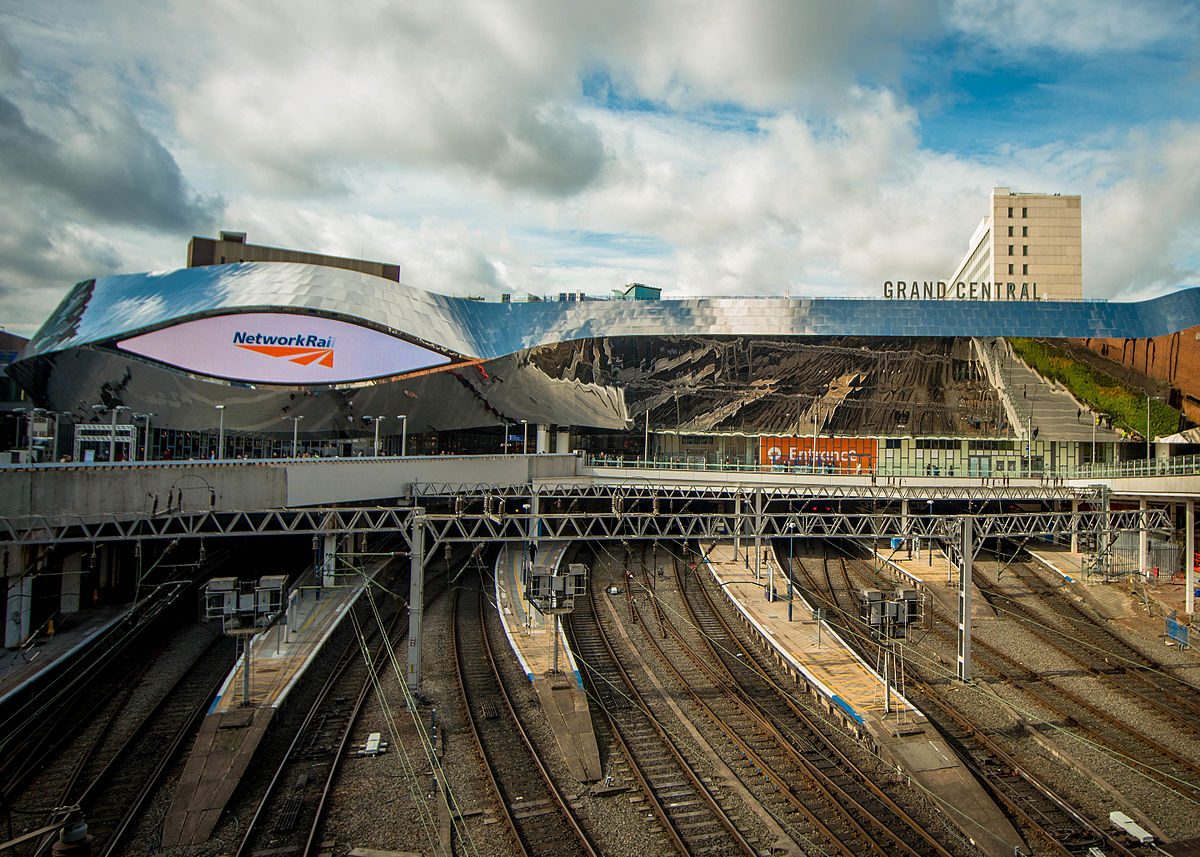 Can a new train station on the cutting edge of technology in Birmingham, England, boost interest in UK rail travel

Opened in 1976, the Birmingham International railway station is located just east of the city of Birmingham in the West Midlands. The station is a busy place, as it serves rail passengers trekking throughout the UK, as well as international travelers via direct link to the nearby Birmingham Airport. Virgin hopes to revitalize the industry by transforming this popular travel hub into an image of what the future of rail travel might look like.

Instead of a traditional ticket window, the Virgin Trains Birmingham station features a walk-up “welcome desk” where guests use touch-screen service pods to buy tickets or look up trip information. Other flourishes include wireless charging stations for smartphones and laptops, as well as free Wi-Fi.

Virgin Trains even thought of travelers who drive their cars to the station, many of whom end up frustrated by long wait times to pay for parking. Customers at the Birmingham station can now settle their parking fee by refilling the meter through the station’s cashless payment system with payments of up to £30 at a time.

Virgin Trains executives say the £1 million upgrade was implemented with today’s tech-enabled travelers in mind, particularly those who buy their tickets via mobile devices prior to boarding. “In the last year alone, we’ve seen a fivefold increase in the number of customers using paperless tickets,” says Virgin Trains General Manager Natasha Grice. “More and more are now arriving at the station having bought their tickets.”

But for those guests still glued to their mobile devices, Virgin Trains’ Explorer App steers travelers to the proper platforms in real time. The in-station app also translates station signs into the user’s native language, if needed. After an initial launch at London’s King’s Cross station, the app is now functional at any Virgin Trains location along England’s eastern coast.

UK officials hope that these futuristic enhancements will boost rail travel throughout the country. Dame Caroline Spelman, a member of Parliament for Meriden in the West Midlands, spoke at the opening of the remodeled train station. “I am certain,” she said, “that the new and improved ticketing facilities and more accessible concourse will not only improve the experience of rail passengers traveling to and from the station, but will also encourage more people to make journeys by rail.”

Great Britain’s rail system is well-traveled — according to the UK’s Office of Rail and Road, between 2015 and 2016, the nation’s rail system recorded 1.72 billion passenger trips. With so many people depending upon railways for reliable transportation, operators must provide an efficient and uninterrupted rail service.

For further protection during snow and ice storms, Midwest’s lineup of anti-icing and deicing solutions eliminate the need for expensive manual de-icing of railway tracks. Ice-Free Switch® can be applied before a severe weather event to melt ice and snow as it falls, even at temperatures as low as -70 degrees Fahrenheit. Midwest’s ice-busting products keep trains running even when snow and ice threaten to delay passengers from their destinations, regardless of where in the world they may be going.