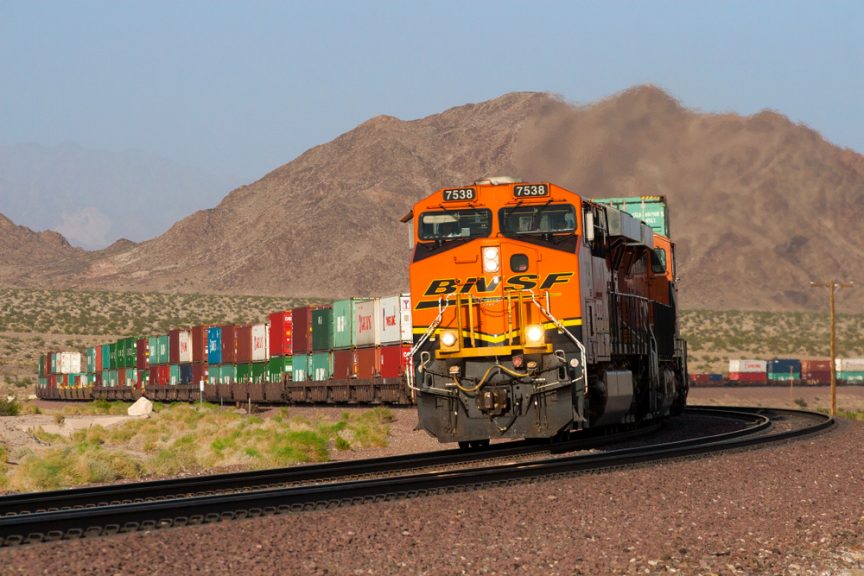 Though the year is still young, it’s already looking extremely promising for freight rail operators. Here are the primary factors contributing to the sector’s success in 2019, and how major industry players plan to capitalize in the coming months.

The past quarter has been a highly profitable one for freight rail operators, with intermodal volumes rising by 1% in just the first six weeks of 2019. In fact, growth has come at such a rapid pace that some market analysts believe the industry could be headed for a long-term boom over the next few years.

Rail’s success in 2018 and the start of this year Is due in large part to a healthy US economy, which creates more demand for transporting goods across the country. At the same time, the market research firm Zacks says freight rail companies’ efforts to make their operations more cost-efficient have also played a major role in the recent upsurge.

Let’s explore in more detail why a robust domestic economy has been such a major contributor to rail’s growth in recent months.

Greater consumer confidence is leading retail and commerce companies to either order or manufacture more goods, which in turn is generating more demand for transporting these goods. Moreover, the US dollar has shown surprising resilience as other currencies have struggled in recent years, which only offers more reason for optimism across the industry.

Another major economic trend that has been largely beneficial for freight rail companies is the rise of eCommerce and on-demand shipping. Limited truck supply and the need to remain flexible in order to meet increasingly high consumer demands has pushed many shippers to increase their reliance on intermodal shipping — the use of two or more forms of transportation.

Given how crucial a role rail plays in the movement of traditional commodities like coal and the growing eCommerce market, the industry seems to be only getting stronger in response to these significant macroeconomic shifts.

In addition to these broader trends, Zacks cites a consistent effort on the part of rail operators to decrease their operating ratio, a metric that measures operating expense as a percentage of revenues. As companies like CSX, Union Pacific, and Canadian Pacific move to more consistently employ the precision scheduled railroading model, the subsequent increase in efficiency and decrease in costs has had an unmistakable impact on profits. CSX, for example, says that the company is on track to reach an impressive operating ratio of 60% this year, while Union Pacific hopes to do the same by 2020.

This stellar, industry-wide performance has led Zacks to give the freight rail sector a “Zacks Industry Rank” of #58, placing it squarely in the top 25% of almost 300 industries around the world. Moreover, according to the firm, freight rail has outperformed both the transportation industry as a whole and the S&P 500 over the past year.

While conditions like a booming economy and the growing influence of eCommerce are likely to continue well into the future, another contributor to freight rail’s growth — its dedication to cost-efficiency — will depend on a number of crucial operational decisions. And finding new ways to cut costs without impacting productivity requires rail companies to invest in innovative solutions and technologies in order to overcome everyday obstacles to smoother operations.

One such obstacle is the impact on service caused by the buildup of ice and snow on rail switches. To solve for the challenges these adverse conditions create, Midwest Industrial Supply, Inc. offers innovative products and application methods designed specifically for the rail industry.

Ice and snow can cause serious damage to rail equipment while delaying shipments, but operators can avoid this problem altogether by applying Midwest’s rail switch anti-icing agent Zero Gravity, which leverages Smart Fluid technology co-developed by NASA’s Ames Research Center to prevent the buildup of ice and snow on switches. What’s more, it stays on in even the harshest of conditions, reducing the number of re-applications required to ensure its effectiveness.

The freight rail industry has a massive opportunity to set itself up for a boom period that could last for decades. Midwest’s anti-icing and deicing solutions can be leveraged to ensure that they seize it.