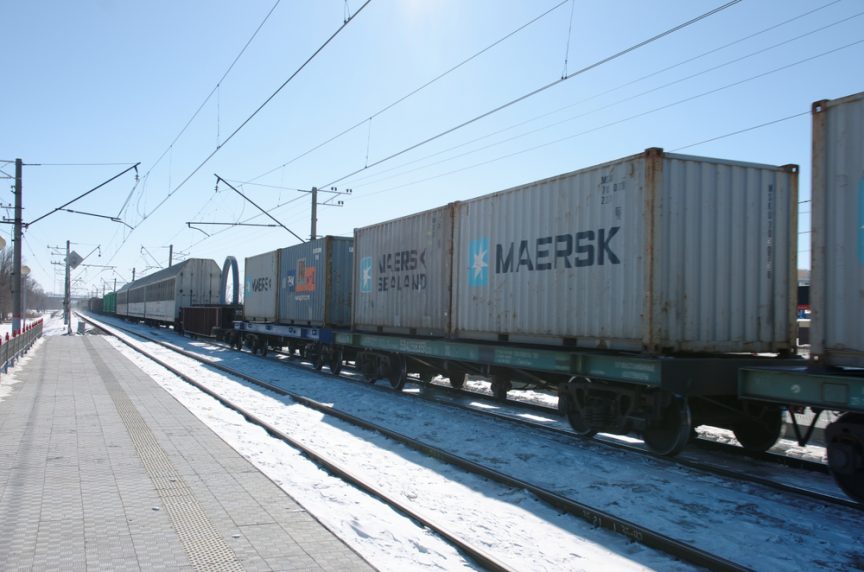 Last winter’s brutal conditions proved difficult for Vancouver’s rail transit industry, and long delays are causing shippers throughout North America to worry that they may be in for a repeat this year.

Dwell times for containers at Vancouver’s primary shipping port have been abnormally long since September, as they surpassed five days just last month. Shippers in Canada and the US have expressed concern about a repeat of last year’s holiday season — which saw transit lines choked with massive congestion and delays — and they’re starting to see their fears confirmed by these extensive delays.

DP Canada, the operator of the Centerm container terminal at the port of Vancouver, blames the long dwell times on a “bunching” of vessels from Asia that has contributed to record container volumes this year. “We don’t see it as a precursor of winter,” said Maksim Mihic, DP’s general manager. “It’s just that the vessels are now full.”

Regardless of whether it’s high demand or inclement weather that’s causing the delays, shippers are concerned that service going in and out of Vancouver will once again suffer during the holiday season.

Freezing temperatures and precipitation are contributing to larger trends that have been pushing average dwell times upwards over the last few years. Beyond the steadily increasing container volumes, unpredictable fluctuations in demand and rising consumer expectations for delivery speed are also increasing shippers’ workload and making it more difficult to move incoming containers efficiently. Instability throughout the industry is also complicating matters for shippers — the bankruptcy of the major South Korean shipping company Hanjin left hundreds of boxes abandoned at terminals all along the West Coast.

That being said, winter weather is one of the primary obstacles the port of Vancouver faces in attracting new business in the United States. The city’s penetration of the US market is growing, but in order to build on that success, the operators of both the port and the railways that connect the Canadian metropolis to North American shipping routes must work to ensure operations remain as efficient as possible throughout the long winter ahead.

Canadian Rail Gears up for Winter

Two major national rail agencies, Canadian Pacific and Canadian National, connect the port of Vancouver to cities across Canada, as well as to Chicago and other American destinations. In an effort to avoid the delays that marred last winter, these operators have bolstered their staff and made significant network improvements. Canadian National has spent 2018 adding 60 new trains and broadening its network capacity — improvements that the company insists are already showing an impact.

“CN’s car supply is good and the system is fluid,” says company spokesman Patrick Waldron. “We continue to see improvements as we complete capacity expansion projects on our core routes between the West Coast and Chicago, particularly in western Canada.”

But few things are more difficult to predict than Canadian weather. Even with all the work these rail agencies have put into winter preparedness, preventing delays caused by ice forming on rail switches requires the proper application of cutting-edge anti-icing and deicing solutions.

That’s why Midwest Industrial Supply, Inc. been a major asset for over 40 years to rail operators around the world seeking to protect their supply chain infrastructure from winter weather.

Our patented Zero Gravity technology was formulated in partnership with NASA and the Ames Research Center, and it can be used to both proactively prevent the buildup of ice on railways and break it down once the ice has already formed.

Whether you’re a transit agency connecting commuters to their city or a industrial rail agency ensuring goods arrive at their destination on time, Midwest can help you ensure that your trains are safe and running efficiently throughout the winter season.