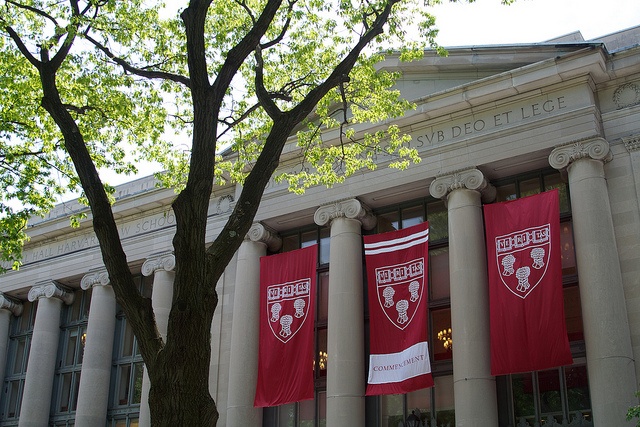 The EPA’s controversial Clean Air Act has spawned a fiery debate — this time amongst colleagues in the most prestigious of classrooms.

Several notable Harvard Law professors appear to be engaged in a virulent intellectual clash over the constitutionality of measures recently proposed by the EPA that would require companies to substantially reduce carbon emissions.

In a larger sense, this battle foreshadows what’s to come in the actual legal sphere once the EPA moves forward with the measures.

The hubbub all began when renowned Harvard Law Professor Laurence Tribe — a former employee of the Obama administration and alleged “mentor” to the president himself — spoke before Congress, expressing his concerns regarding the EPA’s plan to regulate greenhouse gas emissions from power plants under the Clean Air Act.

An indisputable expert in the field, Tribe claimed that the EPA’s plans were unconstitutional and unlawful and expressed serious concern with the agency’s authority, which he believes is in need of regulation itself. He suggested the EPA’s regulatory power should not, in any case, extend so far as to demand that the power plants reform.

The debate heated up when two of Tribe’s colleagues at Harvard Law, Richard Lazarus and Jody Freeman, decided to challenge his analysis. Their retorts were posted to the Harvard Law School website, and expressed their disagreement with his accusations of the policy’s unconstitutionality.

Though their response wasn’t a full-throated defense of the Clean Air Act, they systematically addressed the issues that Tribe raised, claiming that his “sweeping assertions of unconstitutionality are baseless.”

However, this academic clash is only a microcosm within a much larger context — each professor (or pair of professors) represents one side of the worldwide disagreement over the EPA’s authority to legally limit carbon emissions.

The debate is a small but poignant preview of the actual legal battle that the EPA is likely to face in the near future, one that will surely raise legitimate issues over the authority and command of the agency.

Other experts in the field have raised similar concerns about the scope of the EPA’s power, and there’s no doubt that this hot-button issue is only going to further heat up.

What’s the Next Move?

Other parties believe this argument is merely a diversion from a serious consideration of climate change policy. Rather than debating the scope of the EPA’s authority, they maintain that the focus should be on developing technologies and implementing infrastructures that stabilize greenhouse gases and minimize emissions. Although this is easier said than done, it’s a valid point to be considered.

When it comes down to it, actions speak louder than words, and individual companies and institutions can and should do whatever is possible to limit their emissions on their own terms, and not because the EPA demands it. Midwest Industrial Supply, Inc. is an expert in helping heavy industry operations accomplish just that.

We help guide companies across a wide range of industries through the process of working to minimize emissions and other harmful environmental impacts — without compromising efficiency, quality, or cost-savings. Contact us today to find out more about how we can help you plan for a better tomorrow.