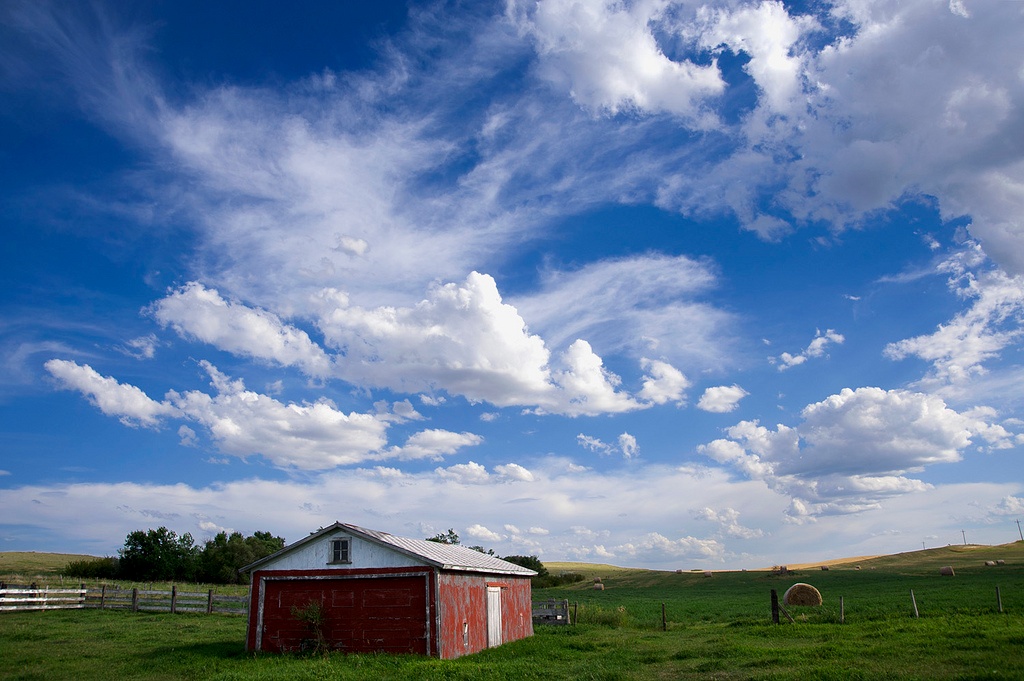 Although dirt roads will always kick up a bit of dust, a recent report from the University of North Dakota has brought a veritable sandstorm of controversy to rural areas. The problem with airborne dust particles is that they aren’t just annoying — they pose a serious threat to livestock, the environment, and our health.

Weather, traffic, and soil quality are all to blame for the clouds of airborne dust particles you can spot on unpaved roads. And when they’re dense enough, these clouds sometimes affect visibility and safety. Rural communities interconnected by gravel roads already know plenty about the dangers this issue can pose, but a study from the University of North Dakota has shown that the problem may be bigger than anyone thought.

The Bakken Magazine details the findings of the University of North Dakota’s dust study, which began early last summer. The research was carried out in Mountrail, McKenzie, and Williams Counties over 27-to-36-day periods starting in July and ending in October.

To measure the particles in the atmosphere, canning jars were placed on metal posts to collect floating dust. A traffic counter provided data on the frequency of nearby road use.

The Problems Caused by Dust

According to the report, exposure to airborne dust has the potential to create serious health problems — ones that should worry people living near gravel roads. We already know that airborne particles make it harder for drivers to see where they’re going and can cause short- and long-term respiratory issues, but the study found that dust in the air doesn’t only pose a danger to humans.

In rural areas, crops and livestock can be affected, too. Dust can clog up and block the stomata of various plants, cutting off the exchange of gases that plants need to complete photosynthesis — the process that forms the basis of their very livelihoods.

Airborne dust also makes them more susceptible to pests and disease, posing a significant threat to crop yields. Meanwhile, livestock animals can suffer from dust pneumonia, pink eye, and the deterioration of their teeth, to name just a few of the issues that road dust seems to kick up.

When an issue like airborne dust threatens a community, many people turn to the government and demand more regulations. However, getting the government involved would require additional, costly studies and put miles of red tape between citizens and the health of their community. The better option would be to tackle the issue head-on.

When it comes to unpaved roads, states like North Dakota should evaluate all the options at their disposal. A team of dust control experts like the one at Midwest Industrial Supply, Inc. can advise them on how to keep dust out of the air and combat erosion by stabilizing their gravel roads.

Designed especially for this kind of problem, Midwest’s Dust Fyghter LN100 is a spray-on solution that uses polymers to bind the surface of the road together, preventing fine particles from escaping. The result is a tough and durable surface that’s skid-resistant, freeze/thaw stable, and easily applied with water sprayers. It’s cost-effective, biodegradable, and doesn’t require heavy machinery to install.

Another approach would be to utilize Midwest’s EK35® dust control product. This system was originally designed with gravel runways in mind, but it works just as well on unpaved roads. EK35 is an organic fluid system binder that agglomerates the dust particles, making them larger and less capable of lifting into the air and penetrating our respiratory systems.

It binds the road surface together and increases CBR at the same time, creating a stronger road and significantly lowering the density of airborne particles.

Midwest has a whole range of road stabilization and dust control options that go from simple spray-on solutions to seven-step applications. So no matter why you need dust control, where you are, or what your budget is, there’s a Midwest solution that’s just right for your community.

All counties with dirt roads should look into treating their unpaved surfaces. Above all, the study in North Dakota tells us that dust isn’t just a minor annoyance — it’s a danger that can affect our health, kill our crops, and seriously harm our livestock. Call Midwest today and nip your dust problem in the bud.