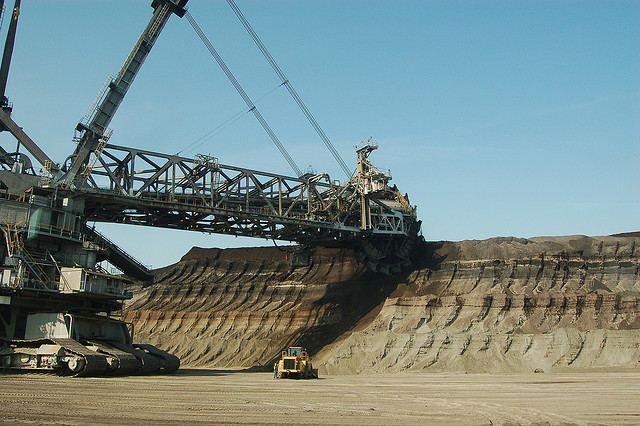 According to a new report on Canada’s labor market, the country added thousands of jobs last month in the natural resource and energy industries. The benefits are clear: more energy production means more jobs, and, in turn, a booming economy.

As other industries in today’s global labor market struggle with low employment numbers, the natural resource and energy industries — particularly in Canada — offer a strong source of employment, not to mention a substantial economic boost.

While Canada’s job market has experienced its fair share of turbulence lately, one bright spot emerges shines through the struggle. At first, the end of 2014 seemed to bring some bad news, as StatsCan claimed that December saw a loss of 4,300 Canadian jobs.

Things are rosier than they seemed, however, according to another, more recent report — updated numbers show that the country actually added 21,800 jobs in December, according to the Huffington Post. Most of this unexpected growth came from the natural resource and energy industries, which now offer some optimism in an otherwise shuffling job market.

The growth of these industries is a somewhat surprising turn of events, given the recent decrease in global oil and commodity prices. Most understandably believed that this apparent decline in revenues would lead to a decrease in jobs.

Canada isn’t the only region where the natural resource and energy industries are driving job growth. Against expectations, employment levels in the natural resource and energy industries in North Dakota and Texas — the two largest oil patches in the United States — have also steadily risen, even following the large drop in oil prices, according to another Huffington Post article.

The higher payroll levels and decreased oil prices have surprisingly been a major boon to both local and national economies. Companies are projecting that their oil output will continue to increase, hopefully adding even more jobs in the future.

Whether we’re talking about the United States or Canada, the natural resource and energy industries are two of the most important sectors within the economic system. These industries provide literally millions of jobs, and not just at the lowest level, as Energy Tomorrow explains — high-paying positions that require equally high levels of skill have proven just as essential, according to the Coal Association of Canada.

The mining industry in particular provides benefits on several economic levels, as it employs workers across all wage brackets, all of whom who are responsible for extracting materials that will eventually be used to produce the energy that the world depends on. The mining industry not only produces jobs that stimulate the economy, but also provides the very means for our economic system to exist.

The mining sector depends on both the safety of its workers and the well-being of the land from which resources are extracted. To help keep workers and the mining environment functioning at peak levels, mine operators must adhere to strict regulations that require the use of the highest-quality products and technologies available.

Midwest Industrial Supply, Inc. offers products of this caliber, supplying mine operators with the most effective and environmentally-friendly solutions around.

Although conditions appear less than ideal for the current job market as a whole, the energy sector offers a small but significant sign of economic growth. Not only are these industries thriving, but they’re primed to grow even more. With Midwest’s help, they can meet all government regulations and add more jobs, building on the economic progress they’ve already inspired.