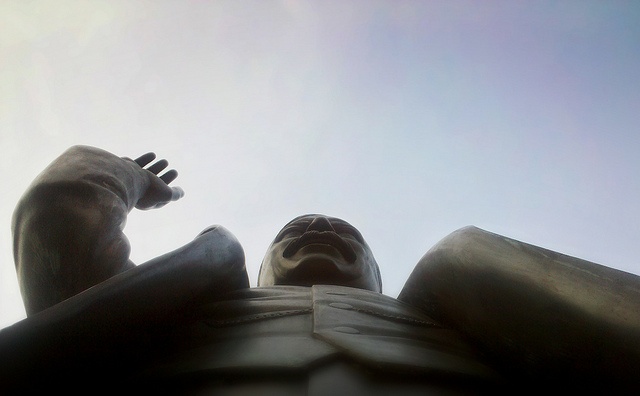 With plans for development recently announced in Theodore Roosevelt National Park, this site has become a symbol to many of the conflicting imperatives of industry and conservation. It doesn’t have to be so — read on to find out how.

It was in 1883, during a buffalo hunting trip, when Theodore Roosevelt first fell in love with the North Dakota Badlands, according to NPR. One year later, Roosevelt returned to the area, built a large cabin alongside the Little Missouri River on a rustic meadow, and named the homestead Elkhorn Ranch.

Nicknamed the Walden Pond of the West, Elkhorn offered the future president a boreal retreat after the devastating deaths of his wife and mother in the same day, in the same house, as the New York Times explains. Superintendent of the Theodore Roosevelt National Park Valerie Naylor elaborates, “He was devastated. So later in the year, he came out here to mourn — and really to leave his life in New York behind and to become a cattle rancher in Dakota Territory.”

Since the founding of the ranch over 130 years ago, the property has been an area of interest for a number of different industries. Even during Roosevelt’s time, hunters, farmers, and lumber companies sought to capitalize on the site’s natural resources. More recently, the area has become the theater for a different kind of human activity.

In June 2012, the National Trust for Historic Preservation deemed Elkhorn one of the top endangered historic places. Around the same time, an oil boom swept the area, transforming the landscape and economy of the region.

One of the most tangible signs of this change has been plans to construct a bridge and oil access highway across the Little Missouri River, directly upstream of Theodore Roosevelt National Park’s Elkhorn Ranch Unit.

For those who oppose the bridge, its construction symbolizes Roosevelt’s paradise lost. Though the log ranch has all but disappeared except for the stone foundation, the majestic vistas and tranquility remain. But for the area’s communities in desperate need of work, the bridge represents hope for a better future.

Since the plans for the bridge were made known, other development projects have been bandied about. In early 2015, the U.S. Forest Service announced that a gravel mining permit had been issued to Roger Lothspeich, a local businessman, according to The Guardian. The agency has assured the public that the project won’t dramatically disturb the area.

For the past six years, Lothspeich and his fiancee Peggy Braunberger have been pushing for the permit, demonstrating that they possess the right to remove gravel and other surface minerals on the ranch’s 5,200 acres, as the Miles City Star reports. Technically, the mine site — projected to be 25 acres in size itself — will sit a few miles from Elkhorn.

Back in 2012, Lothspeich signed an agreement with the Forest Service concerning a reciprocal exchange of either federal land or mineral rights at another site. According to Lothspeich, the government’s response took too long, so he made the choice to move forward and mine gravel at the site. He explains that “there is a big demand for gravel, no question.”

Armed with a dozen or so workers, Lothspeich hopes to begin construction on the gravel operations in the spring.

Midwest’s technology capitalizes on shared areas of interest between industry and conservationists, effectively transcending the “us versus them” mentality. If these strategies are employed, local residents and nature lovers alike can rest assured that Elkhorn and the entirety of Roosevelt’s land will be treated with respect.