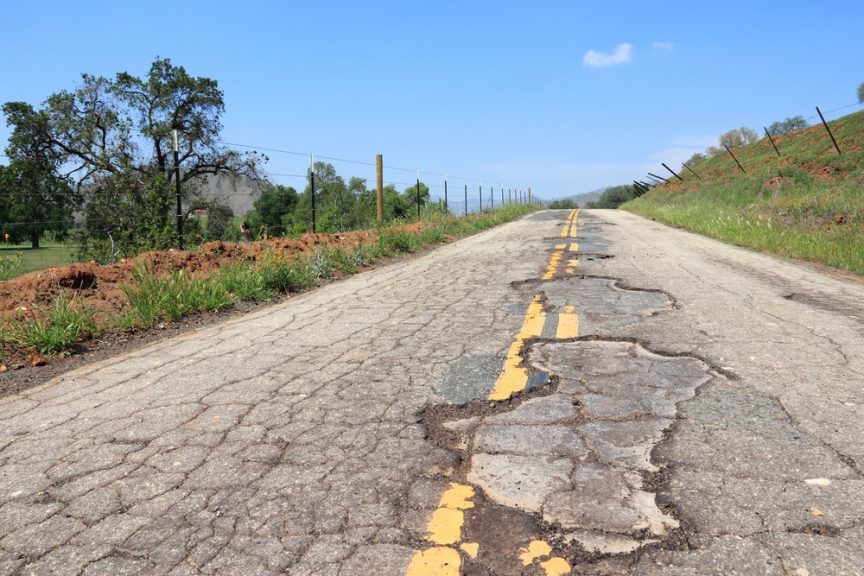 Some Background on America’s Crumbling Infrastructure

In May 2020, TRIP, a transportation research nonprofit, published a report that assessed the condition of rural America’s crumbling infrastructure. Its findings were not positive.

First, 50% of all rural, non-highway roads are rated between poor and fair. Roads in this condition have cracking, potholes and ruts, to the point that the TRIP report states they “often are too deteriorated and must be reconstructed.”

Second, rural roads are more dangerous than non-rural ones. While only 22% of the nation’s vehicle miles were driven on rural roads, 40% of all automotive fatalities occurred there. There are several reasons for this: rural roads are further from hospitals, have fewer safety features, often have fewer lanes and have higher speed limits.

Asphalt, energy and construction costs were cheap back in the 1970s and ‘80s when many low-volume, rural roads were paved. These costs have increased significantly, turning overlaying, repaving and rebuilding asphalt roads into a huge financial burden for local road agencies.

Road management budgets have stagnated or even shrunk. The COVID-19 pandemic has compounded this issue, as revenue from tolls and gas taxes have dropped due to reduced traffic. (Reduced traffic is expected to reduce state transportation revenues by 30% over the next 12 months.)

One side effect of tight budgets is that repairs and maintenance are often put off as long as possible. But this has a compounding effect, allowing roads to worsen more quickly, thereby increasing the costs of any future repairs.

As implied by the statistic above that 50% of roads are in fair or lower condition, many of these roads were built decades ago and are at the end of or even past their service design lives. Rebuilding paved roads at the end of their lives is astronomically expensive (see our past posts on road maintenance costs and the road management process) In fact, many road agencies are converting paved to unpaved roads at the end of their lives to save money over the long haul.

Vehicles and equipment in mining, agriculture and energy extraction have gotten larger and carry heavier weight than ever before, increasing the burden on and damage to roads, pushing them well beyond their design limits. This causes faster breakdowns and speeds up the time to road failure and the need to rebuild.

All of this adds up on America’s crumbling infrastructure and a completely unsustainable financial future. Agencies are behind on funding needed repairs, with little way to catch up. While the failure of rural roads certainly impacts local drivers and communities as well as the road agency responsible for their management, this failure also dramatically affects the rest of the nation.

We’ll be breaking down the findings of the TRIP report referenced above in regard to the economic impact of failing rural roads on four separate industries: tourism, agriculture, energy and manufacturing. These will be covered in four separate posts. We start with Tourism.

In one study, researchers found that approximately 15% of all nonmetropolitan counties in the contiguous United States were dependent on tourism. (By “dependent” they meant that these counties derived more than twice the income and jobs from tourism-related activities as the national average.)

The same attractive geographical and natural features that attract tourists also draw people to move to these areas. The decline in rural populations has slightly reversed in recent years, due to increased employment and a reduction in poverty. This migration includes retiring baby boomers looking for more natural resource amenities and improved quality of life. The contribution of incoming migrants are populations in these tourism-dependent rural counties that are slightly better educated, have slightly higher incomes and are less tied to farms.

This movement into rural areas also creates upward pressure on local housing markets. There are more seasonal homes in these counties than in nondependent counties. Combined with higher incomes and possibly different values for natural resource usage and land development, these factors may lead to new residents demanding different levels of social and community services, putting more pressure on local government and resource management agencies.

What all of this data translates to is the importance of rural roads as a network of accessibility. These roads keep money coming into these rural communities. Poor infrastructure, and therefore poor accessibility, repel tourists, restricting economic development.

America’s crumbling infrastructure also creates problems for new migrants to an area – especially for those who are elderly or demand higher levels of community services than current long-term residents. Meanwhile, crumbling rural roads facilitate challenges to the local community already there. Rural residents depend more heavily on transportation networks (by having to travel longer distances) to access education, employment, retail locations, social opportunities and health services.

Balancing America’s Crumbling Infrastructure with the Impact on Rural Economies

One viable solution is to downgrade the low-volume, paved roads that are in the worst condition to gravel roads, then use a comprehensive dust control and road stabilization program on current and downgraded gravel roads. This would reduce dangerous road conditions while spreading your road management dollars further to maintain more road miles.

Gravel roads have plenty of their own problems, but a proper dust control and road stabilization program, from a pioneer in the industry like Midwest, can alleviate many of those:

Tourism has a significant impact on many rural economies, while preserving these tourist destinations enriches our nation as a whole. Midwest’s dust control and road stabilization program can help local road agencies better manage the rural road networks that play a vital role in this industry.