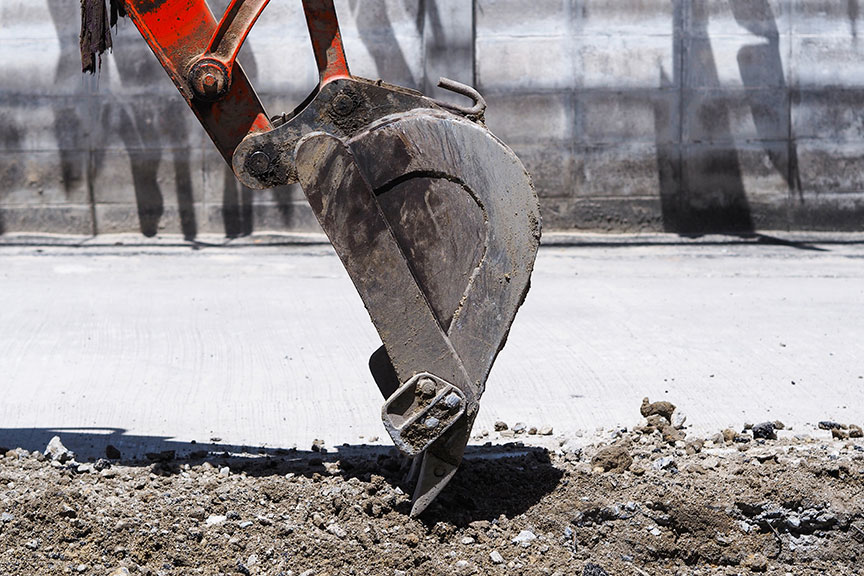 In a recent two-part series on how to think about the costs associated with unpaved roads, we introduced the idea that utilizing effective dust control and stabilization can allow you to create a road that has the low overall carrying costs of a gravel road but also has the strength and durability of a paved road. Today we’ll be tackling a rather innovative idea. Because of the cost issues explained in the two-part series mentioned above, many municipalities are (or are considering) converting paved to unpaved roads.

To many, this is a negative move, because of the association of gravel roads with poorer, more rural areas, as well as concern for the dusty conditions often created with unpaved roads. However, if the idea of creating a road with the maintenance costs of a gravel road but the strength of a paved road is possible, then reducing a paved road to a gravel road no longer has to be a negative thing.

There’s a growing movement of converting paved into unpaved roads. By 2015, road conversion projects had occurred in 27 states (including Minnesota, North and South Dakota, Michigan, Alabama, Pennsylvania and more). Why this growing trend?

Back in the 1970s and ‘80s, when asphalt and construction prices were low, many rural, low-volume roads were paved. Now, those roads are well beyond their design service life and need to be repaved. Local road agencies across the country have found it beneficial to convert to unpaved roads for the sake of cost savings.

Early in a paved road’s life, the maintenance costs are lower than those for unpaved roads. However, as the road ages and begins to develop problems, maintenance costs increase. And many local agencies put off dealing with these problems because of a lack of funding.

As these small problems go untreated though, they compound. This increases the financial burden to fix them, leading many agencies to revert to doing the bare minimal to keep them serviceable: typically quick patch jobs that are labor-intensive (and expensive for what you get) yet still leave the road in bad condition.

Eventually, the need to repave and rebuild roads comes along quicker than it might have otherwise, and few agencies, even with advanced warning, can handle the high capital improvement costs associated with these actions.

Take, for instance, Sherburne County, Minnesota. Upkeep costs for gravel roads amount to almost $1,900 per mile, compared to only $13.45 per mile for paved roads. This looks like a no-brainer. But when you look beyond the year-by-year metrics, a different story emerges.

One town in Sherburne County did just this. Between 2010-2013, they tackled the following projects:

The article reporting this story (linked above) concludes by estimating that the town’s paved roads will cost an estimated $232,529.90 per mile every 40 years, or $5,813.25 per mile per year… almost three times the maintenance costs of gravel roads in the county.

More local road agencies are waking up to this reality and finding cost savings by converting to unpaved.

A range of other trends are negatively impacting the costs of maintaining rural (both paved and unpaved) roads.

First, our nation is highly dependent on rural roads for transportation of food, energy and manufactured goods. And as population sizes and technology capabilities have grown, so have the vehicles handling this transportation. Larger trucks and equipment carrying heavier weight than ever before speed up the damage to roads, thereby increasing the frequency at which they need to be rebuilt.

This is especially difficult on roads already at the end of their service design lives.

Second, while road maintenance budgets have stagnated or declined,  the costs of asphalt, construction and energy have increased dramatically over the last half a century. This helps explain why the major renovation projects are so difficult for road agencies to manage in their budgets.

One study (cited here) found that preserving low-volume roads cost several hundred million dollars per year, over half of the total investment in roads. Lower traffic volumes make it hard to justify the cost of keeping up with disintegrating paved roads.

Fourth, as so many rural roadways from 50 years ago reach the end of their lifecycle near the same time, they present a growing safety threat. Research has found that fatality rates double on rural (paved) roads compared to other road systems, due to several factors: a lack of desirable safety features, longer emergency vehicle response times and higher speeds traveled on rural roads compared to urban ones.

The same research determined that every additional investment of $100 million in safety features for rural roads would save 44 lives and prevent 760 serious injuries. Given that 50% of rural roads are in fair or worse condition, there’s a lot of room for improvement. (For context, we have a $211 billion backlog in repairs and improvements needed for these roads.)

So what’s the impact of converting paved to unpaved roads?

Essentially, a fresh start for the road. It gets rebuilt, even though the cost to convert to gravel is a fraction of the cost to rebuild using asphalt. The road agency is able to stave off the cost of overlay, allowing maintenance budgets to go further. And rebuild costs are lower in the long term, for those inevitable points where gravel roads will break down.

But despite the financial benefits, there are some challenges to unpaving, which we’ll cover in a separate article. In the meantime, learn about Midwest’s solution to building semi-permanent gravel roads that keep your maintenance costs down while providing the benefits and characteristics of pavement.