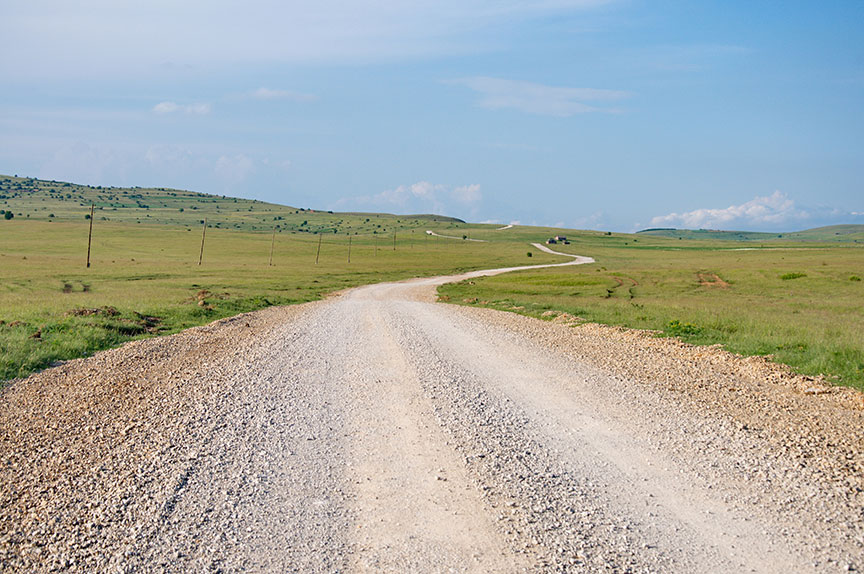 How far in the future do you plan your road maintenance costs?

Many county officials only make it through the next year, responding to needs as they arise. They track annual road maintenance costs using those numbers to make decisions going forward.

But even with such a short-sighted view, it’s easy to see the challenges ahead: rising maintenance costs, stagnating tax revenue, more wear and tear on roads from more vehicles (or bigger, heavier vehicles).

As roads near the end of their lives, those county and township officials who are looking a few years ahead feel the pressure of the large, one-off costs of reconstruction. No amount of planning can ease the challenge that those significant costs can pose to a local road maintenance agency.

One township in Minnesota saw these headaches coming 20 years early. The first decade of the century saw rapid population growth, and with it a lot of new paved roads. While these roads are relatively affordable to maintain at first, the township recognized that they would all age at the same rate, meaning by 2030 they will all need a new bituminous overlay.

So how can a township or county respond to these challenges?

The first step is to get a realistic picture of the road maintenance costs you’re facing.

In a soon-coming second article, part two of this series on unpaved road maintenance costs, we’ll address how to extend the lifecycle and performance of your unpaved roads, including addressing a new idea that has emerged from our research and experience at Midwest.

This conversation is particularly relevant to:

The Many Types of Road Maintenance Costs

Maintenance costs are just one part of the expense of keeping up roads. A 2012 study of Iowa county roads determined that there are two broad categories of costs. The first is carrying costs. These include:

The difference between renewal and upgrade costs are that renewal efforts are designed to get the road back to the shape it’s in today, while upgrade efforts are geared towards taking the road to the next traffic design level – capable of withstanding the new level of traffic volume the road is experiencing.

The problem with upgrade costs is that they can create a downward spiral, something we at Midwest refer to as “the toilet bowl effect.” This is because upgrade costs consume funding that could have been used for carrying costs – which potentially leads to a decline in overall road conditions.

As a result, both future carrying costs and upgrade costs are higher, creating a cascading budgetary challenge.

With the above context in place, we can now start to break down the differences in costs between paved and unpaved roads.

(As a caveat, it’s important to realize that road maintenance costs vary significantly from place to place; even performing the same service on roads just a few miles apart can cost different amounts. This is due to a large number of factors, ranging from local geography and climate to material availability.

Also, sources differ on exactly what activities are needed when, so your best bet is to work with a consultant who can evaluate your specific roads to determine the best mix of management activities. Midwest has been doing this for years as part of our comprehensive dust control and road stabilization program we offer to our client-partners.)

The Upper Great Plains Transportation Institute provides a calculator to help make decisions about choosing a surface material for roads. Keeping all of their standard assumptions in place, comparing road maintenance costs between a paved and gravel road over the first three years reveals the following:

Even in the Iowa study referenced earlier, where maintenance costs were found to be higher for paved roads than for gravel ones, the “needed” dollar amount (higher than the actual amount spent) was only a $1,200 difference per mile.

One of the main reasons for this difference in road maintenance costs between paved and gravel roads is that the maintenance frequency required for an unpaved road is about four times higher than it is for paved roads. In fact, whereas a paved road can last for about 20-25 years before needing major reconstruction, gravel roads can deteriorate from excellent to failed condition in less than a year.

All of this being said, we’ve only been discussing maintenance costs in the pure sense. Referring back to the Iowa study, the extend/renew expense categories involve reconstruction work. Things like bituminous overlay, seal coats, repaving, re-graveling.

Building in these other occasional, but expensive, costs reveal the following in our various sources cited above:

So when all carrying costs are examined, higher classes of roads (e.g., paved roads) cost more to sustain than lower classes (e.g., gravel). But how do upgrade costs affect this?

The Impact of Upgrade Costs

Remember the concept of physical design level (PDL) versus traffic design level (TDL) from earlier in this article? PDL is the actual status of the road, while TDL is the safe design level for which the road needs to be at given the amount of traffic it has.

Upgrade costs kick in when the TDL is two levels or more higher than the PDL. How is this estimated?

The Iowa study breaks down roads into 15 design levels, around four types of surface material (earth, granular [gravel], hard surface [chip seal] and pavement). The different design levels within each surface material category are broken down by road width. Each one of those is then matched up to an allowable amount of daily traffic.

Every mile of road from P<<T to P<<<<T (defined as where PDL is two to four levels lower than TDL) is in need of upgrade, but to varying levels of urgency.

Upgrading all of the most urgent roads to the necessary level would cost an astronomical $1,038,270 per mile.

If following any of this gets confusing, we can summarize the last two sections this way:

Needless to say, minimizing reconstruction and upgrade costs should be a priority in any road management plan. But given the financing challenges discussed throughout this article (including the tendency to shy away from spending money until a problem reaches “emergency” status), this is impossible with a conventional approach.

For years, we’ve been keeping our eyes on road stabilization trends at Midwest. Our solution helps road managers break the downward pressure by designing roads that spread out maintenance costs, reduce reconstruction and carry more traffic.

The researchers in the Iowa study found that the computed annual need for keeping up with road management expenses was $814 million per year (2011). However, actual expenditures were close to $690 million, meaning that over $120 million that needed to be spent on road management, wasn’t. As time goes on, this issue will only compound the problem, creating bigger funding gaps while roads continue to degrade.

To make matters worse, road upkeep costs had been increasing by at least 6% per year for the decade leading up to the study. Meaning revenue sources also needed to rise by 6% per year just to keep up current levels.

Because of these funding challenges, road managers are willing to let their roads’ physical design level drop below the traffic design level to an extent, but then have to face the costs of emergency road work if the level drops too low.

The study authors conclude that there are only two options: seek more revenues (from local taxes or other means) or downgrade the whole system to more closely match the current budget. Both of these options are perceived negatively by communities. No one wants to pay more or get what they perceive to be less than what they currently do.

How do you as a county official, road manager or budget planner cope with this challenge?

We’ll address the two vital steps you can take to expand your maintenance dollars in the next article in this series. We’ll also fill you in on some of Midwest’s most up-to-date findings and ideas that have emerged as we’ve watched current trends gathering force in the industry. Keep an eye out for that article.

Or, if you’d rather not wait, you can learn more about Midwest’s road stabilization program and how we can help you reduce road maintenance costs and extend the lifecycle and performance of your road.