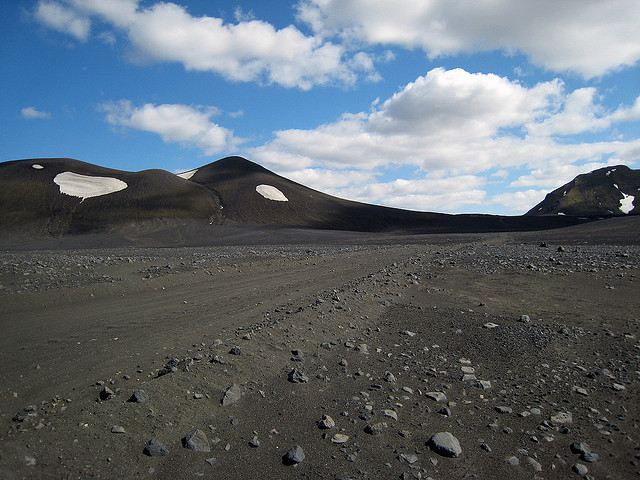 Gravel roads might not be the most high-tech of road surface solutions, but in Iceland, they’re more than just a convenient element of the national road network — in these conditions, they also offer real advantages over paved alternatives.

Iceland may be the most sparsely populated country in Europe, with a population of only 300,000 people spread over 40,000 square miles — but that doesn’t mean that its citizens (and adventure seeking visitors) don’t need a safe way to get around. As such, a large road network serves Icelandic motorists — much of it composed of gravel surfaces.

Icelanders have good reasons for going the gravel route: it requires less maintenance and is much less expensive to lay than tarmac or concrete. Because most of Iceland’s roads are lightly trafficked and often in hard to service areas, gravel is an excellent alternative to costly asphalt roads.

What Can Go Wrong?

Gravel is not without its challenges though, for both drivers and the civil engineers tasked with planning their construction and maintenance. Gravel roads are more susceptible to potholes, and, without regular maintenance and grading, roads can take on a rippled effect called “washboarding” which can wreak havoc on cars’ suspensions.

Highland road Route F26, also known as Sprengisandsleið, winds for 200 km (125 miles) through some of the most spectacular natural scenery in the world — and it’s entirely unpaved. As such, especially in the more remote stretches, the road makes a journey to take in the landscape potentially treacherous for motorists.

A study conducted in Minnesota’s Sherborne County found that maintenance costs for gravel roads are as little as a third of those for paved roads over the longer term.

Apart from what must be some of the more extreme driving experiences in the world, roads like the Sprengisandsleið present environmental challenges to the Icelandic Road Administration. Just because the country is sparsely populated doesn’t mean that environmental and health hazards aren’t a concern. Furthermore, the dust generated by vehicles thundering over the gravel leaves Iceland’s flora and soil, which must cling to the volcanic rock through brutal winters, particularly vulnerable.

Fortunately for roads like Iceland’s Sprengisandsleið, Midwest Industrial Supply, Inc. has time proven solutions for maintaining gravel roads. EnviroKleen® can reduce dust lost into the atmosphere by an average of 80% over a year, and the repeated compressions of cars traveling over it actually increases its performance.

Gravel roads will remain a key part of Iceland’s road infrastructure for many years to come. Controlling dust is one of the great difficulties with gravel roads, and Midwest’s polymeric binder products can be a key part of the solution.

EnviroKleen is a dust reduction system that, when applied to a gravel road, creates a surface as strong as a pavement while trapping and binding the harmful dust particles. With Midwest’s help, surface degradation and environmental dust pollution can be kept to a minimum, making these roads useable and safe, as well as reducing maintenance costs.