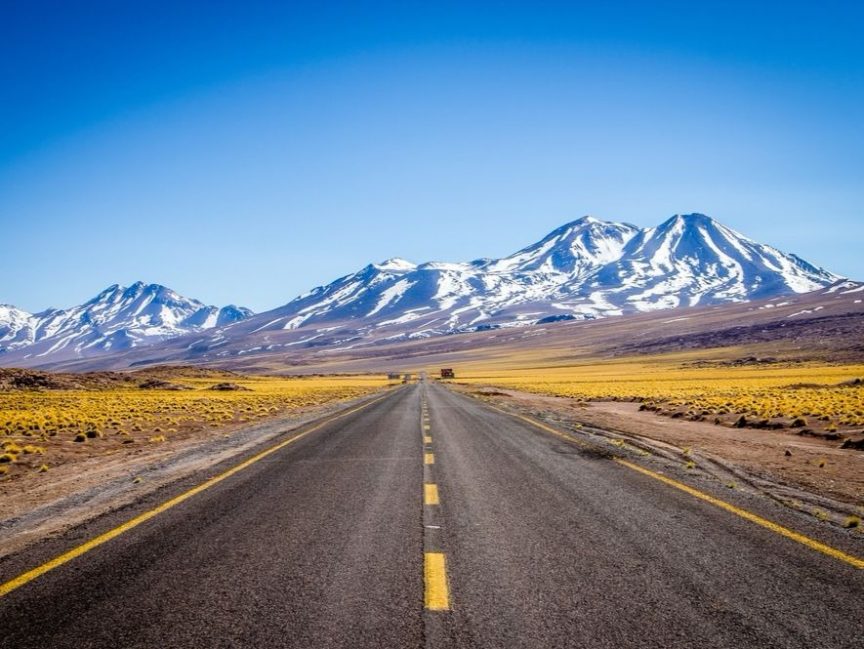 Roadways are everywhere — but how much do they cost?

Here in the United States, we use roads so frequently that we often take them for granted — it can almost seem like they simply emerge from the natural landscape. But, no, somebody has to build the roads, and then maintain them for the duration of their life cycle.

And when you consider the 4.09 million miles of roadway in the U.S. (8.61 million lane-miles when accounting for highway travel), it’s a lot of upkeep. And, as it turns out, it doesn’t come cheap, either. So I’m going to run into a little bit of detail as to what it actually takes to keep America’s thoroughfares up and running.

The real question is: how much does it cost to build a mile of road? As it turns out, there’s no easy, straightforward answer. The realities of road building have much to do with a number of variables: location, terrain, type of construction, number of lanes, lane width, surface durability, and the number of bridges, to name a few, according to the American Road and Transportation Builders Association.

Nonetheless, here are the daunting numbers: constructing a two-lane, undivided road in a rural locale will set you back somewhere between $2 and $3 million per mile — in urban areas, that number jumps to between $3 and $5 million. In a rural area, you can essentially build a road wherever you please (local zoning and property laws abiding), but in a city, you have to avoid the surrounding firmament and infrastructure and comply with strict construction codes.

And remember, these are cost models — actual expenses can certainly rise far beyond these estimates.

And if you want wider roads, the costs understandably go up: for the production of a 4-lane highway, the cost per mile will run between $4 and $6 million in rural or suburban areas, and between $8 to $10 million in urban areas. For a 6 lane interstate highway, you’re looking at $7 million for a rural mile of road, and $11 million-plus in an urban locale.

Again consider the 4.09 million miles of navigable roadway, and you can start to paint a picture of the truly massive expenditures at hand.

The Means to Maintain

As I mentioned, it’s much less expensive to maintain existing roadways. To mill and resurface a 4-lane road, it costs an average of $1.25 million per mile. Then, if you want to expand said road from four lanes to six, you can expect to pay roughly $4 million.

With road conditions at all-time lows, and with the National Highway Trust Fund dwindling in recent years — indeed, to a level that’s inadequate to fulfill existing approved projects — many localities are searching for alternate and innovative ways to keep roads in good condition while staying on budget.

Companies like Midwest Industrial Supply, Inc. are providing an answer. By using proprietary technologies, Midwest is revolutionizing the way we think about roads. Their synthetic, environmentally friendly, and effective products and solutions have offered an economical and timely alternative to our long-standing and inefficient tradition of paved roads. With new, personally-tailored, and affordable solutions, the costs of road maintenance no longer have to become astronomical.