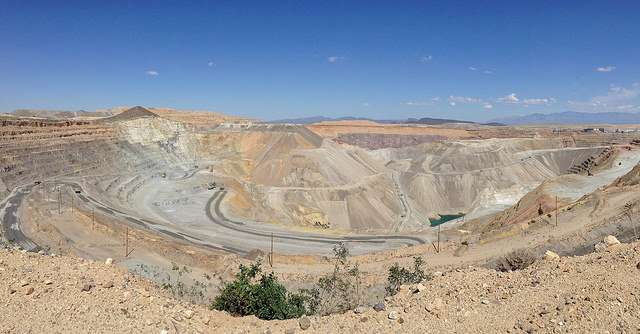 Rio Tinto is building a new copper mine near Superior, Arizona, placing a long-term bet on the enduring value of copper.

Rio Tinto has announced the expansion of the Resolution Copper Mine near Superior, Arizona. The mine will reach a final depth of 2116 meters and begin producing copper in two years. The timing of the expansion, coming at a time of mine closures by other companies in the region, is seen as a bet on the future profitability of the important mineral and its uses in a wide variety of consumer products.

The Importance of Copper

Copper has been a vital resource to human beings for thousands of years. Its first use, according to archeologists, was in ancient jewelry and money, such as copper pendants and copper-based coins in Mesopotamia.

It’s still used in coins, but also finds itself vital for a wide array of modern products. A typical automobile, for example, uses between 44 to 90 pounds of copper, often alloyed with other metals, like zinc or tin. Electric motors often use copper to increase efficiency. A copper-nickel alloy, meanwhile, is used for the hull of modern ships because it does not corrode with seawater and is resistant to adhesives, such as barnacles. Copper is also often used in energy-efficient buildings for its energy-saving properties and durability.

Perhaps copper’s most uniquely modern and most important use is in electricity conduction. Copper wiring is common in generators, electric motors, and wiring. Many consumer products, such as radios and TV sets, use copper wiring as power cables. The importance of copper to manufacturing has been buoyed in recent years by the rise of the Chinese economy. As its manufacturing base has grown in the past few decades, the Asian nation has evolved into a prolific buyer of the world’s copper reserves. Although that trend has slowed in the last few years as the Chinese economy begins to place a greater emphasis on consumption, it will remain a substantial user. To put it bluntly, copper and manufacturing are and will remain inextricably tied to one another.

Rio Tinto has pressed for a new mine in Arizona for several years. The Resolution Project, which is projected to produce $61.4 billion in value over its lifetime, was originally slated for federal land. Rio Tinto worked with U.S. Congress and President Barack Obama over several years to engineer a land swap to enable drilling to begin. The final agreement, signed by the president in December 2014, exchanged the 2,400 acres of land of the Resolution Mine for 5,300 acres of land elsewhere to be granted to the U.S. government by Rio Tinto.

Now, the Arizona Republic reports that Rio Tinto is moving forward with the mine in the Superior area. The project is expected to create 3,700 jobs in the nearby region, and will be outfitted with a variety of new technologies to ensure the safety of Arizona workers. The technology will not, however, replace Arizona workers. “We will still have the same number of workers,” says Jean-Sébastien Jacques, CEO of Rio Tinto’s copper and gold group. The move ensures that high-grade copper will remain available to world markets well into the future.

As part of Rio Tinto’s deal with the U.S. government, the company will complete a comprehensive environmental review as required by the National Environmental Policy Act (NEPA). NEPA requires, among other things, that Rio Tinto evaluate the “environmental and related social and economic effects of their proposed actions.”

Midwest Industrial Supply, Inc. offers a wide variety of products for just such a purpose. Road Pro NT® improves dust control performance and surface life, and strengthens road surfaces while reducing maintenance costs. With Road Pro NT the mine is guaranteed to minimize its impact on the Arizona ecosystem.

Haul Pro® is designed to be a long-term solution for efficient control of road dust on unpaved haul roads, mine tailings and stockpiles. Formulated from safe, tree resin ingredients harvested in a sustainable fashion, Haul Pro is safe for effective dust and soil erosion control and use even in close proximity to wetlands and other environmentally sensitive areas.

Rio Tinto has placed a bet on the profitability of copper, and they should seek out any solution that boosts their odds. Midwest’s products ensure that the environmental impact of the mine remains minimal and often save money in the process — which is why Midwest is trusted by mining operations worldwide.