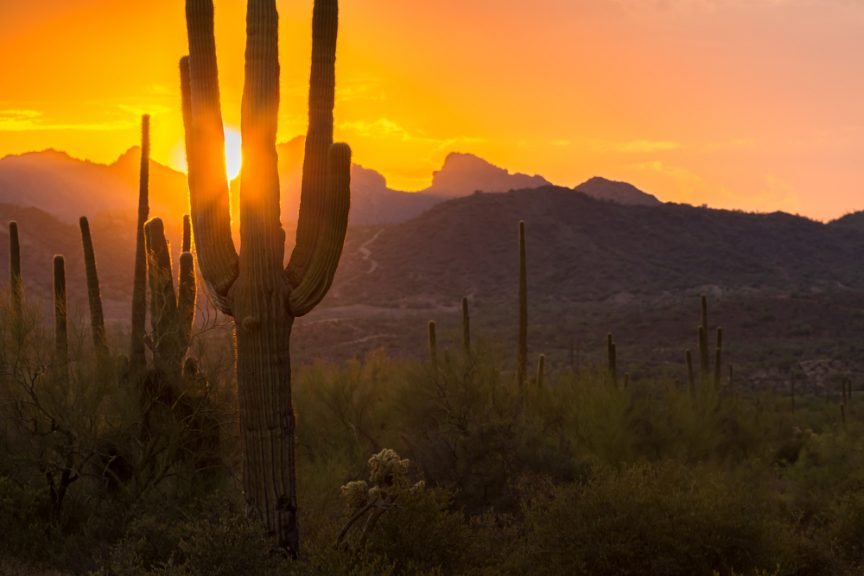 High winds, especially in hot, dry climates, lead to high volumes of airborne dust. As drivers in Tucson, Arizona, are finding out, a lack of dust control during times like these can create a serious hazard on the roads.

The people of Tucson, Arizona, are used to a dry climate. But windy weather has worsened the dusty conditions that are typical in the area, creating visibility issues on the roads and heightening the risk of accidents.

Part of the risk posed by these conditions is the wind itself, which, when they reach high enough speeds, can make controlling a car or truck much more difficult. Then there’s the arguably more dangerous issue of dust being picked up from unpaved roads in the surrounding area, which can make safely navigating the highways all but impossible for drivers. While we can’t control the weather, the city of Tucson and its surrounding communities can do one thing to limit the dangers that high winds pose to commuters: implement better dust control.

While winds can impact the driving experience of practically anyone using the freeway, they’re especially dangerous for those who are operating trucks and RVs, as their larger surface area makes it easier for the wind to push against. Tremendously heavy vehicles going at high speeds can already be a little tricky to control — adding the influence of wind can lead to disaster if drivers aren’t careful.

Trucker Curtis Dupee told ABC that he feels more confident about avoiding wind-related accidents when he’s hauling a flatbed trailer, or, if he’s pulling a van, a truck that’s fully loaded. “If it’s loaded, that makes it a lot easier because you’ve got that weight holding them down,” said Dupee. “When it’s partially loaded or when it’s empty that’s when they become a problem.”

Dupee offers some simple advice for staying safe when the winds pick up: keep a safe distance from other vehicles, try to think a few steps ahead of current conditions, and develop a “feel” for your truck that will allow you to maintain control when weather gets severe.

Accidents in the Tucson area are often credited not just to wind, but to airborne dust. According to the Arizona Department of Transportation, 85 dust-related wrecks occurred between 2010 and 2015. The center of the problem appears to be a ten-mile stretch of Interstate 10, sitting between mile markers 212 and 214, where over 50% of these dust-related accidents have taken place.

Luckily, the Arizona state Department of Transportation is working to help fix the issue by installing radar systems that detect dangerous volumes of dust and warn drivers accordingly. The system will involve the replacement of standard speed limit signs with digital ones, allowing officials to decrease the limit to as low as 35 miles per hour as dust becomes more prevalent.

Dust Control to the Rescue

What Tucson and other dust-prone cities, villages, and townships should keep in mind is that there are dust control solutions they can implement that will reliably suppress dust on unpaved roads that connect their surrounding communities. With the help of Midwest Industrial Supply, Inc., these communities can get relief from the airborne dust that poses a danger not just to drivers, but to the health of residents and the safety of the environment.

Midwest has over four decades of experience helping private and public organizations control dust on their unpaved roads. We can develop a dust control program custom-made to meet your municipality or company’s needs, no matter what kind of weather conditions you face. Our patented products like EK35® bind with existing soils in your roads, infusing them with asphalt-like strength.

Even in an urban area, highways can become dangerous when unpaved roads on the outskirts of town don’t have proper dust control. Midwest can help Tucson minimize the risks posed by windy weather and protect visibility on their highways.