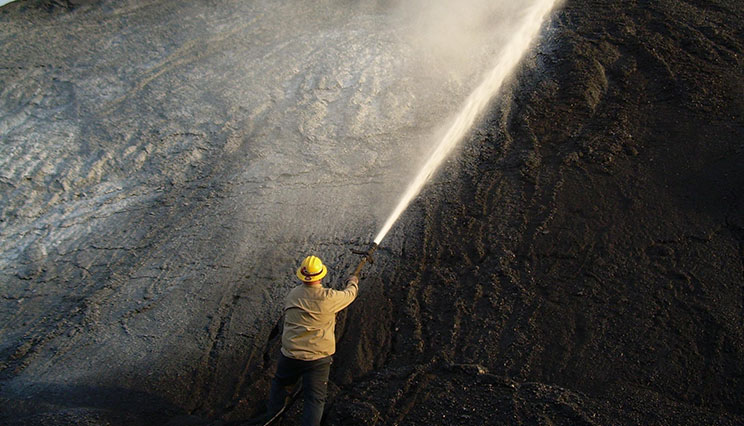 In December 2008, a disastrous coal ash spill flooded Roane County, Tennessee in up to six feet of slurry — years later, the federal government is citing the spill in its effort to control how coal-fired plants store and dispose of their ash.

What Is the CCR Rule?

On October 19, 2015, the federal EPA implemented strict regulations on the disposal of coal ash produced by coal-fired power plants. Effective immediately, the new coal combustion residuals (CCR) law dictates that utility companies must create and implement procedures for preventing the emission of airborne dust from ash storage or transport, as well as to make those plans publicly available on the web within 30 days.

Coal combustion residuals, commonly known as coal ash, are created when coal is burned by power plants to produce electricity. Coal ash is one of the largest types of industrial waste generated in the United States — in 2012, 470 coal-fired electric utilities generated about 110 million tons of coal ash.

The coal-fired utility industry has been proactively recycling. About 40% of the coal ash produced every year is “recycled” in what EPA and industry call “beneficial re-use.” For example, ash can be used to make materials such as wallboard, bowling balls, concrete, and bricks.

The law comes in response to a coal ash spill that occurred in late 2008, when a solid waste containment belonging to the TVA’s Kingston Fossil Plant ruptured and flooded the surrounding Roane County. The result was the destruction of property and wildlife within a mile radius, the largest release of coal fly ash slurry in U.S. history.

The nation’s power companies knew that new regulations were coming. EPA regulations had long supported the environmentally sound recycling of coal ash, and has developed regulations on the safe disposal of coal ash in landfills and surface impoundments. The government threatened further regulation immediately after the TVA spill to address the risks from coal ash disposal: the leaking of contaminants into groundwater, the blowing of contaminants into the air as dust, and the catastrophic failure of coal ash surface impoundments.

After nearly a decade of discussions on the matter, the federal government has now given these companies a month to create a long-term plan for storing or transporting ash that is satisfactory to both the EPA and the general public.

In addition, utilities will be required to inspect their current storage ponds and post the results of these inspections online, and new storage sites must be built to meet stringent new standards and restrictions. In one year, current storage facilities must be evaluated based on the updated regulations as well.

Utility companies are required to create, implement and make public their plans to eliminate fugitive ash dust within 30 days of the announcement.

Power companies only have a few weeks to comply with unprecedented regulations, and they need to quickly find ways to guarantee that fugitive dust is kept to a minimum. Midwest Industrial Supply, Inc. has an affordable, customizable, and environmentally friendly solution for all of them, no matter their budget or location.

By sealing ash ponds, these companies will prevent ash fines from lifting into the air and creating dust. This not only ensures EPA compliance, but prevents the threat of dust-related slowdowns that can harm plant productivity.

Even when storage facilities are built on stable ground that meets the government’s new regulations, weather phenomena can still create dust problems. Low temperatures can freeze dry ash ponds and cause dust to rise to the surface, where it can easily be picked up by high winds. Similarly, high temperatures cause water in these ponds to evaporate and again leave dust at the surface.

Midwest’s sealing solutions keep harmful dust particles from entering the air and groundwater, regardless of the conditions. As the utility industry scrambles to meet these sudden new standards, Midwest is here to help. No one wants another TVA disaster, but Midwest recognizes that smaller problems caused by fugitive dust are just as important — for power companies, for the environment, and for the country that relies on them both.