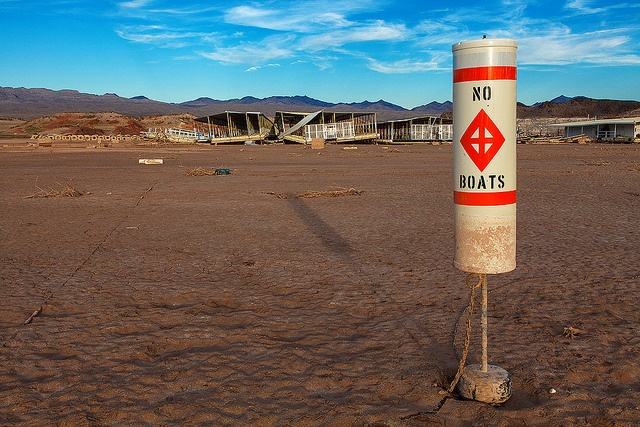 Plagued by the worst drought in its recent history, California has turned into a veritable dust bowl. With no water to fight the dust, farmers are turning to bold alternatives.

The state of California is no stranger to drought, as CNBC details its worsening drought dilemma. The state’s extremely dry climate and unfavorable weather patterns have kept it in a nearly constant state of water shortage, and its reserves are currently dwindling.

It’s now in the midst of its worst dry spell in recent history, and California legislators have enacted mandatory conservation laws (explained here by San Jose Mercury News) for many residents and businesses to help conserve what little water the state has left. The laws are well intentioned (and necessary), but they’ve had unintended consequences of their own — farmers now have little water to fight dust.

California’s Central Valley is something of an agricultural hub (as The New York Times Magazine reports) — this dense fertile pocket yields an astonishing third of the country’s overall produce. It’s an expansive piece of farmland about 450 miles long and around 60 miles wide, and just one Central Valley complex can produce enough carrots annually to outweigh the Empire State building twice.

Yet farmlands like this, which require especially large volumes of water, have been some of the hardest hit by drought. Aside from irrigation, the issue of dust control in the valley has become pressing. The unpaved roadways and dry conditions in the area have made airborne dust a constant hazard, sending hazardous plumes into nearby communities and increasing local asthma rates.

Ordinarily, farmers would fight dust with water-based control methods, but as the rest of the state faces strict conservation measures, farmers’ liberal watering operations have become something of a controversy. Because of these laws, water for both domestic consumption and dust control programs comes from the same source, according to KQED.

“It’s potable water that they’re usually putting on these roads,” said Ryan Hyashi, member of the San Joaquin Valley Air Pollution Control District. “People don’t have water to drink, and we’re putting it on roadways. It sends a poor message.”

This leaves farmers with an unenviable choice: waste precious resources, or create damaging clouds of dust, which can lead to mite production on local almond trees.

A Smart and Safe Solution

Though the current situation in California has become increasingly tense, it’s an issue that could be inexpensively resolved with the help of Midwest Industrial Supply, Inc. For four decades, we have helped operators reduce their water consumption and eliminate dust.

For California farms, employing Midwest’s line of cutting-edge dust control products is both a productive and cost-effective solution. Our EnviroKleen® synthetic dust control solution uses a Boeing-certified formula to bind roadway dust particles and prevent their escape. It uses no water, reduces the need for gravel road grading, and will not harm local agriculture. Indeed, it is the most environmentally safe dust control solution on the market.

Whether the job is a rural one-lane road or 450 miles of farmland byways, the quality of Midwest’s products and customer service remains the same. Check out their site today to learn more about Midwest and how we’re working to make a difference for small industry operators with limited resources.