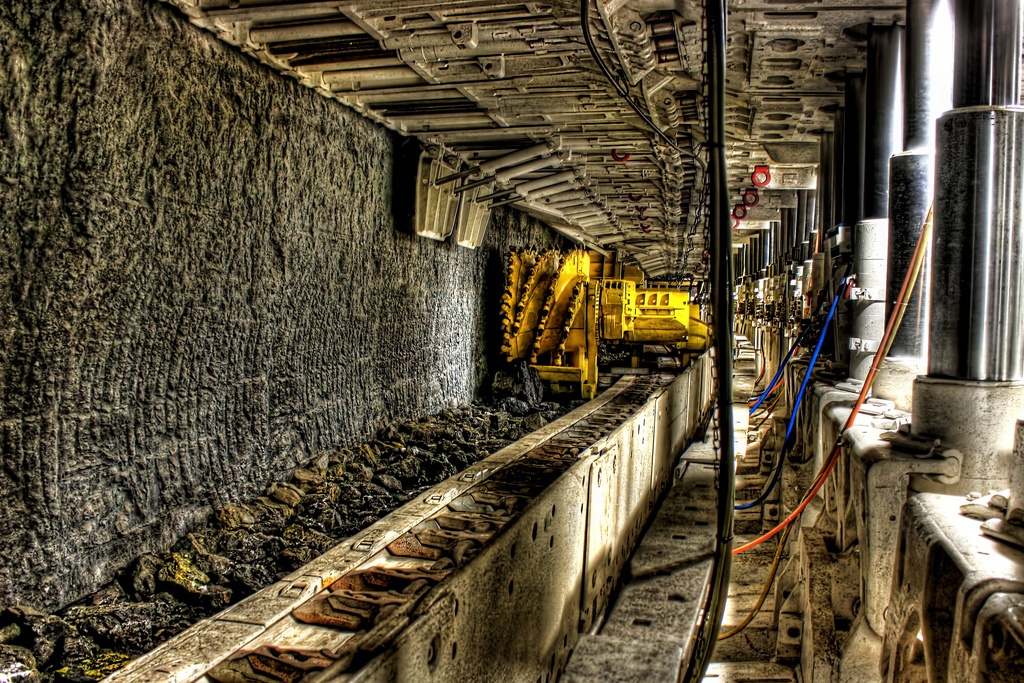 HD Mining’s Murray River Project, a proposed six million ton per year (6 Mtpa) metallurgical coal mine, would be Canada’s first longwall mine. It will target coal deposits between 1300 and 2600 feet deep and run underneath the Murray River, about eight miles southwest of Tumbler Ridge in the Canadian province of British Columbia.

While the company’s full development application is still awaiting approval, a bulk sample permit has given HD the green light for preliminary surface and mining activity. A decline site and shaft site are now both being built, and HD expects its bulk sample analysis to be complete by June 2016, according to Business Vancouver.

First Longwall Mine: The Benefits

The Tumbler Ridge News reports that, while the longwall technique was first introduced to Canada in the 1950’s, there are currently only two coal mines in the entire country, both of which use the room and pillar technique. The Murray River Project will therefore be the only one to employ the traditional mining technique on Canadian soil.

In the U.S., there are over 100 longwall mines producing nearly half of our national coal output. As an almost continuous operation, these mines produce an extremely high amount of natural resources and, accordingly, require much labor and time to operate. Keeping the business running requires the cooperation of hydraulic roof supports, a sophisticated coal-shearing machine, and a conveyor belt parallel to the face that picks up cut coal.

Not only do longwall mines provide safer environments for workers, but they also allow for more manageable working sections, as the Energy and Minerals Field Institute writes.

If the Murray River project is permitted, the operation would extract coal on the west bank of the Murray. From there, the coal would then be loaded onto a conveyor belt about a mile long and taken to washing and transport stations on the other side.

Business Vancouver anticipates that the mine will eventually be sold to Chinese steel manufacturers via the coal terminal at Prince Rupert. That would certainly help explain HD’s enormous investment in preparing the mining operation for business.

HD Mining reports that it has employed over a thousand Canadians and spent over a hundred million dollars to date on housing, assessments of equipment, and environmental impact, drilling, and asset purchases.

While no Canadian training programs for longwall mining (the practice of which requires specialized skills) currently exist, HD Mining signed an agreement with Northern Lights College in 2012 to develop its own longwall mining program. Peter Nunoda, Vice President at Northern Lights, says that the development of this curriculum is intended to eliminate any local skills shortage.

The chief obstacles of longwall mining are the high costs of complex equipment, skilled workers, and handling the large amounts of dust produced. When that dust goes untreated, it can slow down or break the machinery and pose risks to the health and safety of workers, obstructing their eyesight and their productivity.

Midwest Industrial Supply, Inc.’s conveyor belt dust control products suppress dust at all stages of the transportation process. Dust suppression is essential both for healthy, productive workers and for long-lasting machinery. Because of the complexity of longwall mining machinery, a malfunction in one part of the system can disrupt the entire operation.

The Murray River Project will allow miners to reach coal that is otherwise at inaccessible depths. And the mine’s efficient transportation system, with appropriate maintenance and safety measures, should offer a huge boost to the community and the industries it supports. If HD Mining takes advantage of the many benefits of proper dust control, the Murray River Project should be a huge success.