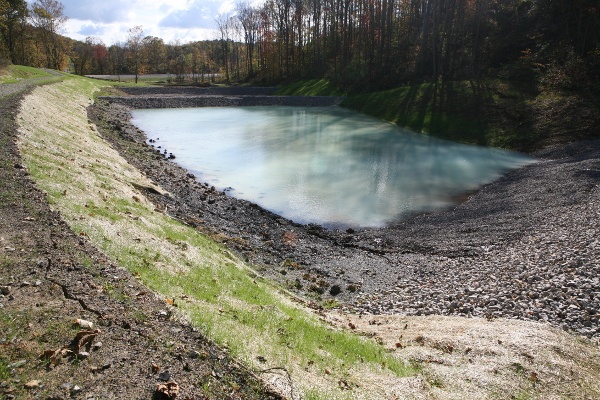 The Ohio Environmental Protection Agency (EPA) is proposing a policy change that will streamline the permitting process for wetland-disturbing activities.

This loosening of restrictions is welcome news, as it will allow coal mining companies to create new jobs and contribute to economic growth.

Coal mining companies are committed to doing their share in helping the economy as well as the environment. However, environmental advocacy groups tend to point out the difficulty of simultaneously balancing these concerns. Luckily, the Ohio EPA’s proposal for a more efficient permitting process could very well lead to both economic prosperity and environmental responsibility.

What Is This New Proposal?

A recent report by the Columbus Dispatch explains that the current process requires mining companies to apply for two permits if their projects will affect any of the state’s countless waterways, including wetlands and streams: a federal permit issued by the U.S. Army Corps of Engineers, and a state permit issued by the Ohio EPA.

The state’s EPA is now considering changes to how it issues these permits in order to streamline the process. If approved, only the Army Corps would need to issue nationwide permits, allowing the Ohio EPA to cut down on unnecessary paperwork.

The Port Clinton News-Herald reported that, in response to allegations of the possibility of “less oversight and more damage to streams and wetlands,” Ohio EPA spokeswoman Heidi Griesmer said “the projects would first go to the OEPA, and the agency would determine whether they fall under the nationwide permit,” thus ensuring proper accountability.

Coal and Ohio: A Necessary Relationship

Coal has always played an important part in Ohio’s economy and, more importantly, standards of living, with nearly 90% of its electricity generated by coal-fired power plants, according to the Ohio Air Quality Development Authority. In an article for Politix, Eli Miller reports that coal provides power for 4.5 million homes and 200,000 businesses across the state.

Faces of Coal lists the following laws that regulate coal mining: “the Surface Mining Control and Reclamation Act (SMCRA), the Clean Water Act, the Clean Air Act, the Endangered Species Act, and the Federal Mine Safety and Health Act.”

By loosening the restrictions on permits, Ohio can concentrate on increasing its economic strength and creating new job opportunities. The resultant mining activities would sustain and create thousands of jobs that power the local economy.

Faces of Coal reports that “for every coal mining job, an additional 3.5 jobs are created elsewhere,” meaning 500,000 Americans depend on coal mining for their livelihood. It thus stands to reason that the Ohio EPA’s new proposal will contribute to job creation and economic growth.

In addition to economic prosperity, companies will also want to take environmental responsibility into consideration. Various environmental advocacy groups have resisted the change proposed by the Ohio EPA, claiming such a move would result in the lowering of water quality.

However, Heidi Griesmer said that in some coal re-mining cases, “Water quality could actually be improved,” since companies could fix environmental issues created by past mines. The proposed changes also will not have any effect on Lake Erie’s most serious water quality issue, that of toxic algae.

By utilizing Midwest Industrial Supply, Inc.’s dust control products, mining companies can confidently and publicly affirm their commitment to environmental responsibility. These products can help eliminate the risk of pollution by preventing all types of particulate matter from entering the water.

Just this year, a major North American Molybdenum mining company approached Midwest for a full-site audit. EnviroKleen® reduced maintenance costs by 35%, cut annual applications all the way down to 28, and limited the number of man-hours spent on dust reduction to just 133.

Coal mining companies can carry out their projects with the reassurance that Midwest is fully committed to helping them increase efficiency and safety while simultaneously lowering costs and helping the environment. Coal mines can anticipate the benefits of the Ohio EPA’s proposal, which will help boost the economy and improve people’s lives.