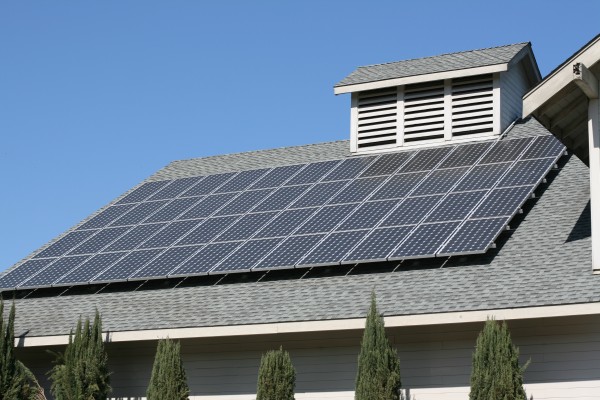 As a growing number of consumers claim independence from the power grid, Tesla and SolarCity are collaborating to provide a new system of stationary power storage. But Tesla’s battery may pose less of a threat to utility providers than previously thought.

According to The Verge, Tesla is developing its own line of home batteries in collaboration with SolarCity, the company currently in control of 39% of today’s solar energy market. These batteries will reserve energy for emergencies or tight months when homeowners need to cut down on their utility payments.

The most obvious advantage of solar energy is that it doesn’t involve fossil fuels or carbon emissions. But the other benefit of this type of energy resource is that it grants consumers some independence from an electricity grid that’s growing increasingly overtaxed by the world’s ever-increasing population.

Of course, solar energy suffers from its own flaws: primarily, the inherent unreliability of its source. While the sun might shine when you already have plenty of energy in reserve, when the clouds move in, your power supply can end up totally depleted.

Many current solar customers are frustrated by an independent yet uneven power grid, with nowhere for their surplus energy to go and no supply to draw on when their own reserves run low.

The Benefits of Tesla’s Home Battery

Tesla’s home battery will provide a collective storage network to house all the power generated by customers’ solar panels.

According to Will Craven, Solar City’s director of public affairs, the ten-kilowatt battery will offer enough energy to power an average home for two days, saving customers’ money instead of forcing them to sell their extra energy only to end up buying it back at a time of need.

The Independence of Utility Companies

Some utility companies may feel threatened upon hearing this news. If solar companies continue to gain popularity and grow their profits, other independent ventures will surely enter the market, allegedly posing a serious threat to the major utility providers that have served as the backbone of the American energy market for decades.

But these fears are likely overblown, as Tesla’s home battery is not the enormous threat it at first seems — at least not yet. Although some Americans may take the plunge, this new system still requires a great deal of adaptation on the part of any customer, rendering a full exodus to the realm of solar energy highly unlikely.

Practically speaking, there are a number of changes customers would have to adopt in and around their home — like attaching solar panels to their house, for starters, and making room on their property for the oversized batteries.

The number of batteries needed to power the home without an outside connection requires space that exceeds even the most adaptable homeowner’s expectations — and promises to be a literal impossibility for many.

Furthermore, this new technology still fails to completely solve the issue at the core of solar energy: reliability. Should the solar market expand in the wake of the system’s widespread implementation, the already great demand for power on cloudy days will only multiply.

Should solar energy providers remain unprepared when that demand inevitably exceeds the given supply in reserve, customers will turn back to traditional utility companies for reliable service and a consistent energy supply.

Tesla and SolarCity: No Present Threat

Tesla’s home batteries might seem like a good idea to consumers at first: according to Tesla, they’d save money in the long run while offering a benefit to the environment.

But in practice, home storage batteries like Tesla’s will take a considerably large amount of time to market, and require their customers to make big, inconvenient adjustments to their everyday lives.

For this reason alone, utility companies shouldn’t be too worried. These businesses are convenient, reliable, and well-established, and thus should see no great threat from flashy brands like Tesla and SolarCity.

If anything, utility companies should see new technologies like these as exciting future investments and consider the option of expanding their own reliable services to include alternative energy sources.

To the environmentally conscious among us, it is important to remember that we can use important fossil fuels in a safe and clean manner that still provides Americans with the dependable energy we need.

Midwest Industrial Supply, Inc. assists companies across a wide range of heavy industries to implement the most efficient solutions to all environmental and safety problems, offering services that minimize dust and erosion, stabilize soil, and even eliminate ice buildup.

Energy manufacturing and supply companies should contact Midwest today so they can get back to doing what they do best: powering America through the 21st century.