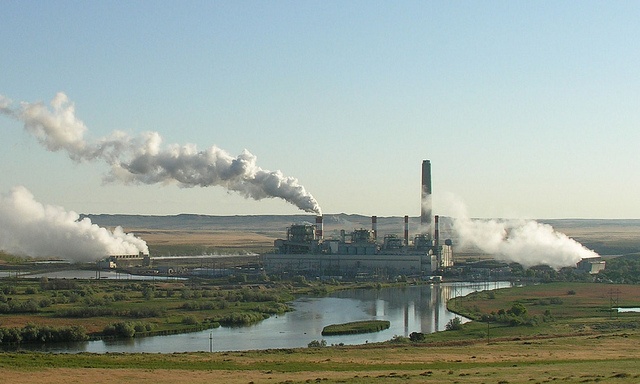 The Environmental Protection Agency (EPA) intends to initiate wide-ranging reforms of its emission reduction policies, but for the citizens of Wyoming, the Clean Power Plan offers cause for concern.

According to High Country News, the EPA’s proposed Clean Power Plan is aiming for a 30% reduction in greenhouse gas emissions nationwide by 2030.

Sure, it’s an ambitious goal, but not everyone’s on board. During a recent U.S. Senate hearing on the plan, Todd Parfitt, director of the Wyoming Department of Environmental Quality, called the EPA’s plan “problematic and unrealistic to achieve.”

According to the Flathead Beacon, the Clean Power Plan stipulates specific carbon reduction targets for each state based on their electricity portfolio — for Wyoming, this target is 19%. But as representatives of the largest coal mining state in the U.S., the state’s industry and government leaders find this goal immensely unrealistic.

The Wyoming Mining Association’s (WMA) website points out that 40% of America’s coal comes from Wyoming, which produced an unfathomable 400 million tons of coal in 2013. High Country News further reports that coal energy accounts for 88% of the state’s electricity.

The EPA has suggested several “building blocks” to reach its target, including heat rate improvements of 6% for all coal plants, according to GenerationHub. But Parfitt declared that such figures are simply unattainable because Wyoming coal plants have already been pushed to their limits in reaching a high level of efficiency, boasting the lowest fuel costs in the nation.

Other suggestions involve renewable energy — Wyoming already produces a significant amount of wind energy, accounting for 9% of its power. Unfortunately, the EPA’s proposal only allows states that consume renewable power to receive credit, not those that produce it. This is deeply unfair to Wyoming, which exports 85% of its wind power to other states.

As Senator John Barrasso (R-Wyoming) observes, “It seems the EPA is telling people in Wyoming to move faster on renewable energy while refusing to acknowledge that Washington’s foot is still on the regulatory brakes.”

If the EPA enforces the Clean Power Plan, it could have potentially devastating consequences for the state. Marcellus reports that, according to a University of Wyoming study, the state would have to scale down its annual coal production by 30% to 50% — equivalent to about 200 million tons of coal — to meet the reduction target.

Parfitt envisions having to shut down four coal plants by 2020 in order to meet the initial EPA goal. According to GenerationHub, these four coal plants represent 4,175 megawatts of Wyoming’s total coal fleet. In financial terms, the amount of stranded investment could amount to a whopping $1.491 billion over the next five years.

Such cutbacks will naturally put a significant level of stress on the state’s economy and job market. As Dr. Robert Godby, director of the Center for Energy Economics and Public Policy, told Wyoming Public Radio, “If [approval of the Clean Power Plan] were to happen tomorrow, it would [cost] somewhere between…7,200 and over 9,000 jobs.”

And unemployment wouldn’t be the only thing to rise — electricity bills would, too. The Flathead Beacon reports that, according to an analysis from NERA Economic Consulting, electric rates could increase by somewhere between 18% and 34%. For the state’s residents, this is some truly bad news.

According to a study from the American Legislative Exchange Council, citizens would not only foot the bill for the rise in electricity costs, but the cost of goods and services would also skyrocket. This is especially true of food prices, as 40% of the energy used to manage crops and livestock is generated by electricity.

Problems for the Whole Nation?

The effects of an enforced Clean Power Plan would be detrimental not only to Wyoming, but to the entire country. According to the Wyoming Business Report, a NERA Economic Consulting study calculated that the EPA’s plan could very well cost the U.S. $366 billion in all.

As Wyoming continues to negotiate with the EPA over its role in the Clean Power Plan, Midwest Industrial Supply, Inc. can provide professional assistance to the state’s coal mines, ensuring even greater efficiency that is both affordable and in line with stringent regulations. Our products and services can help these essential energy producers keep the economy afloat and meet their customers’ every need.