Newly designed robotic helicopter landing gear could be the future of rotorcraft aviation.

Traditionally, helicopters have depended upon skids or wheeled landing gear for safe returns to earth. While these systems have proven reliable on smooth surfaces, landings on uneven and unstable surfaces have historically been a far more treacherous affair.

In an attempt to address this deficiency, the Pentagon’s Defense Advanced Research Projects Agency (DARPA) has teamed up with robotics engineers from The Georgia Institute of Technology to develop automated landing gear that could revolutionize helipads as we know them.

DARPA has proposed to equip helicopters with spider-like legs that automatically articulate to the landing surface. The legs of the helicopter fold together during flight, and extend when the helicopter is ready to land. Using force sensors tied to a central computer, the system determines the proper angle for each leg so that the helicopter stays level with the terrain. DARPA’S dynamic landing gear isn’t quite ready for real-life application, and has only been tested thus far on a remote-controlled helicopter; but this cutting-edge technology has the potential to transform the future of rotorcraft aviation.

DARPA’s innovative design will allow helicopters to take off and land on slopes of up to 20 degrees — more than twice the current limits. Additionally, this landing gear will reduce the risk of damage from “hard landings” by up to 80%, and would allow helicopters to land on seafaring ships in the midst of turbulent storms. 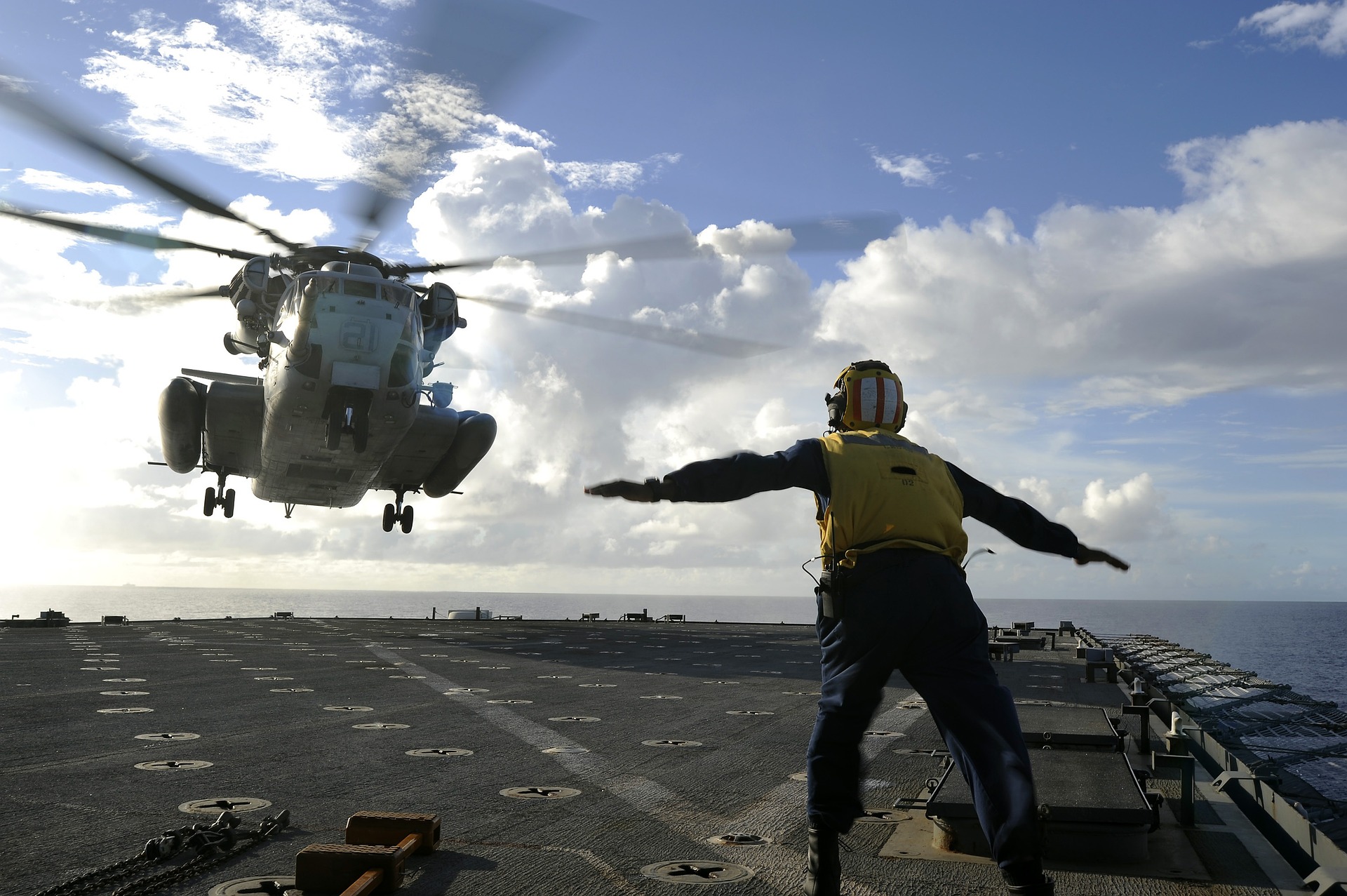 While this proposed vision for the future is certainly impressive, DARPA’s landing gear is still in the experimental stage and likely won’t be made commercially available for several years. In the meantime, attention must be paid to another challenge facing helicopter landing and takeoff: reduced visibility due to dust kicked up by the vehicle’s rotary blades. Dust visibility issues — referred to as “brownouts” — have caused up to 80% of helicopter crashes over the last 10 years, according to a study by The Office of the U.S. Secretary of Defense. Left untreated, excess dust from helipads can also damage essential internal hardware.