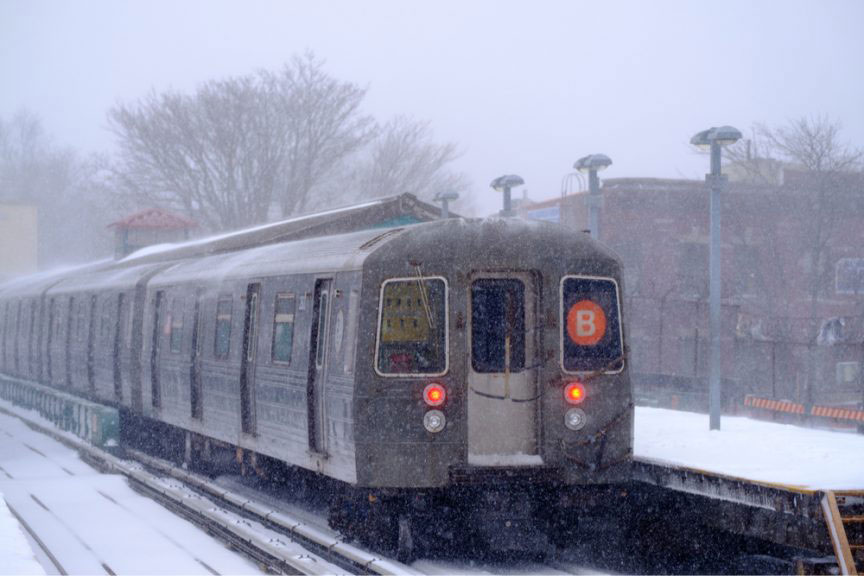 Larger railroads have a fairly sound idea of the financial impact that severe winter weather can have on their railway maintenance costs. And so they prepare well in advance. But for many short lines, the costs to properly prepare are intimidating. And so they wait, until they can’t wait any longer.

But is putting off the expense the best approach to managing tight cash flow? In today’s article, we’ll discuss the financial impact of winter weather on railroads. We’ll also make a recommendation that will be far more affordable than buying heating units and paying for fuel or paying railway maintenance crews to manually keep ice and snow at bay.

This option was developed through a collaborative effort between Midwest and NASA, utilizing NASA’s proprietary Zero Gravity™ Smart Fluid technology. It approaches the challenges of protecting against snow and ice in a whole different way from the rest of the industry. Keep reading to see how it can reduce the financial impact of severe winter weather on your railroad.

And it’s costing railroads – a lot.

For one Canadian railway, fighting severe weather increased their operating expenses by 9% in the first quarter of 2019. It also resulted in a derailment that tragically took three lives (and cost C$69 million in casualty expenses). Other costs included efforts to fight off the heavy snow and ice pellets of a February storm.

A Swedish railway faced extreme cold and heavy snowfall in the winter of 2009/2010. This resulted in 83,000 hours of delays, twice the amount of a normal winter. These delays cost the railway a staggering $389 million.

A study done on the financial impact of winter weather on railroads in Sweden found that nearly a quarter of all component failures (switches and related components) were due to ice (see page 41 for the table).

In the United Kingdom, despite having far milder winters than Sweden or Canada, winter weather still drives up operating costs – especially in the south, where the frequency of switches and third rails are much higher. Ice interferes with the functionality of these components, requiring the expense of heaters, snowblowers and employee resources.

Chicago’s Metra commuter rail system gained notoriety in 2019 for supposedly setting its tracks ablaze. Of course, this was actually a controlled, intentional effort to keep ice from forming, but it included the cost of keeping railway maintenance crews on the ground around the clock to keep an eye on the flames.

These examples showcase some of the types of costs your railroad can face during the winter:

Frozen precipitation alone causes nearly 20% of all damages that are due to severe weather. Damage cases can include:

The cost to these isn’t just financial, though; there’s also a cost in lives:

(The three main categories of accidents listed in the study include injuries to persons, total loss and damage to property and clearing wrecks. The first two account for nearly 90% of all accidents.)

In the Swedish story above, where harsh winter weather conditions cost 83,000 hours in delays, two-thirds of those were for freight and the other one-third for passengers.

Passenger delays result in refunds and lost future business. For example, in the European Union, a 60-119 minute delay requires a 25% refund of the ticket price. Over two hours, and that refund amount doubles.

Delays are the most common, direct cost of excessive ice and snow on the tracks, particularly when it comes to switches and third rails.

Frozen switches cause delays in a number of ways.

Third rails present their own challenges:

All of these previously-discussed problems lead to a final category of costs; that is, the expense of trying to counter snow and ice and their effects on damages and delays. These costs are broadly broken down into three categories, based on the method used:

The most affordable way to manage the effects of frozen precipitation

Midwest, in partnership with NASA, has developed solutions that take an entirely different approach than the rest of the industry.

The three methods mentioned above (de-icing liquid, heaters and manual removal of snow and ice) are all reactive. They respond to storms, trying to remove ice and snow after the fact. But Midwest’s solutions are preventative – keeping ice and snow from building up on third rails and switches in the first place.

Here’s how the total Midwest system can save you money over current de-icing efforts, thereby lowering the total financial impact of winter weather on your railway maintenance costs.

Midwest has two products, one for third rails and one for switches. Both are based on technology developed by NASA (through partnership with Midwest). Both are anti-icers, meaning they work to prevent ice accumulation in the first place.

A thickener in these products allows them to be applied as a liquid but, once stabilized, have the viscosity of a gel. This means the product stays on top of rails, even on vertical or steep surfaces.

They work by lowering the temperature at which snow and ice can adhere to the rails. Precipitation, upon landing on the rails, takes on the form of a loose sludge that easily brushes off the surface.

Because of how these products work, they save money over traditional de-icing liquids by requiring a fraction of the amount of chemicals to work. For example, whereas it takes five to ten gallons of de-icing fluid to melt the ice on a switch, it only requires one gallon of our anti-icing liquid.

Like with all Midwest solutions, we go beyond a product to offer an entire system that will help you solve problems and get the best results possible.

As described above, getting rid of ice from third rails in particular is a huge challenge, because most heating systems can’t be installed on a continuous line and manually removing ice from endless miles of rail is simply not feasible. So Midwest addressed this challenge by designing an application system that connects to the train. A sensor locates the third rail and the product is applied as the train is moving.

This creates flexibility: if you use ghost trains at night to plow tracks, they can apply the anti-icing product as well before a big storm. Then, every third, fifth or even tenth train that runs during normal hours can apply product again to keep rails consistently clear all throughout the worst weather conditions. (And because our product can prevent refreezing down to -70º F, we truly mean worst.) To learn more about how much you can reduce the financial impact of winter weather conditions on your railway maintenance, visit our Rail Switch Anti-icing or Third Rail Anti-icing pages.