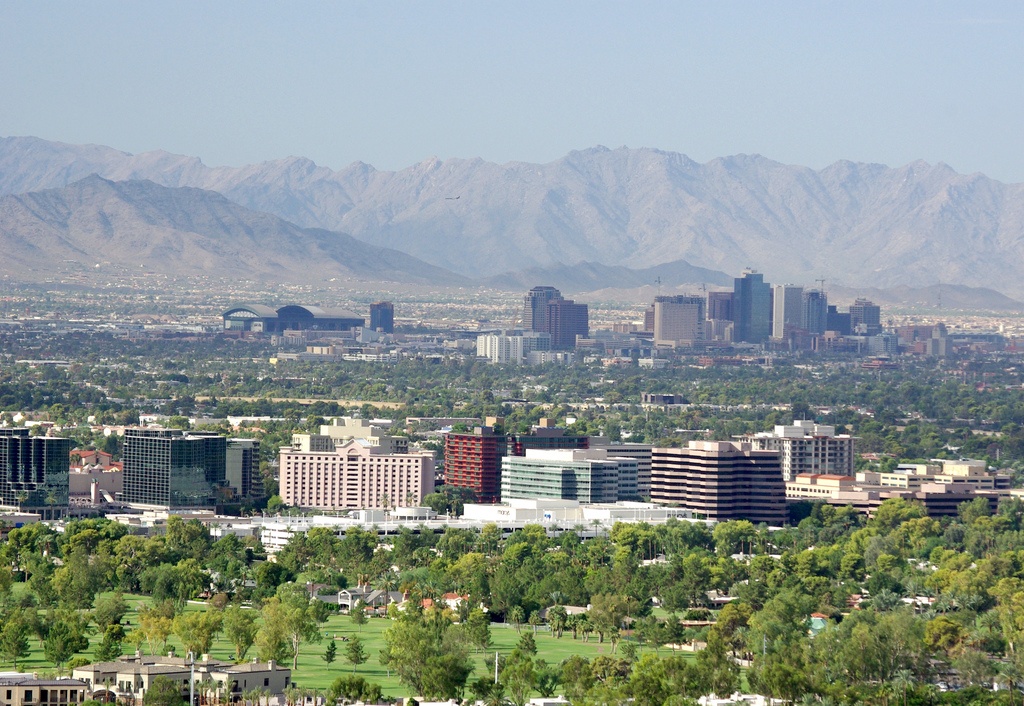 The City of Phoenix Aviation Department was required to meet Federal EPA criteria for fugitive dust control on all disturbed and open areas around the Goodyear and Phoenix Sky Harbor International Airports.Problem.

Their goals were to minimize foreign object debris created by the British Airline 747’s exhaust blast. Using GCP methods, stabilized areas of runway shoulders included the pavement edge out to 50 feet from the edge. In place soils were scarified, saturated with Soil-Sement® solution, mixed thoroughly, graded to achieve a smooth level surface, and rolled for compaction. A final application was then applied topically to complete the process. Infield and other disturbed areas received applications applied topically with a truck mounted pressurized spray bar.

Midwest developed application rates and techniques to be utilized for both topical and good construction practice (GCP) methods of application. Topical applications were made on infield and other disturbed areas where light or no traffic was expected. GCP applications were made on heavy traffic and areas affected by jet blast. Soil-Sement® was the product of choice on this project because of its reliable performance history, its ability to meet strict performance standards specified and verified by independent ASSHTO Accredited Laboratories, and its compliance with the City Aviation Departments Environmental Division’s stringent environmental criteria.

This massive project of 350 acres was completed in less than 60 days. The project was completed on schedule and under budget much to the pleasure of aviation officials. Soil-Sement® and the professional staff of Midwest was uniquely able to provide the City of Phoenix Aviation Department the solution to a very complex problem in a cost effective manner.