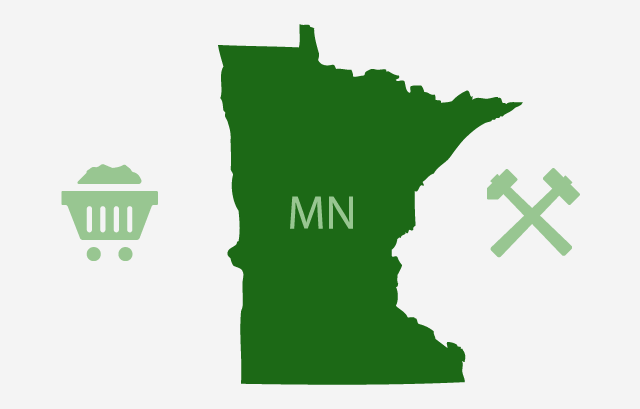 Minnesota Boy Scouts were treated to a day of mining education as part of an industry effort to promote community engagement and sustainable initiatives.

Mining is perhaps the least understood — yet foundationally significant — industry in the world. It’s often maligned in the public sphere as a destructive force that shaves mountaintops and digs deep craters into an otherwise fertile earth for its own malicious ends.

Whatever your opinion on mining, though, the reality is that it is deeply ingrained in virtually every corner of our society.

According to a recent industry white paper from Northwestern University’s Kellogg Institute, mining directly contributes to about 21% of global economic activity.

When you trace mining’s impact on other sectors — think about the steel beams that give structure to a building, or the minerals used in computer chips — it’s involved in about 45% of all economic activity globally. That’s about as integrated into our daily life as you can get.

To combat public assumptions about mining, the industry has recently sought opportunities for engagement with local communities to educate and promote discussion as energy production moves toward more sustainable initiatives.

Recently, Minnesota Boy Scout troops teamed up with the Society of Mining, Metallurgy, and Exploration (SME) to have a field day. According to the Hibbing Daily Tribune, the boy scouts learned about mining and had the opportunity to earn a merit badge.

From the Ground Up

To earn the first ever Mining in Society Merit Badge at the Spring Camporee, eight troops of scouts perused the Minnesota Museum of Mining and Minnesota Discovery Center, explored a local mine, heard from industry professionals, and discovered more about the general mining process.

They also discussed the potential dangers of mines (especially abandoned ones) and learned about initiatives the mining industry created to reduce the environmental impact of the process.

As they have grown up on the so-called “Iron Range,” the scouts learned the ways in which mining has become synonymous with the local Minnesotan economy, as well as its many contributions to society at large. The scouts not only earned merit badges, but also gained a valuable perspective about their local history and economy.

Local engagements like this one are becoming standard industry practice, a concerted effort to readily engage local stakeholders who are affected by and involved in the mining process.

As outlined in the aforementioned Kellogg white paper, providing transparency of operations and allowing for feedback and communication with local communities is integral in allowing the mining industry to increase sustainable and mutually-beneficial practices.

The industry is also increasingly concerned with the local impact of mining practices. Roads to and from the mines have historically kicked up significant amounts of dust from heavy trucks, contributing to erosion and poor air quality.

Operators have recently turned to third-party providers to help mitigate these impacts, and companies like Midwest Industrial Supply, Inc. offer affordable, environmentally-friendly options to significantly curtail problems like these.

Though the mining industry has been plagued at times by public misconceptions, it’s clear the industry leaders have been making bold strides towards sustainability and innovation. Mining is absolutely critical to virtually every facet of present-day society, so it’s of the utmost importance that people stay informed on this important and ever-evolving topic.