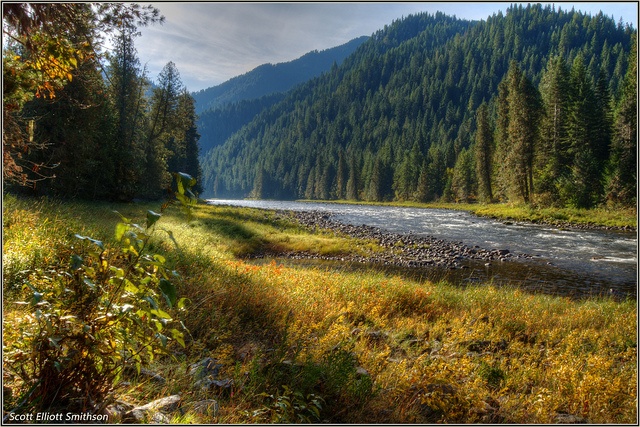 Idaho is gearing up to become an oil and gas-bearing state for the first time, now that hydraulic fracturing technology has made production possible. Although it’s a little late to the party, the state has been establishing carefully thought-out regulations to ensure that their long-awaited energy boom doesn’t backfire.

Innovations in oil and gas extraction technology have brought Idaho — a state that until now sourced all of its natural gas from its neighbors — to the brink of self-sufficiency, at least in terms of energy. The state has always experienced relatively low demand for power due to its small population, but has certainly never been able to cover its needs without the help of imports.

Now, with the introduction of hydraulic fracturing operations, Idaho can begin to plan a bright and energy-filled future — and excitement is building as local officials lay the groundwork for what will grow into an entirely new industry across the state.

According to PermianShale.com,The Idaho Department of Lands has been looking to states with more experience in the energy sector to help them establish an effective framework — one that will allow the industry to thrive without harming the surrounding environment.

The latest round of legislation that finally greenlit production has been four years in the making, and includes its fair share of required industry standards, as well as a wide range of checks and controls.

It’s Not Called the Potato State for Nothing!

Before shale gas production came along, Idahoans generated power using their abundant natural resources. The U.S. Energy Information Administration reports that hydroelectric power has previously accounted for 58% of the state’s power supply, making it by far the biggest single source of renewable energy and the highest generator of power.

Energy production aside, Idaho is best known for growing almost one-third of all the potatoes consumed in the U.S., according to Idaho Potatoes, as well as its flourishing production of semiconductors, wood, and other chemicals.

With its rocky mountains, fast-flowing rivers, and acres of potato farms, Idaho seems worlds away from typically oil and gas-rich lands — other states, like Texas, began to implement fracking operations following a long and productive history in the oil business.

Rural, idyllic Idaho doesn’t have the same advantage — the Potato State will be diving in for the first time when it begins leasing parcels of land for exploration and production. It’s a huge opportunity to build an industry from scratch, but it’s also a chance to do it the right way from the start.

By continuing to watch and learn from other states, Idaho will ultimately be able to implement the best strategy possible and oversee exemplary extraction operations.

Shale gas might be new to Idaho, but Midwest Industrial Supply, Inc. has been serving the oil and gas industry for years. Midwest’s clients benefit from the company’s years of experience and expertise — whether it’s in building access roads, stabilizing drilling pads, or measuring for environmental compliance.

Midwest has been there for the energy industry across the entire United States, and they can be there be there for Idaho, too.