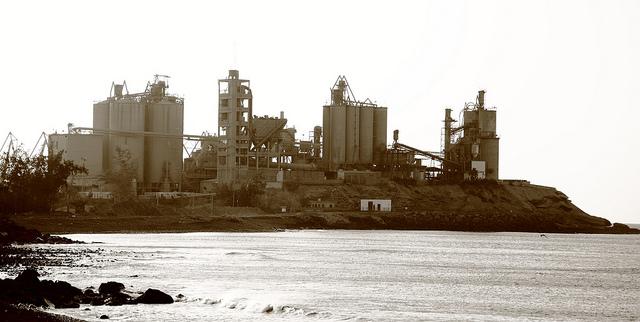 The Canadian government is taking federal action to reduce industrial air pollution across the country, but how does this affect the United States?

According to an article by Dianne Saxe on Environmental Law and Litigation, Canada’s federal government plans to implement a new set of Multi-Sector Air Pollutants Regulations in order to reduce industrial-source air emissions.

The Multi-Sector Air Pollutants Regulations (MSAPR) will impose obligatory national standards on specific sectors and equipment groups, establishing consistent limits across the Canada, according to the Canada Gazette.

Asthma Society of Canada President Robert Oliphant said of the new regulations, “This is a positive step toward improving the quality of the air that is inhaled daily by the three million Canadians with asthma. Specifically targeting nitrogen oxides, sulfur dioxide, volatile organic compounds, and particulate matter is key to improving the respiratory health of Canadians.”

The MSAPR are a necessity for the country in order to create a fair playing field for businesses while simultaneously protecting the environment by lowering pollutants and improving air quality, a major national health concern. The hope is that, once implemented, the regulations will begin to combat longstanding issues for the health care system, the environment, and the economy.

Although more concentrated efforts have been made in the past to manage industrial emissions in Canada, they have varied across the country, resulting in an uneven playing field for Canadian enterprises.

This previous lack of a single, nationwide approach to reducing industrial pollutant emissions has made it nearly impossible to establish a base level of performance standards across all of Canada. However, this report of long-awaited federal action has the potential to change all of that.

Which Industries Are Affected?

The expectation is that requirements for additional sectors/equipment groups will be introduced in the near future. For now, the proposed performance standards impose limits on the amount of nitrogen oxides (NOx) and sulfur dioxide (SO2) that cement manufacturing facilities can emit, and limits the amount of NOx that the two equipment types can emit.

How Will These Costs Affect Businesses?

According to World Cement, Michael McSweeney, President and CEO of the Cement Association of Canada said, “The cement industry supports these new regulations. We were the first industrial sector to conclude discussions with the government and other stakeholders on the performance standards that would apply to our cement plants. We believe that the development of the regulations benefited from the multi-stakeholder process.”

How Will These Regulations Affect the U.S.?

North America’s two largest nations have been closely aligned on environmental policy ever since the International Joint Commission’s founding in 1909.

Their modern-day collaboration on the Clean Energy Dialogue and Major Economies Forum on Energy and Climate has ensured that one country’s political move on the issue will usually produce a response from the other, if not always a corresponding one.

In line with such, according to GLOBE-Net, the Canadian government announced the new air pollutant regulations one day after the EPA released its latest agenda, which includes plans to reduce greenhouse gas emissions from the electricity sector, an industry that is largely coal-fired.

Leona Aglukkaq The Canadian Minister of the Environment, Leona Aglukkaq, drew a stark contrast between the two announcements, saying, “Environment Canada estimates, in Canada, strict regulations on coal-fired electricity will help contribute to reductions of 46% in this sector over 2005 levels by 2030. The Canadian rules on new units are in effect. The U.S. rules have not yet been finalized.”

That said, the U.S. government does have a relatively long history of implementing environmental policy. In 1970, the United States Environmental Protection Agency instituted the Clean Air Act, which has since undergone two major revisions: first in 1977 and again in 1990.

The Clean Air Act, simply put, is a federal law covering the entire country, and sets limits on certain air pollutants. More specifically, the act requires the EPA to “establish national ambient air quality standards for certain common and widespread pollutants based on the latest science.”

Given the EPA’s history of action and amendment, as well as the two nations’ close geographical and political ties, it would appear that the U.S. might, in fact, be close behind its neighbor to the north in implementing stringent regulations to help reduce air pollution and improve national health.

At the very least, the Environmental Protection Agenda’s recent release demonstrates the American government’s appreciation of this issue’s enormous significance.