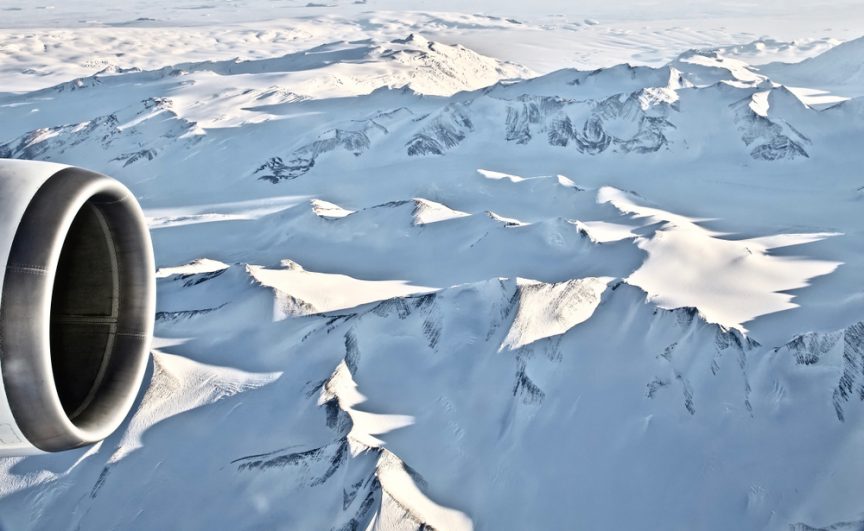 Two aircraft were able to complete simultaneous journeys over the magnetic South Pole earlier this year, positioning them for the rare honor of the Polar Diamond Circumnavigator Diploma. This amazing accomplishment is partially owed to the reliability of (extremely) rural gravel runways.

Aviation history was made very recently on the continent of Antarctica, where two different Daher TBM aircraft managed to travel over the magnetic South Pole and back earlier this year. The trips made by these aviators are two of a very small number to qualify for the Polar Diamond Circumnavigator Diploma, an achievement award bestowed by the Fédération Aéronautique Internationale (FAI) on adventurers who manage the difficult task of flying around the world.

The pilots of these aircraft credited their achievement to a number of factors, including the TBM’s manufacturer and the Chilean Air Force for providing their teams with hospitality leading up to the expedition. But there’s one other factor critical to their success that is a quintessential part of air travel in remote, freezing locations like Antarctica: the gravel runway.

The two Daher aircraft that completed this journey were both piloted by multiple generations of enthusiastic aviators. The first plane, a TBM 850, was flown by Santiago, Chile’s Sebastian Diaz, his father Patricio, and his son Sebastian Jr. Amazingly, Patricio is 88 years old, making him one of the oldest licensed TBM pilots alive, according to Daher. The second plane, a TBM 930, was piloted by Chicago’s Dierk Reuter and his son Alex.

The journeys made by the two aircraft covered 2,700 nautical miles from Santiago, Chile, to 75 degrees South, the latitude necessary to qualify for the Polar Diamond Circumnavigator Diploma. Antarctica’s average climate hovers somewhere around -56 degrees Fahrenheit and is typically beset with constant winds, making the trip a considerably dangerous one that requires three stopovers.

This hazardous environment is largely to blame for the fact that so few have tried to earn the Polar Diamond diploma. The first flight ever awarded one took place just two years ago, when Jack Long flew an unmodified PC-12 plane from Austin to the geographic point designated by the FAI.

How Gravel Got Them There and Back

Both aircraft left Chile on New Year’s Day for Teniente Rodolfo Marsh Martin Airport, the terminal on the Chilean commune of King George Island. The planes touched down on the island using the airport’s 4,232-foot gravel runway, from which they would later take off to reach their next destination at the British Antarctic Survey Sky-Blu base.

Gravel runways like the one at Teniente Rodolfo Marsh Martin Airport are common in remote areas where climates are unforgivingly cold, as traditional pavement runways are more practical solutions for small airports with low-volume yet critically important traffic. Gravel runways can easily match the strength and reliability of a paved runway, but still require regular maintenance to do so. That these intrepid explorers were able to rely on such a runway proves how sturdy these roads are even in the face of extreme temperatures.

But airports like the one on King George Island are likely well aware that maintenance efforts can prove to be burdensome, especially in arctic climates. The average gravel runway is rebuilt every ten years, with a partial rebuild taking place every five years, or even fewer if the runway is exposed to freezing temperatures. That’s why airports like Teniente Rodolfo Marsh Martin need a solution that can extend the life cycle of their runway, cutting deep into their maintenance costs and providing stronger surfaces for more historic journeys.

No one is better qualified to offer such a solution than Midwest Industrial Supply, Inc. With more than 40 years of experience helping both local airports and remote industrial operations extend the lives of their gravel runways. As the creators of the world’s first and only semi-permanent gravel runway, we have the technology to produce a surface that performs like it’s paved.

The journeys completed by the Diaz and Reuter families are tremendous accomplishments worth celebrating. That’s why rural airports around the world should consider reaching out to Midwest to ensure they can continue to make these expeditions possible through strong, reliable, and well-maintained gravel runways.