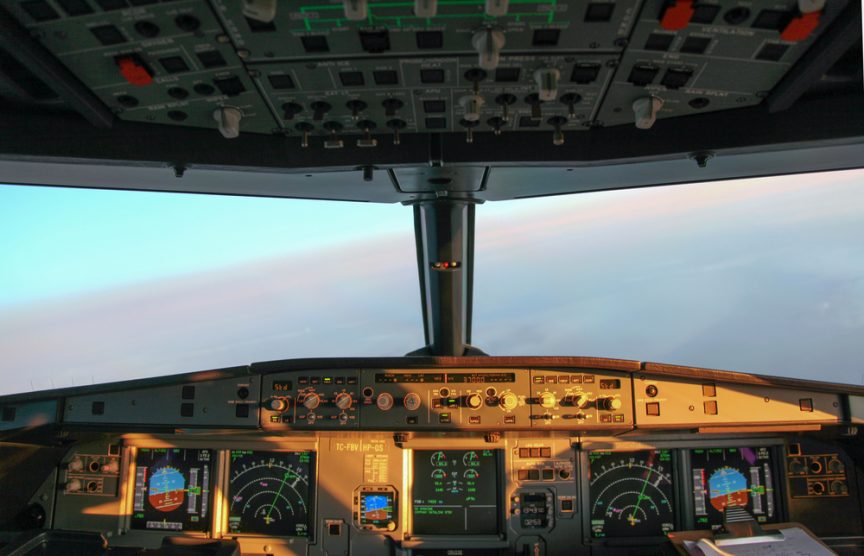 These cockpit videos gives viewers an opportunity to see what it’s like to do takeoffs and landings on gravel runways in some of the world’s most beautiful, intrepid locations. They also show just how important dust control is to the safety of these pilots.

If you’re an aviation buff, you’ve probably already heard of Just Planes. The popular YouTube channel offers plenty of content for both seasoned pilots and interested amateurs, uploading five new cockpit videos of flights from 280 airlines all around the world every week. And while much of the footage features takeoffs and landings on traditional, paved runways, a select few of Just Planes’ videos take place on a beautiful but, for many pilots, rare sight: remote gravel runways.

These five videos showcase not only the natural beauty of remote airports in rural locations around the world, but the power and reliability of an unpaved runway — that is, if it’s got a proper dust control solution in place to ensure visibility and stability. Here are our favorites.

Piloting the C-130 HERCULES from Diamond Mine Gravel Runway

This first video features the Lockheed C-130 HERCULES, a plane originally designed to transport military personnel during the Korean War. In this video, the HERCULES is taking off from Rankin Inlet, a hamlet on the northern shore of the Hudson Bay. Take a look at the miles and miles of beautiful tundra on either side of the plane — the only thing more beautiful than these pilots’ surroundings is their perfectly smooth takeoff from this immaculately maintained gravel runway.

Another C-130 video! This time, the Lockheed aircraft is landing on a gravel runway belonging to a gold mine surrounded by similarly subarctic terrain. After a beautiful descent across an expanse of frozen ice, the viewer is treated to a landing so flawless that without the sound on, you’d have a hard time knowing exactly when the landing gear touched down! This kind of clean finish is only possible if gravel on the runway is adequately suppressed, preventing small rocks from being kicked up and potentially damaging the engines or body.

Here we’re treated to the sights and sounds of a Bombardier Q200 taking off from a beautiful gravel runway in Kulusuk, Greenland, as it departs for Reykjavik, Iceland. Whereas previous runways on this list were coated in a layer of ice and snow, this one is perfectly visible and visually gorgeous. The Q200 is one of Air Iceland’s most elegant aircraft, so if you needed any proof that gravel runways are fit for today’s most advanced air vehicles, look no further than this video!

Gravel Runway Takeoff in the Cockpit of the Q400

Another Air Iceland departure from Kulusuk Airport’s beautiful runway, this time with a Q400 airliner. This takeoff is carried off just as seamlessly by its flight crew, but in this video we get slightly more detailed views of the breathtaking mountain ranges that surround Kulusuk.

While this footage is a little bit granier, it offers us plenty of helpful context surrounding everything that a 737 aircraft needs in order to make a successful landing on a gravel runway. The pilot explains that his plane needs special equipment to deflect loose gravel away from the engines and fuselage, and that he must limit his reliance on reverse thrust in order to avoid kicking up too much dust and creating visibility problems.

While all of these runways have a rustic charm, this last video reminds us of just how much risk is involved in using them if they aren’t properly treated.

Each major aircraft blows off an average of two cubic meters of runway fines in the form of dust when it takes off of a gravel runway that isn’t regularly treated. If the material in these runways isn’t replaced, the resulting surface rutting can cause damage to planes requiring hundreds of thousands of dollars’ worth of repairs.

Airports with untreated unpaved runways should reach out to Midwest Industrial Supply, Inc. for innovative semi-permanent runway technology for runways that perform like pavement.

We have over four decades of experience creating custom-designed application programs and patented products for gravel runway semi-permanent paving technology, which has proven to reduce fugitive dust emissions by 95% and extend the surface life of your runway by seven to 20 years.

Get in touch to learn how we can help design a turnkey managed service program for your runway that will keep it both beautiful and 100% safe for takeoff and landing.