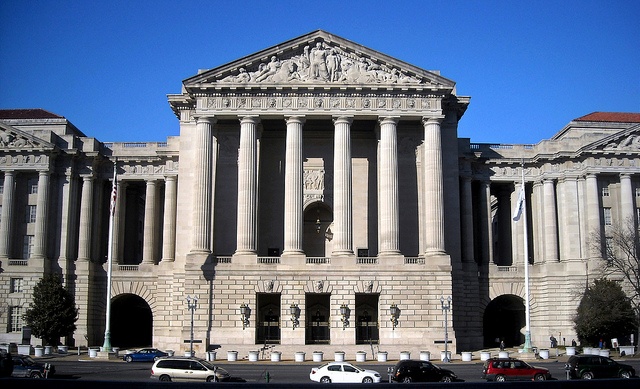 The EPA approved an alternative plan for reducing sulfur dioxide emissions from AEPCO’s Apache Generating Station, in the hopes of minimizing environmental damage and making the entire system more cost-effective.

The emissions from the plant contribute to a less-than-ideal regional haze, which pollutes the surrounding wildlife and national parks, making the area far less habitable and enjoyable. While reducing regional haze is a concern shared by the EPA and AEPCO, it has taken years for a reduction plan to finally be agreed upon.

The original measures proposed by the EPA in 2012, also known as Best Available Retrofit Technology (BART), would have required at least $200 million to install a very expensive technology — Selective Catalytic Reduction (SCR) — on both of Apache’s coal units.

The revision, put forward by AEPCO in early 2013, will cost only $32 million, and involves converting only one coal unit to natural gas and installing SCR technology on the remaining unit.

In addition to these two revisions, AEPCO’s newly approved measures will also result in even greater reductions of sulfur dioxide and other particulates, as required by the EPA. The government agency approved this new proposal last month, and has deemed February 5, 2017, as the official compliance deadline.

Win-Win for Everyone Involved

Michelle Freeark, director of safety and environmental services with AEPCO, called the plan an undeniable “win-win” situation. She emphasized that the revision demonstrates how a generation and transmission cooperative can work together with a regulator to achieve a common goal — greater visibility in the surrounding environment is, after all, a shared interest.

Together, both parties can work towards reducing emissions, stabilizing costs, and bettering a shared community.

Patrick Ledger, CEO of the Arizona Generation and Transmission Cooperatives (AzGT), also pointed out that the revision comes as good news to rural inhabitants who rely on AzGT’s reliable, safe and affordable energy.

AzGT played an important role in the negotiations, meeting with the EPA to work through specifics of the arrangement, while the Arizona Department of Environmental Equality planned and held a public hearing to address the proposal publicly.

The final AzGT news report on the successful revision asserts: “We are the first Arizona utility to settle out of court with the EPA on regional haze… Other utilities are going down the same path – and asking us for advice on how to get through the process.”

Improving visibility in the region remains “a common goal” for all parties, the EPA included. The revision marks not only a promising plan to reduce the emissions and effects of sulfur dioxide, but also a rare, successful collaboration between a local utility and the EPA.

The merits of the revised plan are incontrovertible, and call for a stronger, more cooperative relationship between the EPA and utilities moving forward — in and of itself another hidden benefit of the entire planning process.

Closer communication will promise better results and avoid unnecessary expenditures and bureaucracy, as long as both parties maintain a common goal and vision.

The vision and the teamwork that made it possible sets an extraordinary example for future regulatory work, and should inspire positive collaboration between a variety of government and non-government organizations.