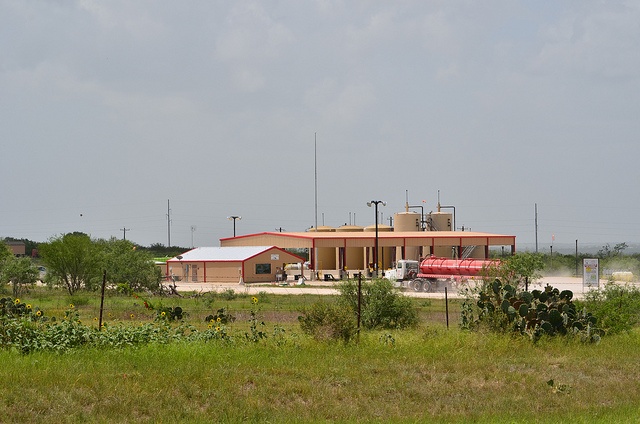 As lawmakers have recently fought for control of fracking in the Lone Star state, let’s consider why — especially when it comes to fracking — you shouldn’t mess with Texas.

Texas Governor Greg Abbott recently approved a bill to give the state sole power to veto fracking within its borders, moving the decision out of the hands of local municipalities. The decision has been met with strong reactions on both sides of the debate, and it’s unclear where this issue will lead down the line.

Texas IS Oil and Gas

Everyone knows that the oil and gas industries in Texas have enjoyed a long, prosperous history, and they show no signs of slowing down.

The state’s oil production and reserves still surpass those of every other state in the country, according to USA Today, and the U.S. Energy Information Administration attributes 29% of that growth to hydraulic fracturing.

As the biggest oil and gas producer in the country, it’s no wonder that the industry is so critical to Texas’ economy — it’s the state’s biggest job creator, and currently employs around two million people, according to the Texas Oil and Gas Association. It’s likely that massive labor force comprises a large part of the 75% of Texans who agree that the state should control oil and gas production.

Texas and the Rest of America

Business Insider reports how Texas isn’t just one of the largest states (only Alaska is bigger geographically and only California can claim more residents) — it’s also one of the biggest earners. The GDP of Texas alone would rank 13th in the world, beating out such economic heavyweights as Saudi Arabia and Mexico and overshadowing the majority of countries on the planet, according to the World Bank.

With figures like these, you can see why some are calling for an independant Texas — on paper, at least, it looks like it could stand up on its own.

That said, Texans represent an integral part of America’s economic framework, as Forbes describes them as our “greatest regional asset.” The prices of oil and gas (and thus production) affect everyone, and the knock-on effect can be huge when the cost per barrel fluctuates.

Therefore, who better to self-manage and regulate such economic indicators and standards than the state of Texas, which has already been doing it on the municipal level for decades.

We Won’t Mess with Texas, But Midwest Can Help

No matter what industry they’re in, responsible operators have processes, procedures, and regulations in place, in addition to their own guidelines to self-regulate — and shale gas is no different.

Those opposed to hydraulic fracturing are concerned about things like water pollution and greenhouse gasses, both of which can be monitored and fully addressed with the Environmental Compliance Support services offered by Midwest Industrial Supply, Inc.

Regardless of which governing body sets them, Midwest can help your operation ensure it is in full compliance with every and all regulation, while also helping you set the bar high for employee safety and production efficiency onsite. What better way to prove the opposition wrong than with some proactive successes?

This Ain’t Our First Rodeo

It seems only natural to allow a state with such a long and productive history in the oil and gas business continue to regulate its own industries — after all, the process of fracking was invented in Texas at the Barnett Shale formation, so it’s not exactly a foreign technology, according to the New York Times.

However, with regular oil and gas drilling — and any heavy industry for that matter — the process does come with risks, and managing those risks is key. We say let Texas do what it knows best — but let Midwest help along the way.