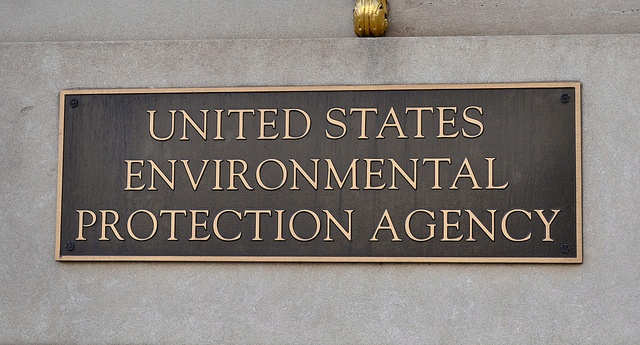 The Clean Power Plan has a very noble objective in reducing carbon emissions, but the existing technology can’t fill the gap. Is there a better way to achieve that goal?

A year ago, the Environmental Protection Agency (EPA) announced a new proposal aimed at reducing carbon emissions from power plants. It’s called the Clean Power Plan, and much like some of its forebears (notably, the Clean Air Act and the Clean Water Act), it would give the EPA the power to set regulations on greenhouse gas emissions from coal-fired power plants. Now, this plan is not law – not yet, anyway. At this point, it’s a proposal that will be put before Congress when the congressional session begins in October. Here’s the thing: the Clean Power Plan looks nice on the surface; who in their right mind can’t get behind having more efficient power plants? The EPA released its own compelling fact sheets, and everybody agrees that their goal is an important one. The problem is that when you look beneath the hood, the proposal doesn’t hold up as well as we’d hope.

By putting caps on the level of carbon emissions from existing power plants (the requirement would be to cut those emissions by 30 percent by the year 2030), the EPA hopes to foster growth in the renewable energy sector. It’s a noble goal, but it isn’t likely to happen. Why? Well, watt-for-watt, renewable energy sources are still some of the most expensive for the end user (that’s individual consumers) in the United States. This report breaks down some of the costs associated with simply using existing energy sources, to say nothing of those startup costs. Even taking into account some of the burdens power plants will face in the coming years due to environmental regulations, this government report found that renewable energy sources were still significantly more expensive than coal and gas. In fact, even with subsidies from the government, solar energy is almost twice as expensive as coal or gas! It turns out that wind and solar energy just aren’t viable options for most Americans, at least not until the technology catches up to existing power needs.

Not only is the cost associated with switching to these energy sources extremely high, cost of use can climb depending on where you live. Some states are lucky enough to have steady winds and constant sunlight, but the economic burden will fall disproportionately on states that don’t enjoy those conditions. It’s not fair to punish people with higher electric bills just because of where they happen to make their home, or because of environmental factors over which they have no control. Gas and coal, on the other hand, are some of the most reliable sources of power we have in this country. The market right now makes it easier and more efficient for individual consumers to use electricity from coal- or gas-fired power plants.

The fact that people will still need to use power regardless of where it comes from is something that the EPA seems to have overlooked. Having access to safe, reliable, and cheap electricity is something that we take for granted in this country. But to be able to fully participate in the economy, it’s a necessity. Take away someone’s electricity and you take away their ability to study at night, to store their food safely in a refrigerator, or to flip a light switch. These regulations won’t just impact power plants – they’ll impact individual people in the form of higher bills, and that’s something that many Americans just can’t afford to take on right now.

So what’s a solution? Because again, we all agree that reducing carbon emissions is a noble goal – we just can’t put all of the responsibility for doing so on the power plants and saddle taxpayers with the bill. A valid solution would be to amend the Clean Power Plan to incentivize individual consumers to reduce their own emissions. A Forbes economist has explained it well: tweaking the formula that the Clean Power Plan uses to assess how well each state is doing to include a reduction in total carbon emission is a solid way to do that. See, as it stands, states have to cut the amount of carbon emitted in relation to the electricity used in that state. There’s nothing in there about the amount of electricity used, period. Basically, the plan requires power plants to become more efficient, and offers penalties if they don’t. It doesn’t offer any incentives for individual consumers to make themselves part of the solution – it only sees them as part of the problem.

So, how can we make the Clean Power Plan a little more viable? Let’s encourage individuals to take a little more responsibility for their consumption. If the EPA is so set on using taxpayer dollars as to enforce this proposal, why not use some of that money to subsidize individuals insulating their houses and figuring out other ways to reduce their energy intake? That would give power plants a little more breathing room, so that they wouldn’t have to jack up prices for consumers as a result of their new requirements. In short, the EPA has done a wonderful job of showing power plants a stick – now it’s time to give the taxpayers a carrot. That’s responsible environmental stewardship.