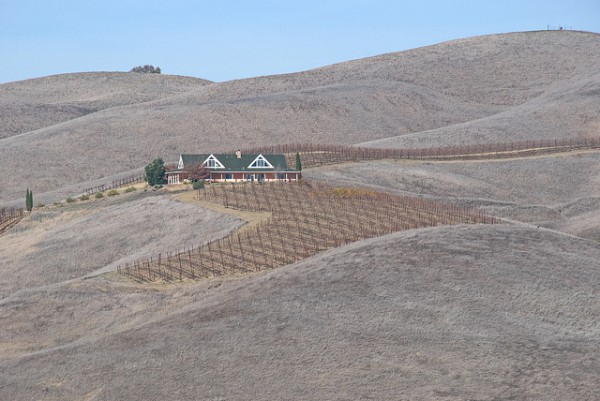 The effects of California’s prolonged drought on the environment have been devastating.

Even just from looking at pictures, we can see how severe some of the consequences of the drought have been, and what these conditions mean for California’s environment. Let’s take a look at some of the potential environmentally-friendly solutions available that have been proven to substantially minimize the damage of similar natural disasters.

In fact, the lake’s water levels are at an all-time historic low. As reported by the Independent, scientists discovered that as of August 28th, 2014, the lake was only at 32% — filling much less of its total 3,157, 577 acres than usual.

Comparing images of Lake Oroville from the summer of 2011 to the summer of 2014, it’s clear that the drought has had a devastating impact on not only the water levels, but on the entire surrounding natural environment. The lack of moisture in the ground has dramatically reduced the number of trees and shrubs near the bed of the lake, and extreme soil loss has occurred.

Lake Oroville is just one microcosm of many in California that have suffered serious impacts from the drought. In a recent dramatic move, California actually ordered a 25% statewide cut in water use to combat these exorbitant environmental effects. Measures like this one were considered during another drought in the 1970s, but never actually came to fruition. This time, they had to.

Here are some of the most significant effects that drought can have on surrounding areas, many of which are serious, current issues in California.

A reduced level of vegetation caused by the lack of water makes the ground far more prone to wind erosion, which, in turn, causes a lot of excess dust. This excess can lead to dust storms and increased sand deposits, which often kill even more trees, shrubs, and crops than the initial lack of water. Not only can these dust storms be harmful to plants, but they also impact visibility on roads, and can create dangerous conditions for drivers. Roads can crack, bubble, and melt in excessively hot and dry conditions.

The lack of rain and warmer temperatures also put California at an increased risk of forest fires and desertification. Land that was once fertile can severely dry out, and is unlikely to fully recover.

Changes to the Land

According to water scientists at Scripps Institution of Oceanography at UC San Diego, California’s vanishing water is actually causing the ground to rise. How is that even possible? Think about it this way: when you put something on the surface of the earth, there is a good chance that the ground will sink in a bit. In the same way, when you remove something relatively heavy, the ground will likely lift. Though this impact is on a much larger scale, this is no small drought, and serious changes like this are inevitable.

According to NBC News, a study by the Center for Watershed Sciences at the University of California claims that the direct cost of California’s drought to the agriculture industry alone is an estimated $1.5 billion. The majority of this cost is due to about 5% of irrigated cropland going out of production — a significant loss in a huge agricultural state. As a result of these losses, farmers have turned to plumbing groundwater, since significant amounts of surface water have dried up.

Not only has water loss hugely affected agriculture, but it’s also changed the quality and composition of the soil, which can often prevent certain crops from growing and thriving.

The drought is also detrimental to fish and other wildlife — particularly species native to California, whose habitat and food supply are likely to have been severely affected if not eradicated. This could potentially mean losses or total elimination of certain species, as well as an increase of disease in wild animals.

In addition to the newly established measures, California previously introduced a $500 fine for residents caught using excessive amounts of water, and businesses have put measures in place to reduce their water consumption. This drought is severe enough to require serious action from the government, and hopefully these measures will raise awareness and effort on the part of California residents to significantly change the way they interact with water.

Here are some ways to potentially alleviate some of the drought’s immediate effects on the land:

New technological methods can be used to counteract and sometimes eliminate the negative effects of dust — one of the biggest problem-causers brought about by drought.

Midwest Industrial Supply Inc.’s EnviroKleen® product, a waterless dust suppressant, controls fugitive dust and unstable surfaces. It works by capturing fines and keeping them locked into the surface, without tracking onto roadways or sticking to vehicles. EnviroKleen performs well at extreme temperatures, is biodegradable, works with all types of soil, and is even effective on clay and sand.

If you’re looking to protect the environment from the potentially devastating effects of dust, Midwest’s certified dust products can help.

Improving the Quality of Soil

To combat help combat the aforementioned effects of California’s drought on soil quality, Midwest has a collection of certified and environmentally sound stabilization agents, which are proven to increase the structural strength of poor quality soils.

One way to prevent the negative effects of erosion is by applying soil products, which stabilize any areas of arid land and help to maintain a stable natural environment. Midwest’s soil stabilization and soil erosion products are proven to eliminate up to 98% of erosion problems at the source, making sure a habitat stays just the way it is.

To further protect the fish and wildlife living in and around California’s lakes and rivers, similar erosion control solutions can be applied. These methods prevent polluted stormwater runoff and sediment from clogged waterways from harming aquatic life and animals that inhabit the area.

Droughts, like this one in California, can have a long-lasting impact on the environment, wildlife, industry and economy of a region. While there’s no doubt that the climate is out of anyone’s control, certain products and solutions — like those offered by Midwest — can ease the harmful effects of these conditions, and work to minimize the impacts of dust and erosion.