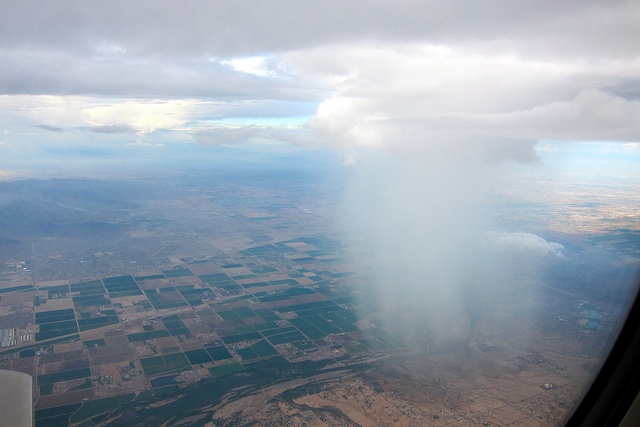 Enormous gulf storms, known as Monsoons, carry inherent dangers like flash floods, soil erosion, and dust. When these storms pose a threat to your community, it’s critical to ensure your property will be protected.

July in Arizona means monsoon season. These sprawling thunderstorms bring welcome rain and respite to an otherwise hot and arid region. However, with monsoons come unwelcome threats to person and property: flash floods, erosion, and windblown dust. To ensure residents stay safe and avoid property damage, Arizonans need set preventative measures in place. Let’s talk about monsoons, and how to stay safe in one.

What is a Monsoon?

These tremendous, rain-filled storms are caused by changing solar schedules. Higher solar radiation brought by hot summer months heats up the ground, which in turn heats the air, causing thermals and updrafts.

These rising hot air masses create low-pressure areas, drawing in air from surrounding regions, including the large bodies of warm water to the south of the continent like the Gulf of Mexico and the Gulf of California.

Naturally, ocean air carries more moisture than air over dry land – as large quantities of this humid air are sucked into low pressure systems, they ascend over the Mexican plateau, cool, and condense into massive rain clouds. Come the cool afternoon, these clouds release unrelenting quantities of rain.

It’s in July that low pressure systems move further north, into Arizona. At this point, the winds disconcertingly change direction, blowing from the southeast instead of the southwest.

This year, Arizona has experienced extensive and unusually early rainfall, but the monsoon season is actually expected to be relatively moderate – with 55% percent certainty, Arizona will see less rainfall than the historical average.

However, due to Arizona’s arid climate, the ground is fairly non-porous. This means that just a small downpour can cause a major flood, even when the rainfall occurs many miles away. For this reason, it’s recommended to not camp in dry riverbeds, as these transport flood waters from great distances and can catch campers and hikers unawares. Water also often escapes the edges of riverbeds, creating hazardous driving conditions and causing damage to property.

Lightning strikes are also a concern, as thunderstorms develop quickly and strike people in areas with low coverage. Alarmingly, golfers often become caught on courses where the lightning risk is high (while holding metal clubs). Consequently, many golf courses in Arizona have installed lightning warning systems to increase safety.

Both campers on open ground and fishermen on open water are also at high risk of being struck, and are advised to quickly seek cover should storms develop. Staying a distance of at least 100 yards from open water is advised.

And with thunderstorms comes high-intensity wind – these drafts can pick up significant volumes of dust from parched land, creating potentially dangerous dust storms.

Arizonans should be especially concerned with property damage and road safety during flooding and dust storms. When traveling by car, storms can appear out of nowhere and reduce road visibility to zero. Before visibility gets unmanageable, motorists should stop in a safe area well off the road and stay in their vehicles until conditions clear.

For those vulnerable to severe weather, Midwest Industrial Supply, Inc. offers myriad dust control and soil stabilization solutions that prevent both erosion and dust production on bare, vulnerable land. Oftentimes, even properly-maintained land will need repairs after severe flooding or hurricane-force winds. Contact Midwest today to make use of our four decades of experience in handling these essential services, and we will gladly provide you with an environmentally-friendly, cost-effective solution to any erosion or dust control problem.