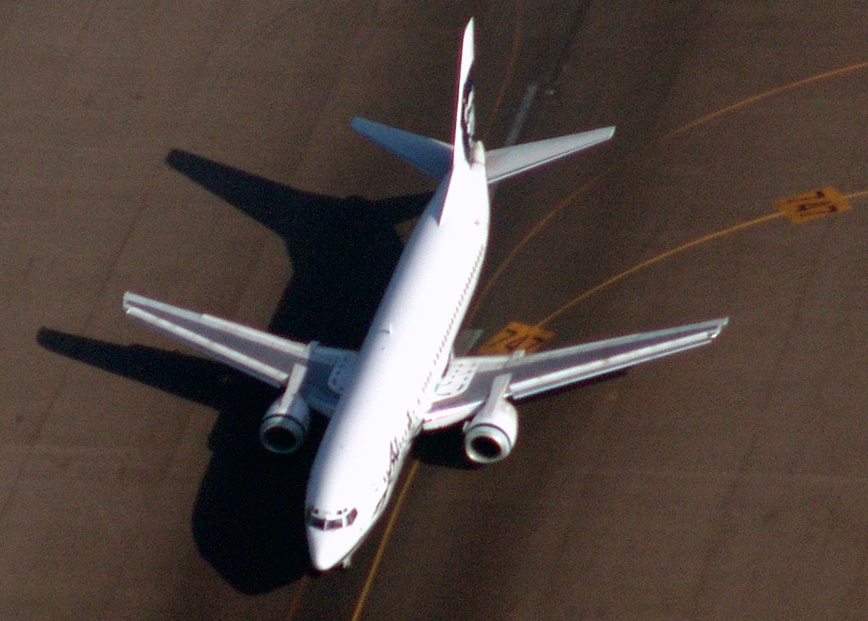 50 years ago, the state of Alaska’s “jet age” was born, and many flocked to witness it — today, a few former Alaska Airlines employees recall this fascinating time in the history of air travel.

March 29 marked the 50th anniversary of the first successful landing of an Alaska Airlines jet — a Boeing 727-90C Golden Nugget — on the gravel runway of Sitka Rocky Gutierrez Airport in Alaska. The first scheduled flight to Sitka didn’t land until June 1, 1967, but this late-March touchdown is still considered a landmark event in Sitka, ushering in the city’s “jet age.”

A Bumpy Yet Successful Landing

Alaskan community station KCAW’s Raven Radio spoke with a former Alaska Airlines employee, Bill Foster, about what it was like to work for a small airline competing with the biggest companies during the Golden Age of commercial air travel. He explains that the jet’s successful landing showed residents of Sitka “what to expect” when it came to traveling by plane in an area as rural as Sitka, including what it felt like to land on a gravel runway.

Since gravel runways were still relatively new for commercial airlines at the time, the plane had to get certified by the FAA before landing on such a surface, Foster explains. The jet carried 70 passengers (the limit at the time) and thousands of pounds of freight. (The “C” in Boeing 727-90C denotes that the aircraft is also meant to transport cargo.)

“It’s a real experience to hear all that gravel,” he adds, having landed 727s on Alaskan gravel runways himself. Special shields were necessary so that gravel did not fly up and cause damage to the plane’s body (this, of course, was before the invention of advanced dust suppression technology).

Everyone Wanted to Witness the Dawn of the Jet Age

The landing did not go unnoticed — on the contrary, it was observed by practically everyone in the city. Foster notes that the governor, mayor, and a high school marching band were among the dozens gathered at the runway to witness the jet touch down. Another employee shot an 8mm home movie of the experience, which has been preserved by the local historical society. It wasn’t easy to get there for non-residents, as a nearby bridge was yet to be completed at the time, but that didn’t stop the many visitors who traveled by boat to reach the airport.

And the plane itself was memorable as well — the Boeing Golden Nugget model was part of a special promotional campaign with a “Gay 90s” theme, designed to remind travelers of the Gold Rush at the end of the 19th century. Seats were emblazoned with red and gold, the interior was decorated with ornate tassels and wallpaper, and the flight attendants wore old-fashioned costumes. Some flights even featured banjo performances!

Believe it or not, the jet landing happened one day before the official dedication of Sitka’s centennial hall, which still exists today as it nears its 150th anniversary. Nowadays, you can see a photograph of the landing on display at the Sitka airport near the ticket counter.

Though the Sitka airport’s runway has since been paved, gravel runways are far from a thing of the past. They are an integral part of countless aircraft operations globally, including many rural and remote areas in Alaska. To ensure that these runways remain in tip-top shape, especially when temperatures drop to extreme lows, fines preservation is a critical investment.

Midwest Industrial Supply, Inc. has been in the business of fines preservation for over 40 years, and even has experience assisting transport in the state of Alaska, saving the Department of Transportation tens of thousands of dollars in maintenance costs. Our fines preservation products work to lock fines and particles into the runway, making for stronger and more reliable surfaces.