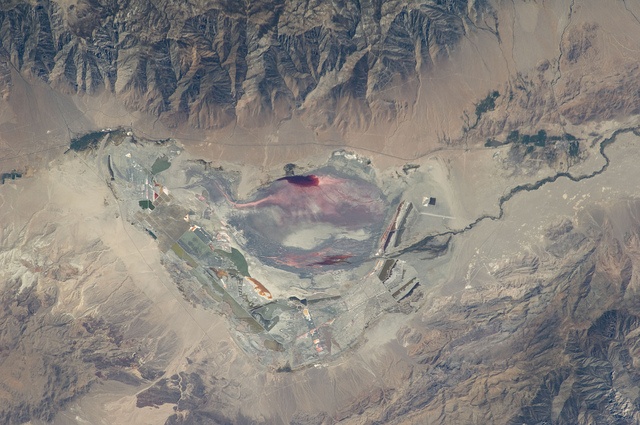 From California to Kazakhstan, take a look at some of the dustiest places on the planet.

Dust deserves the bad rap it gets in many places, but in some special instances, this particulate isn’t all that bad. While too much dust is certainly harmful to human life, not to speak of human industry, some dust might also be essential for marine life. These three locations claim the top spots on our list of the dustiest places on Earth.

Once the fourth largest lake in the world, the Aral Sea in Kazakhstan and Uzbekistan is now the third dustiest location in the world, according to Ocean World, thanks to a botched attempt to improve irrigation by the Soviet Union.

Hoping to meet the rising demand for water in order to produce cotton on a globally competitive scale, the USSR partially diverted the Syr Darya and Aru Darya rivers into arid and semi-arid land in the 1950s. While cotton production did indeed skyrocket, the Aral Sea began dramatically shrinking in size, as billions of liters of water were siphoned from the feeder rivers. Population growth and poor irrigation practices only compounded the issue, and the once-giant lake has dried up to four smaller, separate lakes.

The dust left behind is a toxic mix of salt, clay, oil hydrocarbons, phenols, heavy metals and minerals, as well as pesticides. 100 million tons are blown indiscriminately through Asia, and trace amounts have even been found in Greenland and Antarctica.

The dustiest place in North America, and second dustiest in the world, goes to the Owens Valley in California. Also a result of human error, the valley is the single largest source of PM10 dust in the United States.

In the early 20th century, the Los Angeles Department of Water and Power obtained almost all the rights to water in the Owens Valley to feed the budding city’s growth. LA bought much of the land in the valley and captured the water flowing from the Sierra Nevada into the Owens River. Because most of the soil in the Owens Valley is porous, water from streams in the Sierra Nevada was deposited in a large pool of shallow groundwater at the northern end of the valley, but as the water was sent to LA, Owens Lake dried up.

The area receives very little rainfall each year, making the lake bed dry particularly in the summer months when high winds blow the length of the valley. The dust is 30% salt and can cover vast areas of the Mojave Desert.

The Bodélé Depression in northern Chad takes the top spot of dustiest places on the planet. Unlike the Owens Valley and Aral Sea, the Bodélé Depression is a naturally occurring producer of dust. The area is what’s left of the giant freshwater Lake Megachad that formed thousands of years ago when the region was much wetter. Now, the depression receives less than two inches of rain per year.

The gap created by the Tibesti Mountains in the north and the Ennedi Mountains in the east funnel winds into the depression that carry dust all the way to the Atlantic Ocean and into the atmosphere. The winds deposit calcium, iron, potassium, and phosphorus into the Atlantic, on which phytoplankton depend for survival. The dust is also one of the primary fertilizers for the Amazon basin.

While controlling the dust of the Bodélé Depression probably isn’t in anyone’s best interest, Midwest Industrial Supply, Inc.’s Organic Synthetic Dust Control® solutions are the best answer for occasions when dust is a nuisance. Reducing dust by up to 80% over four years, Midwest’s EnviroKleen® is the most effective option on the market, from California to Kazakhstan.