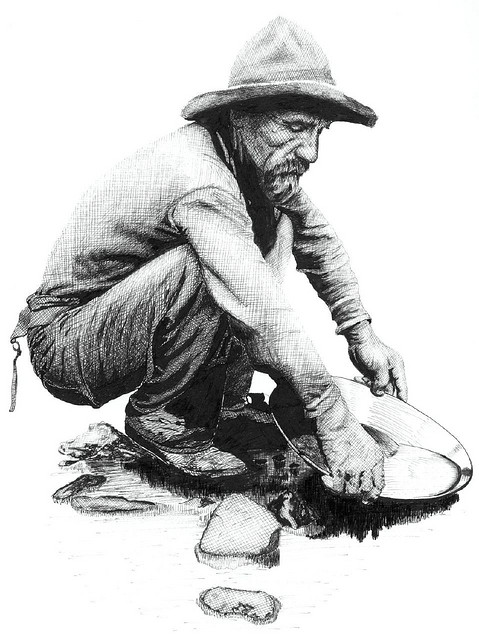 Hardrock mining regulations are due to be updated from the General Mining Act of 1872, bringing them more in line with the regulations that govern the coal, gas and oil industries. The changes will mean mining companies will have to pay royalties for the materials they extract from public land, which will be used by the federal government to help clear up the site.

The current law related to hardrock mining practices on public lands allows mining companies to extract valuable hard minerals like gold, silver, and uranium from publicly owned lands without paying any royalties to taxpayers or to the federal government.

The General Mining Act of 1872 also allows mining companies to abandon old extraction sites, without making them fit for regeneration – a requirement for other industries.

Even though it passed with good intentions in 1872, environmentalists claim the law has no application to modern mining practices. Thus, the proposed reform bill, Hardrock Mining and Reclamation Act of 2014 (H.R. 5060), sponsored by Peter DeFazio (D-OR), attempts to rectify the present predicament, to the detriment of hardrock mining companies.

There have been two relatively recent attempts to reform the bill. Seven years ago, the Hardrock Mining and Reclamation Act of 2007 (H.R. 2262) was passed by the House. As described by Inside EPA, the legislation—introduced by Nick Rahall (D-WV) and Jim Costa (D-CA)—proposed that mining companies pay royalties to the federal government for mining on public lands: 4% of gross revenues from existing mining operations and 8% on new mining operations.

Royalty money would have been used to fund cleanups of abandoned mining sites and to support affected communities. The bill died in 2009 before being acted upon by the Senate.

In 2009, Jeff Bingaman (D –NM) introduced a second reform bill of the same name (H.R. 699). This version proposed that mining companies pay royalties of 2% to 5% for new mines operating after the bill’s introduction.

Additionally, a reclamation tax from 0.3% to 1% would be collected on all current and new mining operations on public, private and tribal lands. The royalties and reclamation funds would be used to reclaim and clean up abandoned hardrock mine sites. The bill died in 2011, before Congress could act upon it.

In line with the mineral Leasing Act of 1920, the federal government collects royalties of between 8% and 12.5% on every ton of coal that is mined on federal lands, which has amounted to nearly $2.1 billion from oil, gas, coal and other energy royalties to date.

Similar to the 2007 and 2009 proposed reforms, the proposed Hardrock Mining and Reclamation Act of 2014 (H.R. 5060) forces mining companies to pay royalties of 8% on new mining operations on public lands and 4% on existing mines, with an exception for small mining operations of less than $100,000 in gross revenues that will be exempt from the royalties.

Another option discussed by federal government is making mining companies accountable for the changes they make to the landscape at their own cost, whether that means preventing erosion on roadways, preventing toxic substances to leach into the waterways, or making the land on which the mine once stood suitable for regeneration. This risks becoming an even more onerous requirement for the industry.

National Mining Association (NMA) CEO Hal Quinn said in a statement: “Far from being a ‘give away’ of taxpayers’ resources, as the report alleges, mining on federal lands provides real value. By imposing additional taxes and redundant regulatory costs on mining, however, Rep. DeFazio’s bill will ‘take away’ mining revenue and employment opportunities by discouraging mining investment.”

Getting Closer to a Compromise

Although the Hardrock Mining and Reclamation Act of 2014 (H.R. 5060) does not take into account the views of the hardrock mining industry, it can be viewed as a compromise between the high levels of taxation on the coal, oil and gas industries and protecting the profits of the industry. Whether or not H.R. 5060 is a good solution, it’s clear that an update to statutes set in 1872 and a healthy discussion of the issues at play will help the US economy to thrive as it should.