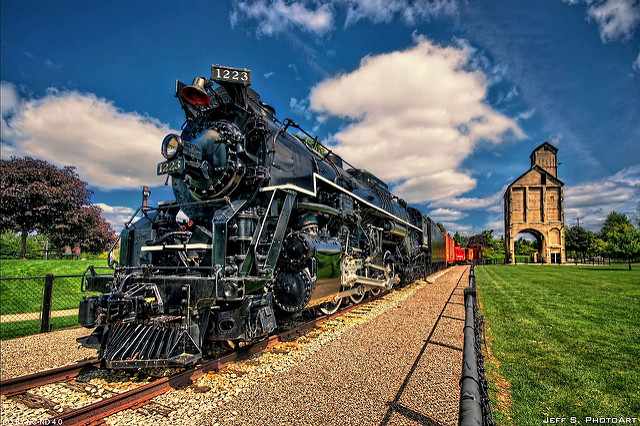 The rail industry helped to shape America into what is today, and it continues to carry our nation into the future.

Without railroads, the world would be an altogether different place. From fueling the industrial revolution to actually shaping the physical landscape, trains have left an indelible mark on the world and the United States in particular. Taking a look at historical trends since the birth of the steam locomotive, it is impossible to overstate the industry’s importance today.

Arguably no other technological innovation or form of transportation has had an impact as large as the railroad. The economic, social, and cultural doors that were opened by trains transformed the world, connecting towns and cutting through mountains. While railroads were a product of the industrial revolution, that same process would not have accomplished nearly as much without the facilitation and problem-solving furnished by the rail companies.

The presence of railroads could make or break a city; they changed they way we keep time (we probably wouldn’t wear wristwatches were it not for railroads). In fact, the concept of time zones was created to accommodate rail roads, according to History.com. And railroads restructured the social, physical, and economic foundations of the United States.

Cities began to organize around newly constructed stations that became icons in themselves, physical sanctuaries representing the pleasures of travel — rail transportation had transformed from a utility to a luxury. Never before had people commuted in such large numbers across almost all socioeconomic groups. The decline of railroads from their industrial peak began thanks to the re-emergence of private transportation, as cars became more affordable and reliable.

Despite cutbacks in the past, railroads are very much alive and well today — in fact, they are actually growing.

A transition from urban to suburban life and our continuing reliance on cars has led to unprecedented congestion on the roads, costing an estimated $121 billion to the U.S. economy in 2011. As a result, Amtrak has set 10 ridership records in 11 years, according to the National Association of Railroad Passengers, and currently captures nearly 70% of the air-rail market in the Northeast Corridor. Public transportation ridership has increased 34 percent since 1995, reaching levels not seen since 1957.

Moreover, passenger and freight rail employ more than 300,000 people in the United States alone, and the US Department of Commerce estimates that freight rails sustain more than a million additional jobs, according to the Association of American Railroads. The industry accounts for one third of American exports while consuming substantially less fuel than its trucking counterpart — approximately four times less. Railroads also reduce greenhouse gas emissions by 75%, and new regulations implemented over the last few years will further cut rail emissions by up to 90%.

The American economy depends on railroads not only for the money it saves and the jobs it supports, but also because it fuels our growth and sustains our way of life. Coal, for example, is the single greatest source of electricity in the U.S., and 70% of coal is delivered via train. Everything from food, to lumber, to motor vehicles is transported on the railways, and our society as we know it simply could not function without them.

In order to keep trains running smoothly and on time, small and simple improvements are needed, whether they are related to infrastructure or maintenance, as the Harvard Business Review reports. Midwest Industrial Supply, Inc’s Glidex® MC long-lasting synthetic switch lubricant keeps rail switches operating smoothly as possible in any climate. Zero Gravity Third Rail® rail anti-icer was co-developed with NASA scientists to make sure rails are in the best shape, no matter the conditions. The solutions are biodegradable and nontoxic, aligning with government goals to reduce the industry’s impact on the environment.

Just as we depend on the railroads, railroads can depend on Midwest for all of their anti-icing, de-icing, and lubrication needs.