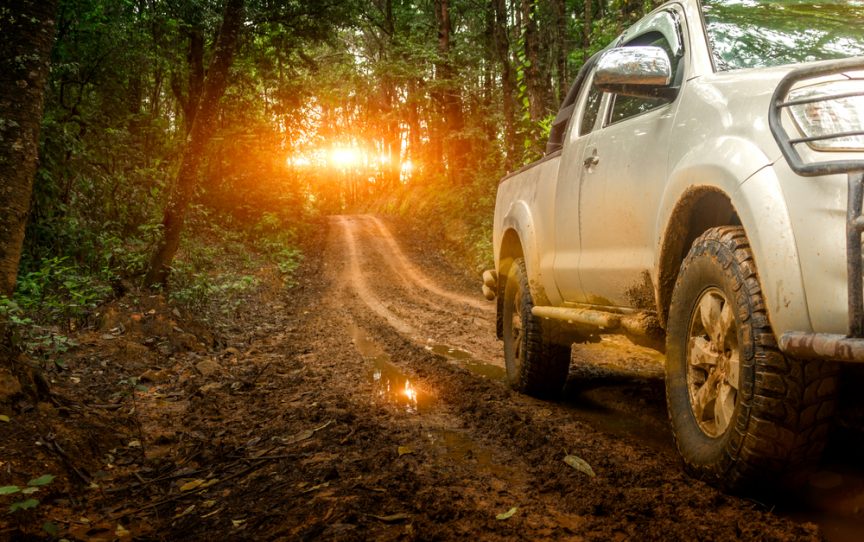 Off-road vehicles are becoming more and more popular with U.S. consumers, which means that 2019 can be expected to bring a bumper crop of exciting new models to market from major automakers. Here are our top five picks to be released this year.

Thanks to lower gas prices and a booming economy, pickup trucks and high-performance SUVs are enjoying a great deal of attention from American consumers. Passenger car sales in general have been on a slow decline since 2008, but off-road trucks and SUVs sales have actually been increasing during the same time period. New engineering technologies have made off-road vehicles more livable and even more luxurious than they could have been in the past, leading many auto consumers to give them a second look.

This desire for cars that are both comfortable and capable of navigating bumpy, unpaved terrain has made for a challenging assignment for auto engineers. The result has been a range of innovative, exciting, and fun trucks and SUVs expected to hit the market this year. Here is our list of the top five off-road vehicles set to be released in 2019.

There’s a ton of badging on the 2019 Ford Ranger Raptor. pic.twitter.com/ToGZEBSuTR

After being taken off the market in 2011, the Ranger has been reintroduced by Ford in order to compete for a new kind of off-road vehicle consumer, one who uses their truck for leisure rather than for work. Think of the Ranger as a mid-sized alternative to the gigantic Ford F-150. The new model comes with front and rear steel bumpers, the popular Trail Control system, as well as upgraded tires.

Land Rover remains tight-lipped about the new version of its Defender model, which hasn’t been sold in North America since 1997. But the automaker has released photos of a camouflaged version of the vehicle, which appears bulkier than its predecessors. Land Rover has teased that the model will have a new design on both its exterior and interior, and will feature “a suite of the latest driver assistance and connectivity features available.” Still, they promise the latest version will “honor the model’s history for rugged durability, thoroughly remaining a Defender for the 21st century.”

The Colorado ZR2 Bison improves on the original Chevy ZR2 design to deliver a pickup truck that is exceptionally capable of handling all off-roading adventures. The Bison features five skid plates to protect vital parts of its undercarriage from jagged, rocky terrain, as well as steel front and rear bumpers. The Bison represents an attempt to build upon the already formidable ZR2 off-roading vehicle, with an improved approach angle, extra 2-inch lift, and a class-exclusive diesel engine.

A True Jeep Wrangler. It’s a 2019 and some things never change, according to our Jeep Guru Kevin. https://t.co/lAcucuM9eP pic.twitter.com/L8HnhMElQ5

We’d be remiss without mentioning this classic off-roader! The latest version of the Jeep Wrangler may not look a whole lot different, but nearly every aspect of its interior has been changed to allow for better off-roading capability. With three available 4×4 systems, new skid plates on the undercarriage, and improved suspension articulation, this update on a classic keeps much of the old appeal while improving on the capabilities behind its rugged reputation

More about the G-Class: https://t.co/N6Oe9I1WBw

Built in 1979, Mercedes decided the G-Class was in need of an update. The 2019 edition represents a complete rebuild of the old model, though much about its appearance remains the same — including its iconic shape. But while the outside keeps the classy look that is essential to its prestige, the car is designed to be all business off the road, offering standard 4-wheel drive and a twin-turbo V8 engine with 416 horsepower. The G-Class comes at a significant price, but that cost only makes it a better luxury vehicle for those who aren’t afraid of getting a little mud on their hands.

Safely Traveling in Style and Comfort

While all these cars offer drivers the power to traverse even the most treacherous of terrains, if you’re a municipality or business that services unpaved roads, the last thing you want is for them to be a challenge worthy of a world-class truck or SUV. That’s why Midwest Industrial Supply, Inc., offers these organizations the world-class dust control products and application strategies necessary to ensure that you don’t need 4-wheel drive or steel plates to travel down your dirt or gravel road.

With over 40 years of experience creating pavement-like strength from unpaved road materials for enterprises, municipalities, and townships, we at Midwest are fully prepared to deal with any issues that are sapping the strength of your gravel or dirt road. Our products mix with your road’s native soils to engineer a durable surface that resists erosion, moisture, and pressure. And we’ve helped hundreds of our clients improve safety, cut down on maintenance costs, and extend the life cycle of their roads.

There’s no need to ford rivers and mountains to find a better dust control solution — just call Midwest for a custom program that’s right for your needs.