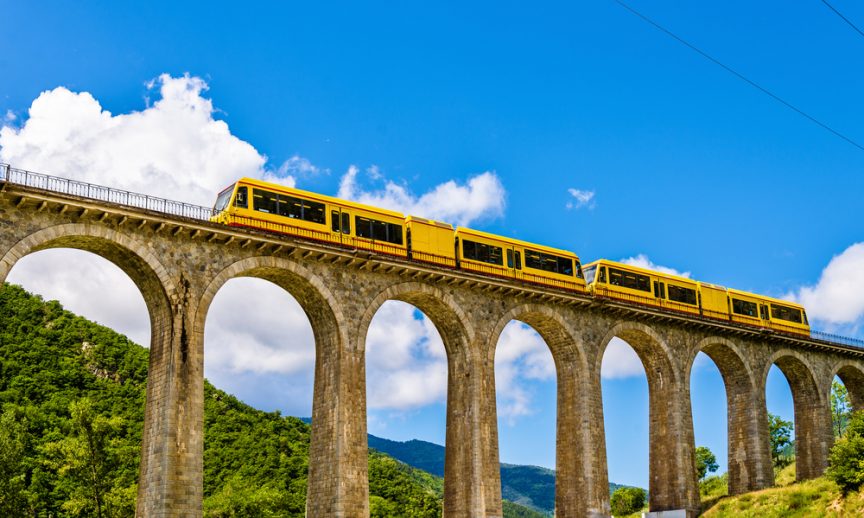 The SNCF — France’s national rail line — will face its first-ever competition from private companies starting in 2021, but the carrier will be well-prepared. Check out the ultra-modern new high-speed train model that the SNCF plans to release in the coming years.

The people of France have relied on a nationalized rail system to travel around the country for decades, but in the next two years, the system is getting a major shakeup. The SNCF, France’s national carrier, will have to compete with other, private rail lines on primary routes starting in 2021.

The SNCF has 80 years of experience operating around 32,000 kilometers (20,000 miles) of track throughout the country, and should be perfectly prepared to take on challenges from the private sector. But the carrier isn’t content to rest on its laurels: it’s unveiling a new high-speed train model that is both cheaper and more fuel-efficient than the engines used by its current line of TGV high-speed trains. France plans to have 100 of these trains active by 2023, which would give them the most modern fleet of high-speed trains in the world.

This new model, which the SNCF has dubbed the TGV 2020, costs $1.6 million less per train to make than previous models, while also consuming 20% less energy. The system used by the TGV 2020 is similar to that of many fuel-efficient “hybrid” cars, with the energy used to brake the train transformed into electricity to power the very same train. That system is not just efficient, but powerful too, with the new trains projected to reach top speeds of up to 220 miles per hour.

But this new high-speed train offers more than just lower costs and better mileage: the engine is considerably smaller than those of previous models, creating as much as 20% more space for passengers. The new model will also have 10% larger windows, double-height buffet cars, and highly modular components that make the double-decker interior far more accessible for the disabled. Finally, nearly 100% of the materials used to produce the new trains are recyclable, making it one of the most environmentally friendly train lines ever.

Will It Be Enough?

As impressive as the TGV 2020 is, the rollout isn’t simply for the sake of innovation: the SNCF is under pressure to remain competitive as France opens up the high-speed rail industry to the private sector. The organization’s monopoly over the industry will officially end in 2021, and some reasonably believe that agile private carriers may be able to cut into the national line’s business.

That being said, high-speed rail has not been a very profitable business in France, at least up until this point. The entire industry has been largely funded not by revenue, but by subsidies from a French government that is interested in maintaining a strong transportation infrastructure. That means that if private competitors hope to turn a profit, they must either find serious new cost-efficiencies or limit their business to only those lines that have proven lucrative in the past, such as the route between Paris and Lyon.

For those private companies looking to dig into the SNCF’s natural advantage in operating regional, traditional train lines, a great place to start is to invest in patented rail lubrication products from Midwest Industrial Supply, Inc.

It’s hard to predict what the future of high-speed rail in France will be this far out. But the prospect of competition has already inspired some exciting results for high-speed rail passengers.

Prior to the announcement of the TGV 2020, the SNCF undertook efforts to expand its high-speed service, including plans to build a line along the Mediterranean coast, for example. And by relying on a partner like Midwest, rail operators like the SNCF can keep traditional rail lines on a similar path towards a brighter future.