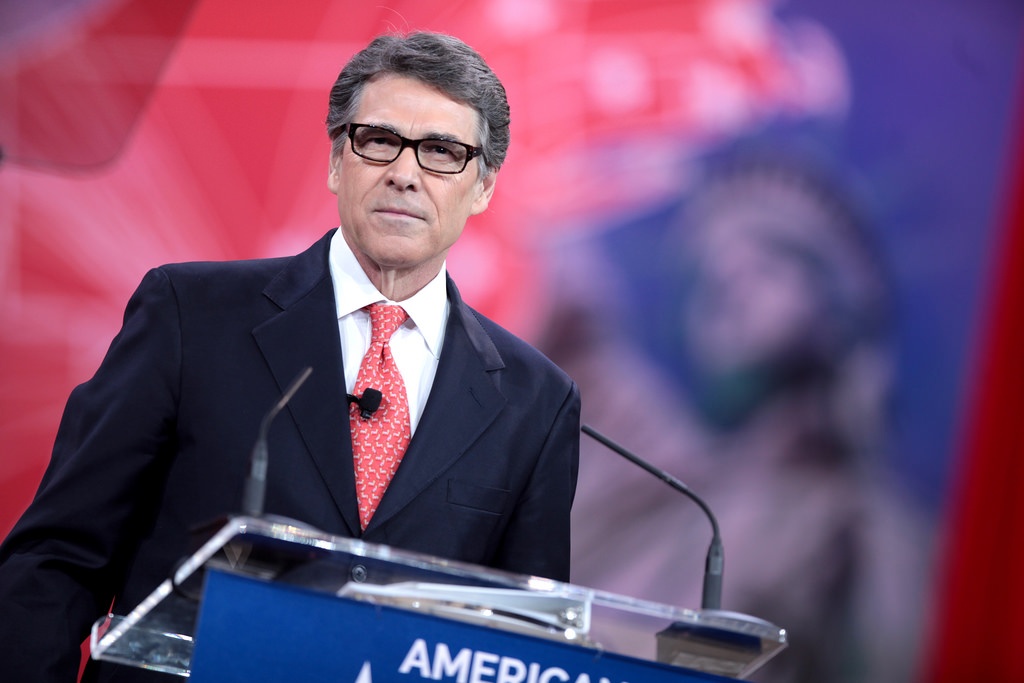 Rick Perry has been chosen to head up this crucial division of government, but what exactly does the department oversee?

President-elect Donald Trump recently named Rick Perry — a 2012 and 2016 Republican presidential hopeful — as his choice to lead the Department of Energy.

In November 2016, Perry met with Trump to discuss a Cabinet position. Though it was unclear which department the Former Texas Governor would lead, the frontrunners at the time included Agriculture, Defense, Commerce, and Energy. Perry’s selection remains contingent upon Senate confirmation after Trump’s inauguration on January 20.

What Does the DoE Do?

First, a brief history of the DoE. Its predecessor was the Atomic Energy Commission of the 1940s, which oversaw the development of U.S. nuclear weapons as part of the Manhattan Project. The AEC remained in operation until 1974, when it was combined with scattered federal domestic energy programs into what we now know as the DoE. Following the end of the Cold War, the DoE’s focus shifted to counter-terrorism, nuclear weapons, and nonproliferation programs. Now, the department is responsible for conducting laboratory testing to ensure the safety and reliability of the nation’s aging nuclear arsenal.

Today, 65% of the Energy Department’s budget is devoted to such efforts, with $27 billion allocated to defense efforts. One such organization that falls under the Department of Energy, the National Nuclear Security Administration, is “responsible for enhancing national security through the military application of nuclear science.”

Perry differs greatly from the three post-9/11 Energy Secretary selections, among whom were Nobel Prize laureate Steven Chu and renowned nuclear physicist Ernest Motiz. Though Perry has no background in physics or chemistry, his understanding of the energy business and extensive experience with domestic energy projects — almost exclusively those involving fossil fuels — could aid Trump in his attempt to make America energy-independent through federal prioritization of natural gas and coal.

Perry served as Governor of Texas from 2000 to 2015. During his 14-year tenure, he notably increased the state’s capacity for energy production. While obviously pro-oil and pro-gas, Perry also took great pride in increasing Texas’ wind energy production; the state currently produces more than three times the wind power of any other state in the country.

Since February of 2015, Perry has served on the Board of Directors for Energy Transfer Partners, which owns and operates one of the nation’s largest energy asset portfolios, comprising 62,500 miles of oil and natural gas pipelines.

Though some have criticized the pick on the basis of Perry’s background, others have expressed optimism over Trump’s selection. Spencer Abraham, who served as Secretary of Energy under George W. Bush, noted Perry’s qualifications: “The thing about the department is its diversity, and no one can have a foot in every single department door,” Abraham said. “You’ve seen people with a science background, a military background. Rick Perry has a background running a big bureaucracy, the state of Texas. I think he’ll do a great job.”

The Future of U.S. Oil

Perry has also received significant support from America’s oil industry. President of American Petroleum Institute Jack Gerard welcomed the nomination, and expressed his hope that Perry would help increase exports of American oil. “As the former governor of Texas, Rick Perry knows the important impact that energy production has on our nation’s economy. In his new role at the Energy Department, he has the opportunity to encourage increased exports of domestically produced natural gas,” he said in a statement.

At Midwest Industrial Supply, Inc., we recognize the intrinsic importance of oil, coal, and natural gas as sources of our nation’s energy. We also understand how important it is to keep operations that provide these valuable resources safe for workers and the surrounding communities. That’s why we offer a number of environmentally-friendly solutions to eliminate potentially harmful dust that can be stirred up through material handling and stockpiling processes.

Specifically, our Soil-Sement® family of polymer emulsions offers a proven means of dust control, erosion control, and soil stabilization. Its nanotechnology formulation significantly reduces PM10 and PM2.5 emissions and creates a stabilized surface that can resist shifting, breaking up, and sink failure.

If you want the best solutions to maintain a safe and environmentally-friendly industrial operation, look no further than Midwest.