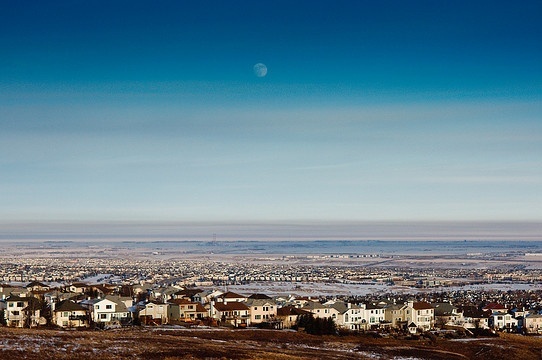 Like in many of the Canadian provinces, a large portion of Calgary’s roads remain unpaved. Recently, however, plans to pave these gravel roads have been put into action.

Within the past year, Calgary’s roads have gotten more press than usual. Over time, more and more suburban communities have become a part of the city. Since much of these smaller, not-so-urban areas have been serviced by unpaved roads for as long as anyone can remember, the presence of gravel roads had never really been addressed—until now.

Councillor Gian-Carlo Carra of Ward 9 is a very vocal supporter of the Calgary Surface Overlay Paving Program, a plan of action that he believes is long overdue and will provide a higher quality of life for many of the city’s residents. According to the Calgary City News Blog, the plan claims deems paved roads preferable and in residents’ best interest, and that “not repaving the street now would cause it to deteriorate and require reconstruction, which has a higher cost and longer timeline than resurfacing.”

But are any of these claims true? It’s likely that we will not truly know the answer until after the fact, but there are some important factors to consider.

Deciding whether or not to pave city roads is a huge decision—and an expensive one at that. The initial round of paving with the Surface Overlay Program would cost $4.1 million in total. Though this represents a sizable piece of the city’s budget, the program’s proponents claim that it will end up saving the government $5.4 million in maintenance costs over the next thirty years. But while paving Calgary’s roads to save money is an appealing idea, the findings of some recent research complicate this proposal.

The Case for Gravel

Gravel gets a bad rap. As the Calgary Herald reports, the city’s gravel roads have been described by people like Councillor Carra as “forgotten,” a result of the city’s “[giving] up” on less populated areas. But as far as cost-effectiveness goes, gravel offers a lot of benefits. According to a Purdue University assessment of gravel and paved roads, Calgary might not be giving the surface enough credit.

While the Purdue study focused on roads in American states South Dakota and Minnesota, its main points still apply. In an assessment of surface-related maintenance cost per mile, for example, the findings showed that as long as the traffic on these roads ranged from low to moderate—meaning anywhere between 100-200 vehicles per day—maintaining the gravel roads actually ended up costing less.

Granted, it does depend on how diligent a city is in their maintenance of gravel roads and how much money is allotted for such maintenance efforts. Gravel roads commonly require “blading,” spot graveling, and dust control, rendering them mainly useful only in rural and agricultural areas that do not support time-sensitive commuting or heavy traffic.

Out of the many forms of maintenance, dust control can be the most expensive if not handled properly. Dust is an issue that, especially in more rural parts of the country, most residents can do without. The Herald refers to the houses that line each gravel road by their “dust-caked porch windows”; Metro News cited resident reports of plentiful potholes and their streets’ varying states of disrepair, It does not seem as though Calgary is investing a lot of money in maintenance—dust control or otherwise.

True, popular opinion often favors pavement. Given the low to moderate traffic flow these suburban roads will likely experience, however, leaving the gravel in place might not be the worst idea after all. If Calgary invests in proper dust control provided by a company like Midwest Industrial Supply, Inc., it can employ solutions such as Fines Preservation® to keep the road in as-built condition and successfully combat dust, potholes, washboarding, and liabilities resulting from constant stress placed on unpaved roads.