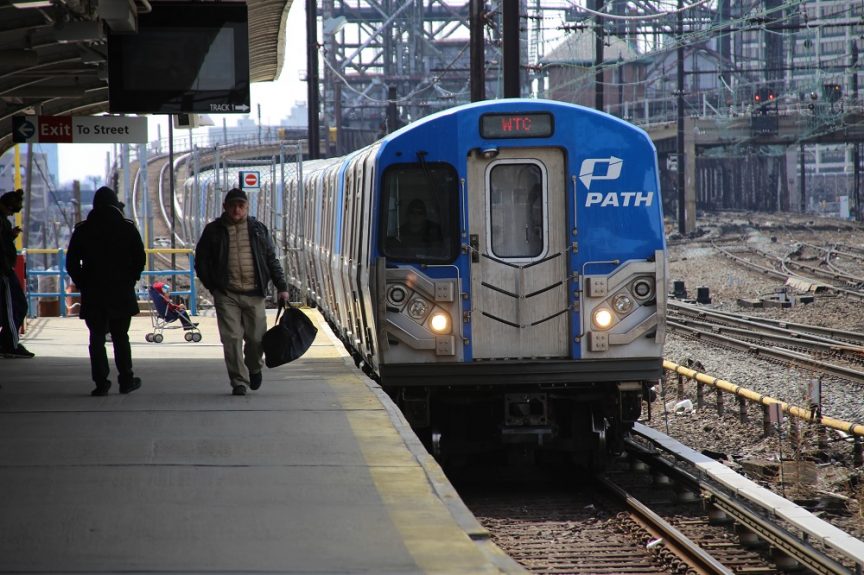 Commuters from New Jersey flocked to the PATH last year, shattering the system’s records for annual ridership. It should continue to enjoy significant growth in the coming years.

While the New York City Subway has struggled to make significant repairs in recent years, the neighboring Port Authority Trans-Hudson (or PATH) has enjoyed a remarkable revival. Just last year, the system saw ridership soar to 82.8 million, the highest total recorded since the Port Authority of New York and New Jersey purchased the rapid transit system in 1962.

As the PATH prepares for further growth in the coming years, it could become even more essential to commuters in Northern New Jersey.

While total ridership on the PATH had never surpassed 80 million, the new record reflects a consistent increase in the system’s usage over the past decade. Indeed, the PATH had already broken its ridership records twice in this decade alone, reaching 76.6 million in 2011 and 78 million in 2012.

A number of factors have stoked this historic rise in passengers. In stark contrast to the Subway, which has attracted criticism for its extensive delays, the PATH saw an impressive on-time percentage of 97.7%, according to Transportation Today. Even in light of this recent surge in passengers, this reliability has undoubtedly driven more regular ridership.

“Our performance in 2017 is a tribute to our customers and our employees, and to the agency’s enduring commitment to a safe, efficient and timely ride each day for our passengers,” PATH’s Director and General Manager Michael Marino said in a press release reprinted in Mass Transit magazine.

Scott Ladd, a PATH spokesperson, attributed the record to “economic growth and activity [in Northern New Jersey], a surge in residential development near PATH stations, and an influx of additional riders who used the system during repairs and renovation of New York Penn Station last summer.”

The PATH’s new ridership record has also encouraged the Port Authority to further invest in repairs to the system’s infrastructure. As the system rapidly approaches capacity, it’s become more difficult to ignore or delay needed improvements.

These new or forthcoming improvements include a positive train control system, a new station in Harrison, an extension of the platforms at Grove Street, and a new mobile app that informs riders of their train’s status,. Some of these projects are slated for completion by the end of the year.

As the PATH continues to gain more riders, the Port Authority will need to ensure that its trains remain in peak working condition. Properly lubricating third rails, track switches, and throw rods can help eliminate delays, accidents, and maintenance problems in any mass transit system.

Our patented rail switch lubricant Glidex® thoroughly coats vertical rail surfaces with a non-corrosive “synthetic fluid” that keeps them lubricated for months without attracting dust or sand. Designed to withstand temperatures as low as -40° F, it’s a reliable and more durable alternative to competing graphite or petroleum agents.

Regardless of your system’s needs, Midwest can work with you to devise a proven maintenance plan that heightens performance and minimizes operating expenses. If you’re looking to prepare your system for increased ridership, we’re ready to help you meet the challenge.