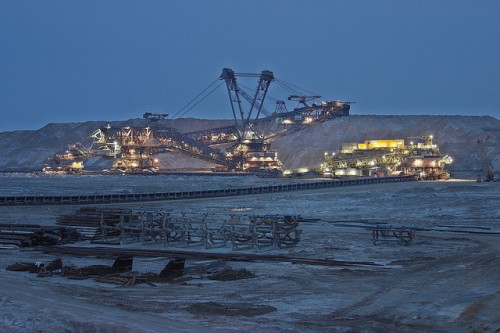 Independent financial company Balboa Capital has illustrated the importance of mining in the US.

The United States of America is known globally for many things; stars and stripes, fast food and huge cars to name but a few. Information has surfaced recently that shows America is a world leader in something that it is not as well known for – the mining industry.

Historically speaking, mining has been happening in the US since 1000AD, when the Hopi people mined clay for their pottery in the area now named ‘Arizona.’ As institutionalized mining grows tremendously, there is a need for safeguarding practices to ensure that mining is done responsibly.

Balboa Capital, a leading independent financier has put together an eye-catching diagram that explores the history of mining in the US and shows how the industry is going from strength to strength.

Perhaps most surprising is that the US is currently the top producer of clay, lithium, magnesium, phosphate, salt, silicon and sulphur, exporting over $27 billion of these minerals and materials each year. America also has the world’s largest reserve of coal and is the second largest producer of copper and gold in the world.

There are over 100 metal mines in operation in the US, representing many thousands of jobs. In fact, mining as a whole is a provider of over 3 million jobs to workers who support the industry in diverse ways.

In 2012 it was projected there would be a 12% increase in employment of mining and geological engineers over the next ten years, with 55,000 new mining employees needed to reach the increased demands which would be placed on production within 5-10 years.

Mining is big business in terms of contributing to the gross domestic product of the US, with figures around $300 billion in 2012. With the rises predicted over the next decade we can expect to see this figure rise exponentially and the industry will have to up its game to ensure steady and safe progress is made.

Of course, with the predicted level of growth, it is important that the mining industry manages its footprint efficiently to prevent environmental disasters.