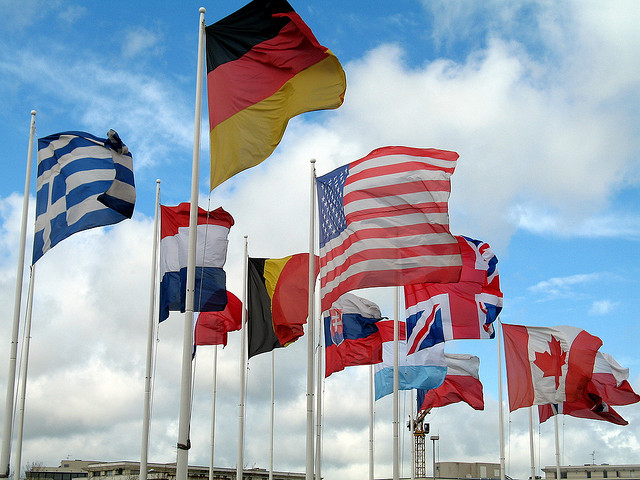 Earlier this year, in collaboration with the World Economic Forum, Yale University released the 2014 Environmental Performance Index (EPI), with Switzerland topping the list again. The index, which ranks a total of 178 countries across the world, bases its criteria on the environmental impact of human health and ecosystem protection policies.

The 2014 report is broken down by nine issues and 20 indicator categories. The issues range from air quality to biodiversity, and indicator categories in turn help define a state’s attitude towards these points. So what steps are being taken by countries—and more specifically cities—that fare best when it comes to environmental performance?

It is easy to see why Switzerland has remained number one in the index for several years. The capitol of Bern conducts frequent community-based cleaning programs with the population recycling 66% to 96% of their own recyclable materials each year.

The city enforces a wide number of environmental declarations handed down from governing bodies, including
the Swiss Federal Government, United Nations, and the European Union. Unique to Switzerland is The Swiss Agency for the Environment, Forests and Landscape (SAEFL), one of the first organizations established to address environmental sustainability.

An initiative by Swiss companies to lower CO2 emissions and their carbon footprint has proved beneficial to the country’s habitat as well. Originally funded in part by the Swiss Government, the firm Kompogas offers an innovative way to recycle organic waste and convert it into CO2-neutral fuel, gas, electric power and heat, according to Environmental Protection.

Although the EPI looks at a country’s environmental procedures when determining their results, it is not the de facto report on environmental responsibility.

Ifrane, which Lifestyle9 named as one of the world’s cleanest cities, is nestled within the Atlas Mountains in Morocco. Known as “Little Switzerland”, the town sits at an altitude of 1650 meters high and is entirely covered in oak and cedar forests. There is little industrial activity surrounding it, resulting in low levels of pollution within the water supply and high air quality.

Reykjavik, Iceland has the advantage of existing within a geothermal climate. Geothermal energy from nearby hot springs is utilized to generate electricity and heat for 95% of the city’s buildings, drastically reducing the amount of CO(2) emissions.

Even for cities like Bern, the economy is largely comprised of high tech and financial services. At no more than 52 square kilometers, the small size of the city and the focus on agriculture and services rather than manufacturing does have an effect on Switzerland’s high placement on the index.

Environment and Industry: Can They Co-Exist?

Despite the fact that Canada does fall within the top 20 of the EPI, the city of Calgary, Alberta is regarded as one of the cleanest and most environmentally responsible cities in the world. This is remarkable considering that it serves as the center of Canadian oil and gas industry.

And Alberta’s industrial output alone accounts for 48% of Canada’s greenhouse gas emissions and leads the country in the per capita disposal of Municipal Solid Waste at 2134 pounds per person. But like Ifrane or Bern, this city is located between two viable ecosystems – the Rocky Mountains and prairies.

The city government has taken big steps in ensuring that Calgary exists more harmoniously with its
natural environment.

Enacted in 2007 throughout Alberta, the Too Good to Waste program details ways to decrease the amount of waste sent to landfills. Attention was given to recycling materials left over from Calgary’s housing boom, like wood, asphalt, and concrete. This program serves in part to fulfill the city’s objective to divert 80% of city waste away from landfills
by 2020.

Community outreach has also played a key role in Calgary’s environmental success. Policies are outlined on The Green Calgary website, which offers residents advice on ways to compost, pack an eco-lunch and what can appropriately be placed in a recycling bin. Additionally, residents face fines of up to $1,000 for littering throughout the city.

Ultimately, there are a wide number of factors to consider when determining a country or city’s environmental impact. Although hardline policy enforcement has been proven to show a considerable number of environmental benefits, a see-saw relationship ultimately exists between a state’s policy initiatives and geopolitical status.

Even nations with large regulatory groups such as United States have a difficult time climbing the list due to their large industrial output. But a city like Calgary serves as a great example for other large urbanized areas caught between the seemingly conflicting patterns of environmental sustainability and industrialization.