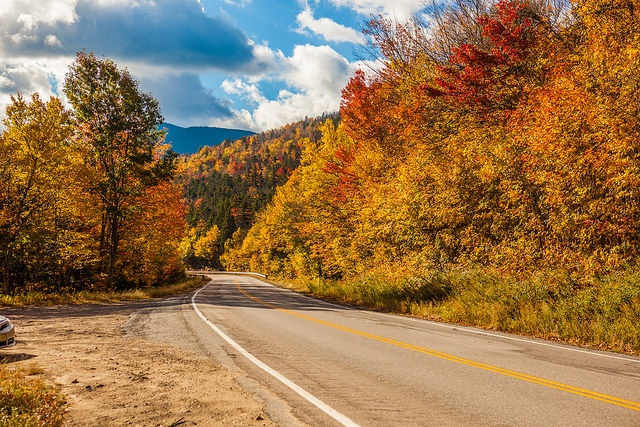 With New Hampshire’s roads in disrepair and the government planning widespread budget cuts, the state may have to find new ways to keep their roads safe.

“This is impressive in the wrong way,” she said, according to Seacoast Online — many of the state’s roads are in dire need of repaving after a bitter winter that brought freezing temperatures and record-breaking snowfall. With more funds, the NHDOT could certainly repair these roads for New Hampshire’s residents, but that money may unfortunately be a long way off.

Hassan visited several sites in Greenland, Rye, and Stratham, where the DOT had hoped to begin paving projects this year in order to repair road degradation and improve overall driving conditions — what she found was that significant portions of Route 33 and Breakfast Hill Road hadn’t been paved in over ten years.

When asked about the pending repairs, NHDOT Director of Operation Bill Janelle said, “It needs to be done. This is the right time. It makes sense economically to pave it on a routine cycle.” So there’s certainly a consensus that something needs to be done, and soon.

But It’s Not in the Budget

However, with New Hampshire legislators making significant cutbacks to the state budget, hope is fading for these repairs to be completed anytime in the near future — in total, the state’s House of Representatives plans to cut $5 million in winter maintenance costs and $42 million of the Department of Transportation’s budget as a whole.

And this couldn’t be worse news for the residents of New Hampshire.

These planned budget cuts have raised cries of outrage across the state. Casey Conley of Fosters writes that State Senator David Watters has warned the cuts will have drastic consequences for the NHDOT, as well as all of New Hampshire’s roads and highways.

Many department members would lose their jobs, which according to Watters, means that “we would be spreading people (highway crews) over many more miles.”

This can result in nearly 300 hours of overtime per person. During warmer weather, the crews repair potholes, improve shoulders, improve drainage and mow grass, among other duties.”

Both Governor Hassan and Senator Watters showered the NHDOT employees with praise for their work keeping the roads clear during the winter and pothole-free during the summer. Governor Hassan still hopes to work with the state’s senators to redraft the budget, or find a source of funding elsewhere.

The importance of the NHDOT is undeniable, particularly for Hassan, who explains, “If we keep putting [projects like these] off, it just gets more and more expensive. And in the meantime, New Hampshire drivers are driving on roads that are less and less safe.”

Midwest also offers products and solutions that help maintain the integrity of existing dirt roads, which could save the state money that could then be put toward other important projects, like snow removal or repaving.

Midwest’s unparalleled Soil Stabilization, Reclamation and Construction Solutions help mitigate the effects of heavy industry on roads and other roadways, as do their Road Surface Management Solutions, that help treat unpaved roads and minimize maintenance costs.

No matter the solution or combination thereof, Midwest has a fix for New Hampshire’s unfortunate road problem that could close the budget gap and save thousands of DOT employees’ jobs.