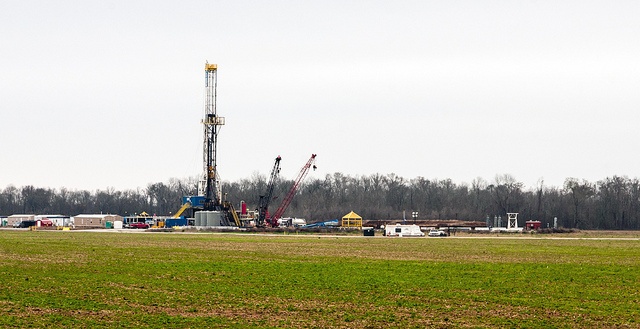 Weir Group CEO Keith Cochrane claims that “spin is beating science” in the national conversation on fracking. It’s time to set the record straight on the facts and fictions surrounding this hotly contested debate.

Over the past few years, fracking has emerged as one of the most controversial topics in recent memory. Even though fracking has provided unprecedented access to valuable natural resources, critics of the process claim that the potential environmental harm to the earth is an unnecessary risk.

Keith Cochrane, CEO of the Weir Group in Scotland, recently announced that, through the use of propaganda, “spin is beating science” and unfairly demonizing a valuable operation, according to the BBC. In order to sort fact from fiction, let’s look at the advantages of fracking and how these benefits stack up against the perceived negatives.

In his defense of fracking, Cochrane voices concern that, by adhering to an insular and self-obsessed attitude, Scotland’s energy industry could suffer while other nations pull ahead. “If there’s one thing you learn quickly at the helm of an international business,” he says, “it is just how fiercely competitive the global marketplace is.”

Cochrane further points out that Scotland, and even the United Kingdom in general, should take notice of how this industrial practice has helped to revamp America’s energy industry.

According to an article published on drillinginfo, the advantages of fracking are not only plentiful, but unquestionable. One of the most important aspects of fracking, for instance, is its effect on American consumption of, and consequent dependence on, certain kinds of energy.

By providing a clean and abundant energy source, fracking has dropped the price of oil by almost 20%, and natural gas prices in America have similarly plummeted. What’s more, the U.S. has dramatically reduced and even eliminated its dependence on OPEC nations like Iran and Saudi Arabia.

Fracking also provides a robust industrial foundation for a developed nation of any size. With its ability to deliver jobs and affordable energy, the industry acts as a veritable nutrient that helps any infrastructure thrive.

Despite the numerous advantages of fracking, there are still a number of myths that continue to distort its overall perception. Critics commonly complain that fracking can aggravate earth tectonics and cause earthquakes in the surrounding areas.

But according to Ernie Rutter of the University of Manchester, while fracking does affect the ground to some extent, it is not nearly enough to even be felt on the surface, as the BBC reports.

Another popular myth about fracking suggests that the process contaminates groundwater, and ultimately, the population’s drinking water. Although this was once a reasonable concern for only those living in close proximity to a fracking site, Freedomworks tells us this issue has already been fully addressed and officially debunked.

All fracking sites are fortified with layers of steel casing and concrete in order to keep the operations separate from the area around it. The drilling is also closely monitored by teams of individuals highly trained in safety precautions.

What’s more, there are plentiful resources for research that provides a fairly stable picture of this still controversial subject — The Marcellus Center for Outreach and Research (MCOR), for instance, is one of the most reliable sources on the subject available today.

The Future of Fracking

As we can see, fracking is a wildly effective operation that promises enormous benefits on a global scale. By generating jobs and eliminating dependence on foreign energy, fracking has the capacity to galvanize a nation and transform its economy. And while environmental risks do exist, there are technologies in place that are fully capable of addressing these issues.

Midwest offers solutions to common problems faced by leaders in the oil and gas industry, including industrial road maintenance, stabilization for compressor sites and drilling pads, and optimizing your drilling activities.