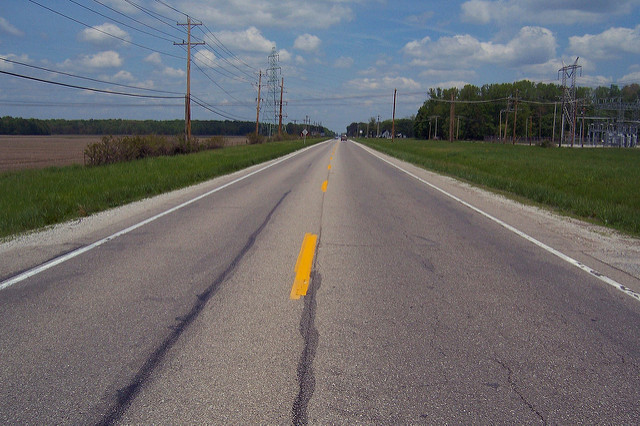 With limited funds remaining an issue, many jurisdictions in Michigan have been forced to return paved roads to gravel — but some local officials may be on the path to the best solution.

As the home of the American auto industry, Michigan may not have a problem manufacturing cars — but the state has struggled with the maintenance of the roads all those cars are driving on. According to the University of Michigan, a poll revealed that only 19% of local leaders consider their roads to be in “good condition,” and with funding to support county road maintenance and repairs tied up at the legislative level, as the Detroit Free Press reports, officials chose to revert formerly paved roads to gravel surfaces as an alternative.

County officials have struggled to find the resources necessary to implement short-term road repair, much less long-term fixes. The statewide May 5 Road Proposal would have provided new funding for road repairs and infrastructure, according to BallotPedia — but the measure was defeated in the most definitive vote since the adoption of the state constitution.

Due to the lack of money, 71% of officials who reported their county’s roads as being poor admit they can only focus on short-term maintenance projects, like patching potholes. Since townships do not receive direct funding from state taxes to sustain road maintenance, they can only rely on support from county road agencies. “If your roads get to a certain point of disrepair, give it up. You’re not going to be able to make a significant difference, to get over that hump again with the current road funding situation,” said Tom Ivacko, overseer of the Michigan Public Policy Survey program.

With little hope of fixing the current roads, reverting to gravel surfaces appears to be the only option to keep drivers safe. More than 1 in 10 Michigan jurisdictions have decided to return local roads to gravel in the past five years, and the practice is gaining traction with the current funding climate, according to Michigan Live. “I think we were kind of surprised at how consistent that was across the state,” said Ivacko of the rise in road repurposing. “We looked at regions, and at least 10 percent of jurisdictions in every region are taking that action, which seems like a pretty extreme action to take.”

Statewide, 12% of local officials have opted to grind up the existing surface and convert to gravel over repairing paved roads. In the Upper Peninsula, where roads are heavily affected by severe winter weather conditions, 22% of jurisdictions favor the gravel option.

Although heavily trafficked highways would be poor candidates for gravel reversion, local township roads in Michigan can be safe, reliable surfaces for motorists to use as unpaved gravel roads. The Federal Highway Administration reported that in 2012, nearly 35% of roads in the U.S. were unpaved, according to the Federal Highway Administration — but only accounted for 2% of fatal car accidents. If treated and maintained correctly, unpaved roads can be key transportation links.

Midwest Industrial Supply, Inc. provides a solution with products like EK35® and Envirokleen® and its Fines Preservation™ Program. The process keeps unpaved roads as stable as the day they were built. Its binder-enhanced synthetic fluids works to prevent many of the common problems unpaved roads face like excessive dust, potholes, and washboarding — and it’s environmentally friendly. Much more than a quick fix, this long-term solution requires little maintenance and reduces road life-cycle costs by 50% when compared to other means of surface treatment.

Gravel surfaces need not be considered a step backwards — especially when there is no other cost-effective option available. For the authorities in Michigan to have the best, most affordable way to keep motorists safe, choosing Midwest is the right road to take.